Joey Logano powered to Victory Lane in Sunday’s Enjoy Illinois 300 at World Wide Technology Raceway, contending through multiple late race restarts to secure his 29th career NASCAR Cup Series Victory in the No. 22 Shell-Pennzoil Ford Mustang. Logano battled a loose entry and exit condition for the opening stage, getting trapped in dirty air behind the No. 10 Ford. In the second stage, Logano had two separate pit road issues that dropped the Shell-Pennzoil Mustang into dirty air and cost valuable track position, with the team finishing 18th at the end of Stage 2. At lap 185 the Shell-Pennzoil crew elected to go with a two-tire pit stop under caution, cycling Logano from 11th to third off pit road. Logano would power to the lead with only 34 laps remaining in the race. Logano would survive multiple late race restarts, charging to his second victory of the 2022 NASCAR Cup Series season.

“Racing for the lead like that with Kyle, one of the best. It was a lot of fun. Crossing each other back and forth. I knew it was coming. I did it to him; I knew he was going to do it to me. We crossed back and forth there in the last lap there a couple of times. Good for Pennzoil Mustang for sure. Nice to get a few wins on the season here, start collecting those points, playoff points. What a great car, though. Really fast. I kind of messed up in qualifying, and Paul made a great call putting two tires on. Blaney did a great job with the push down in the one, which kept me close at least and being able to make the move. Good racing there.” 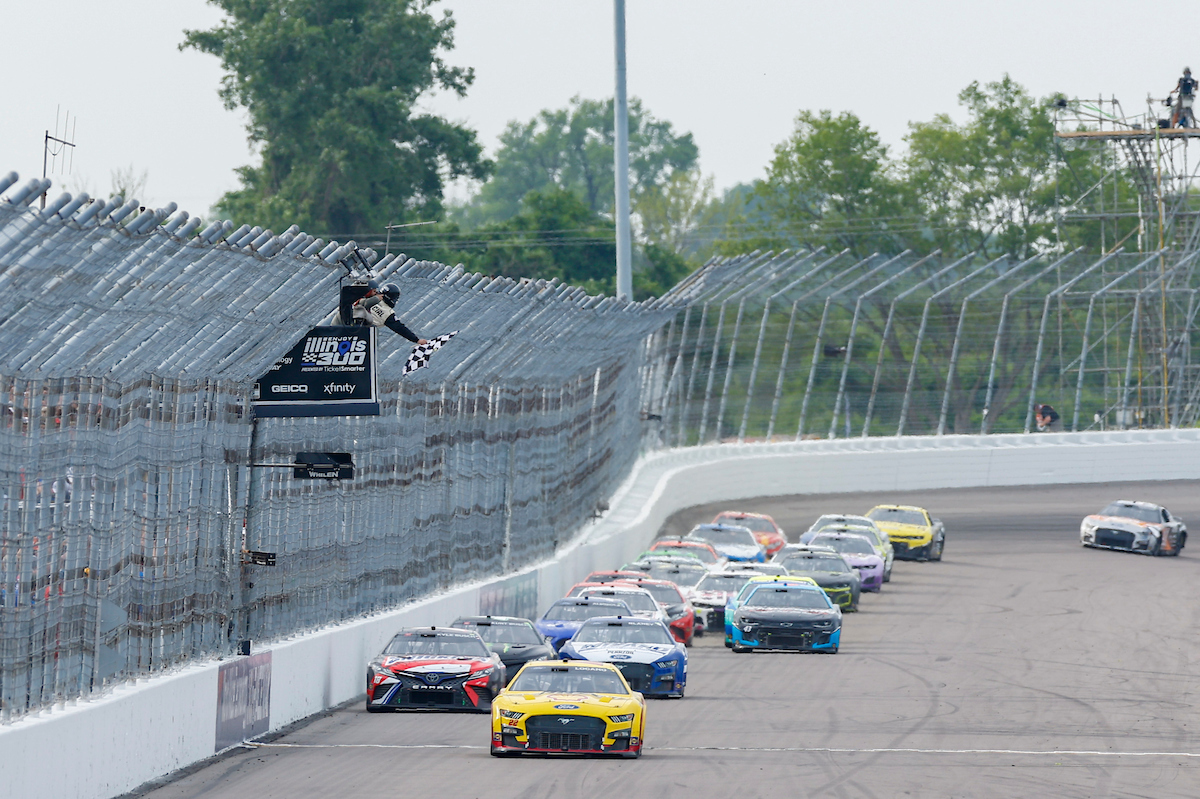 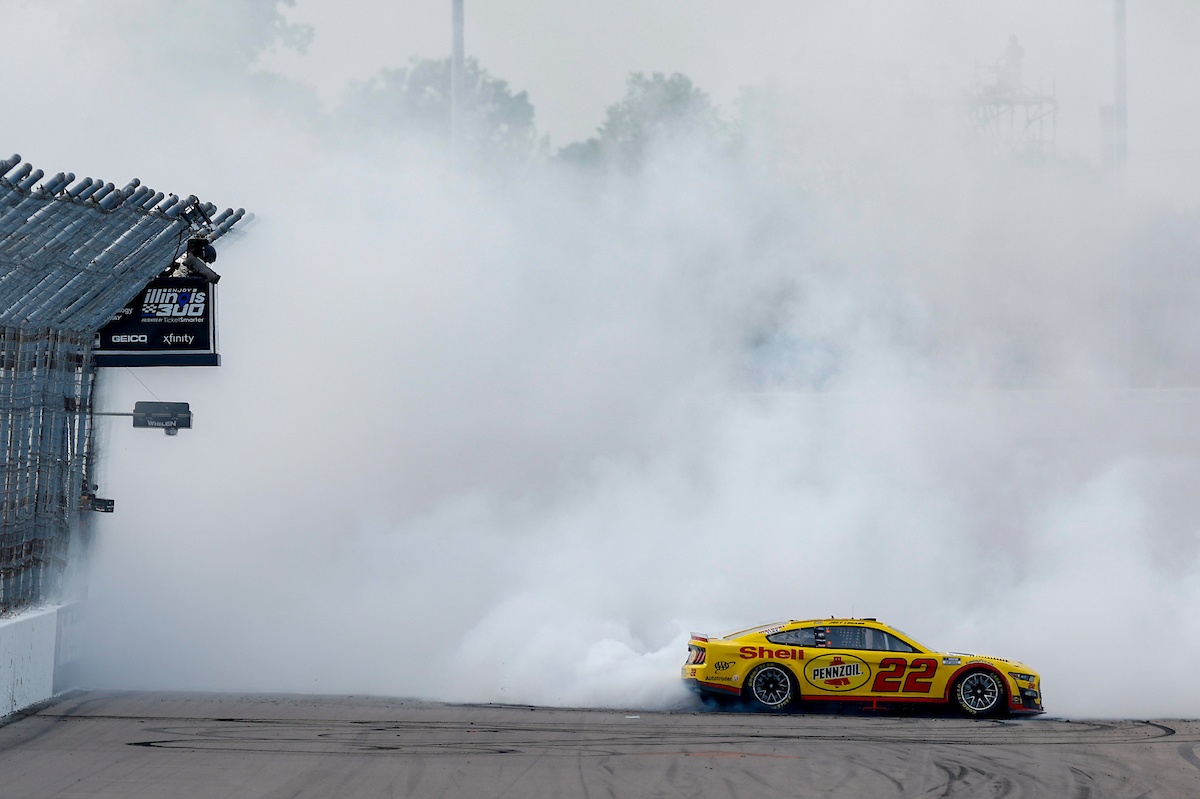 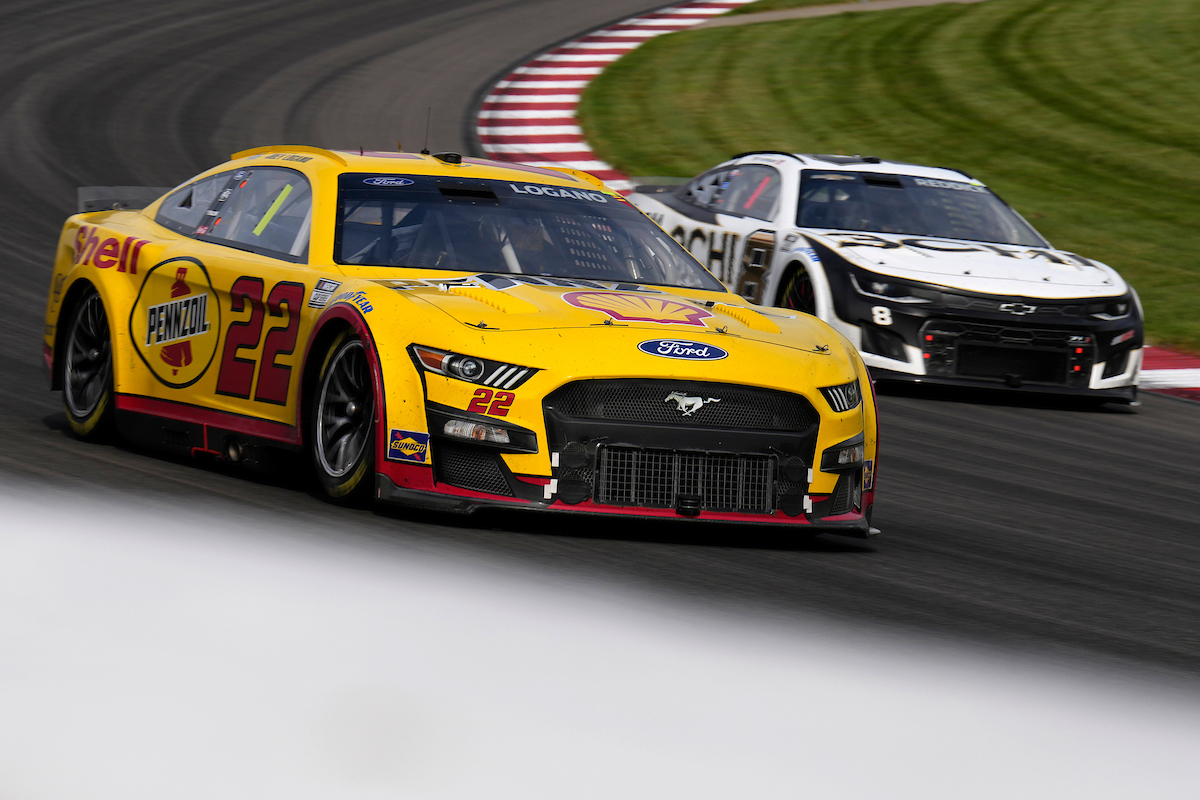 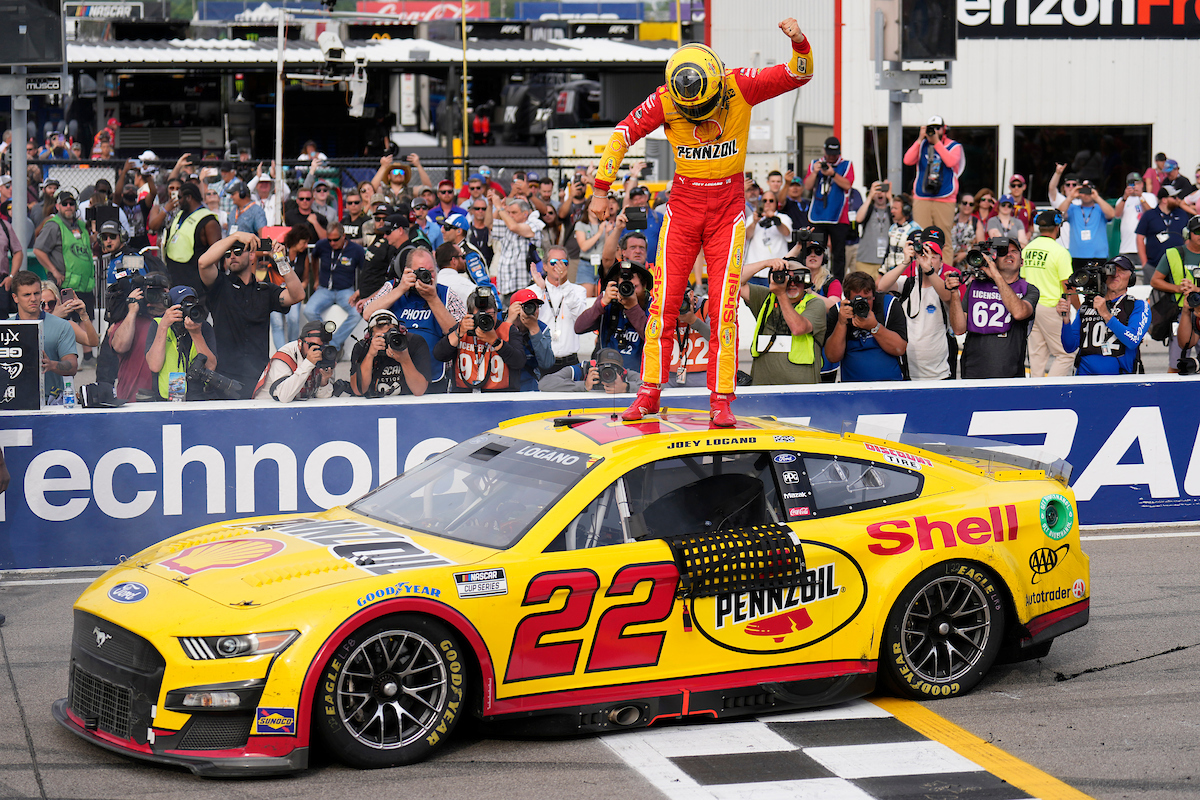 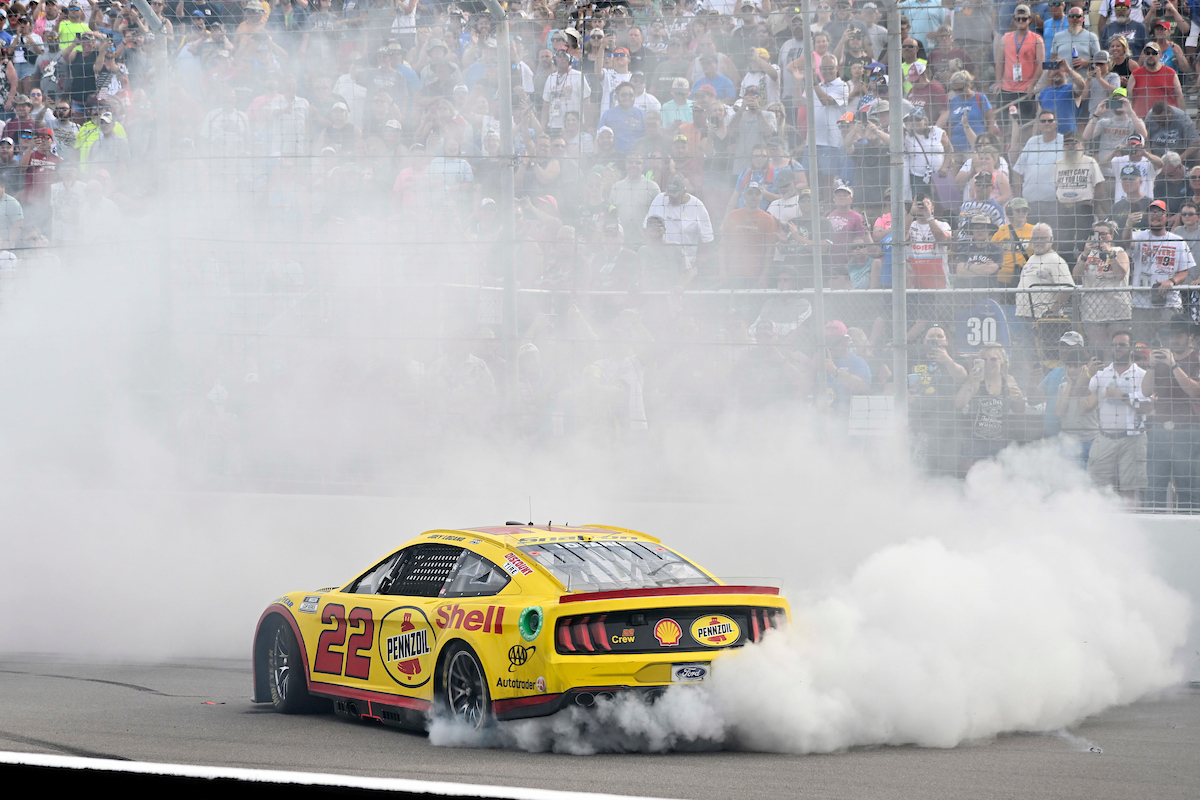 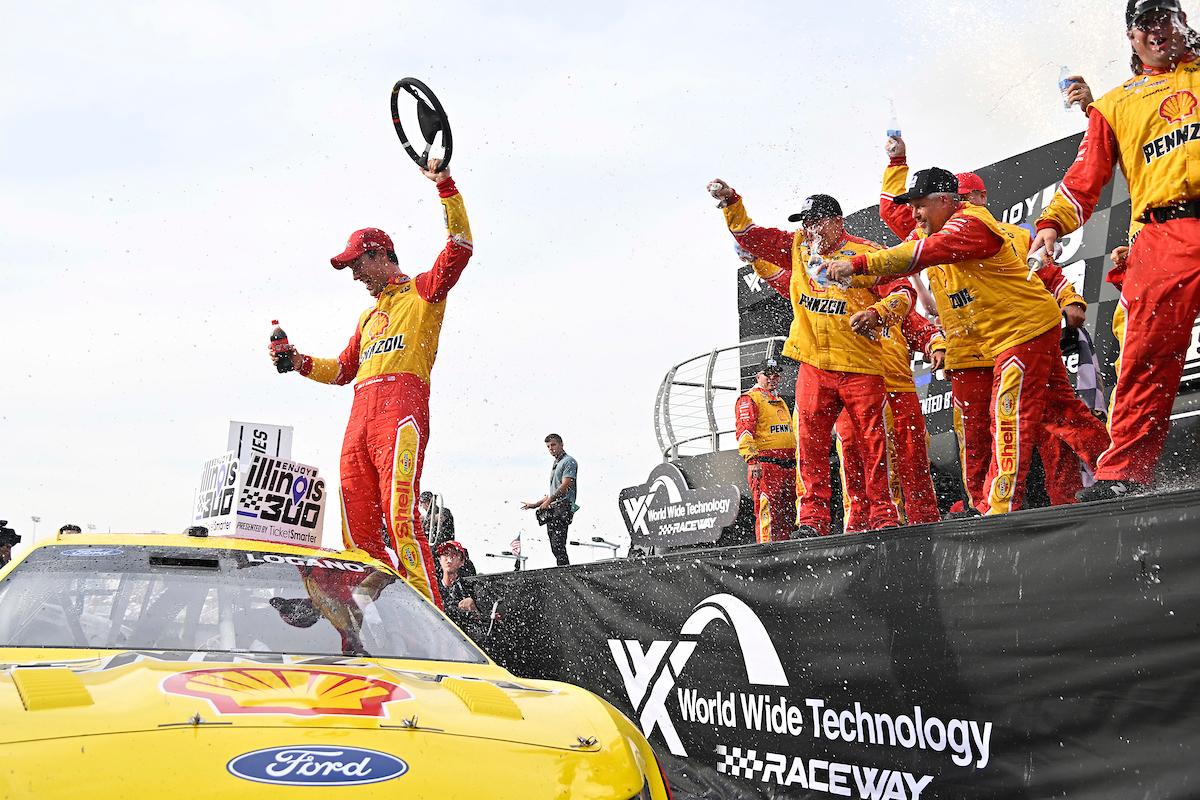 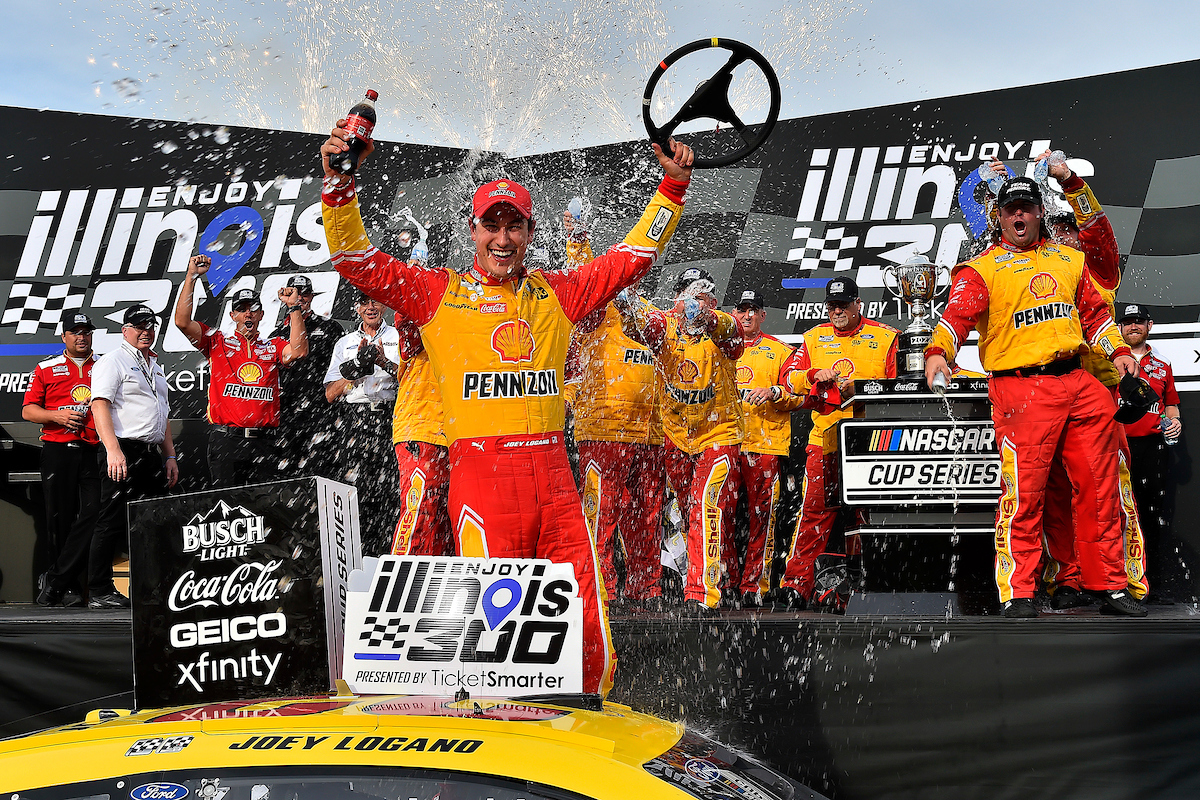 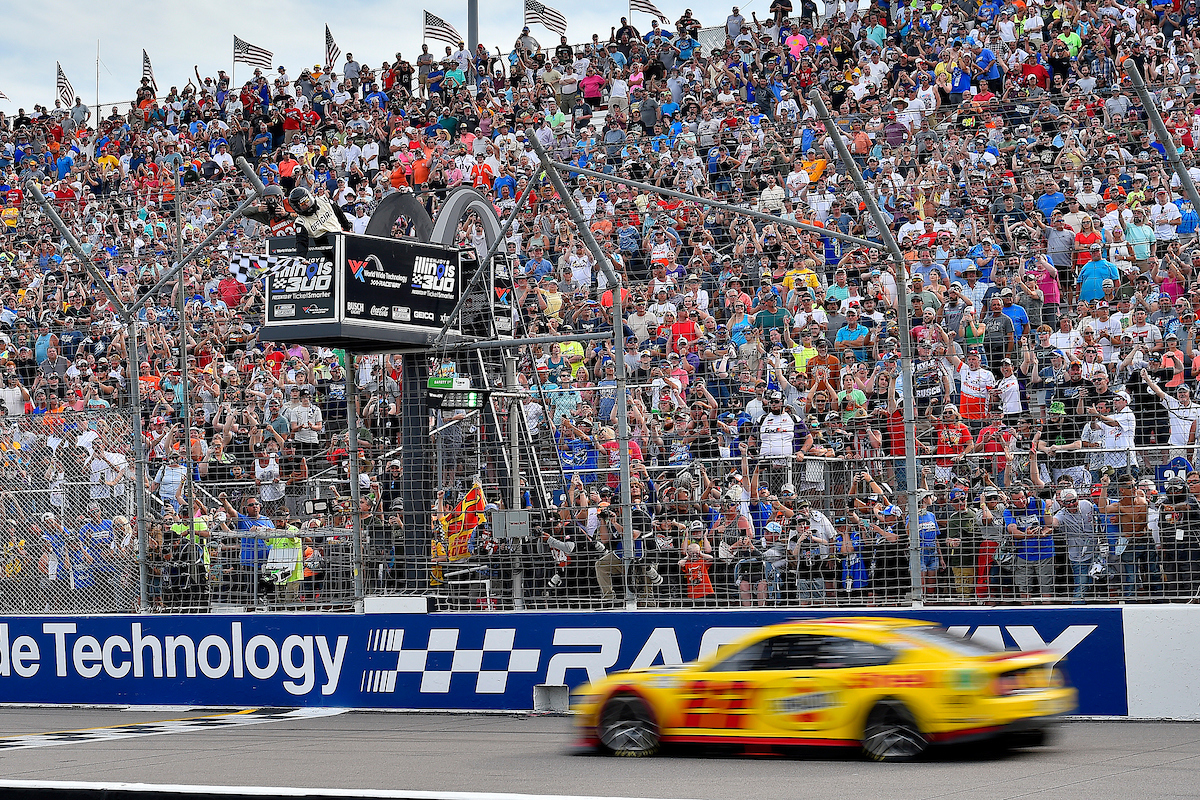 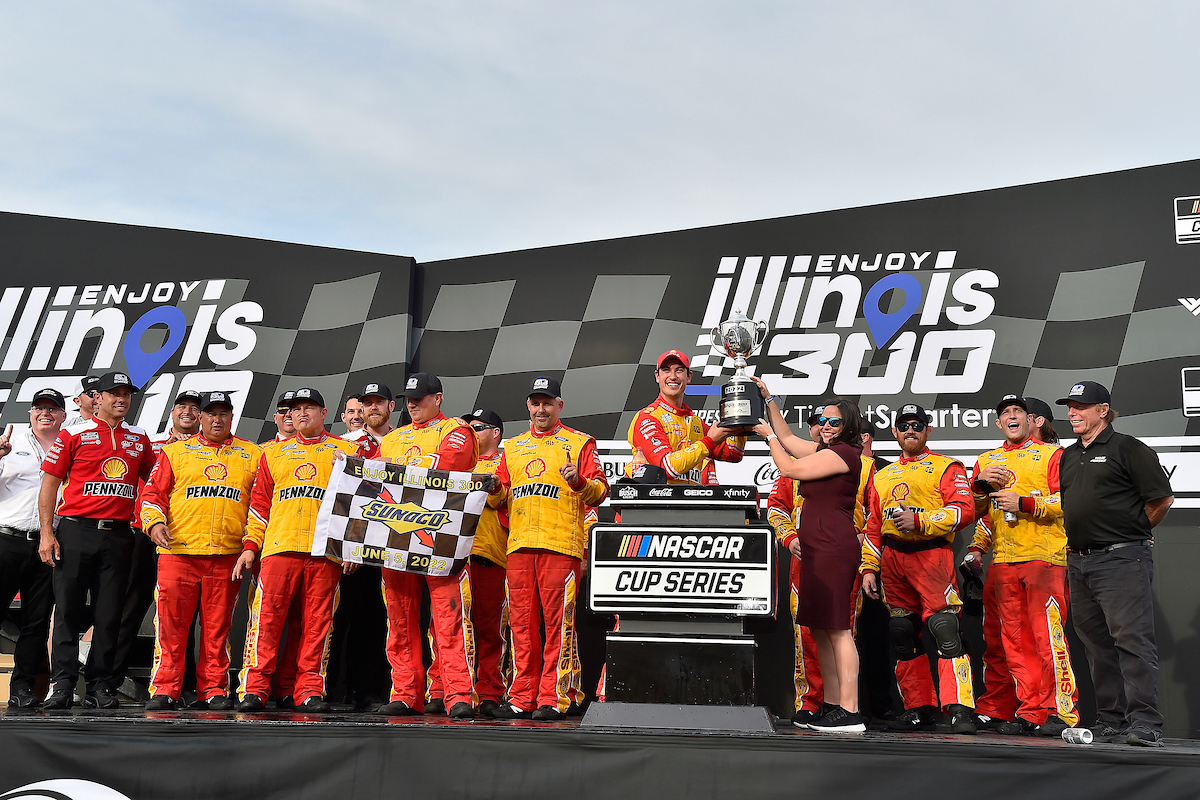 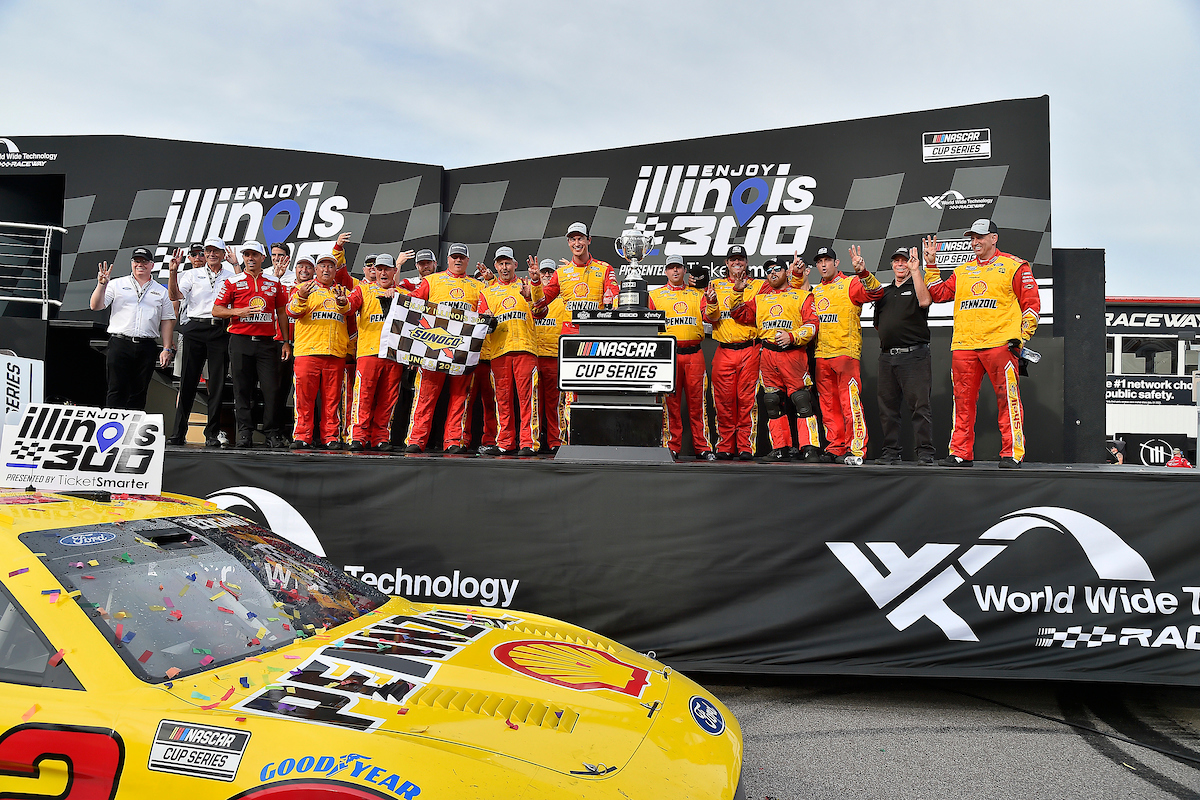 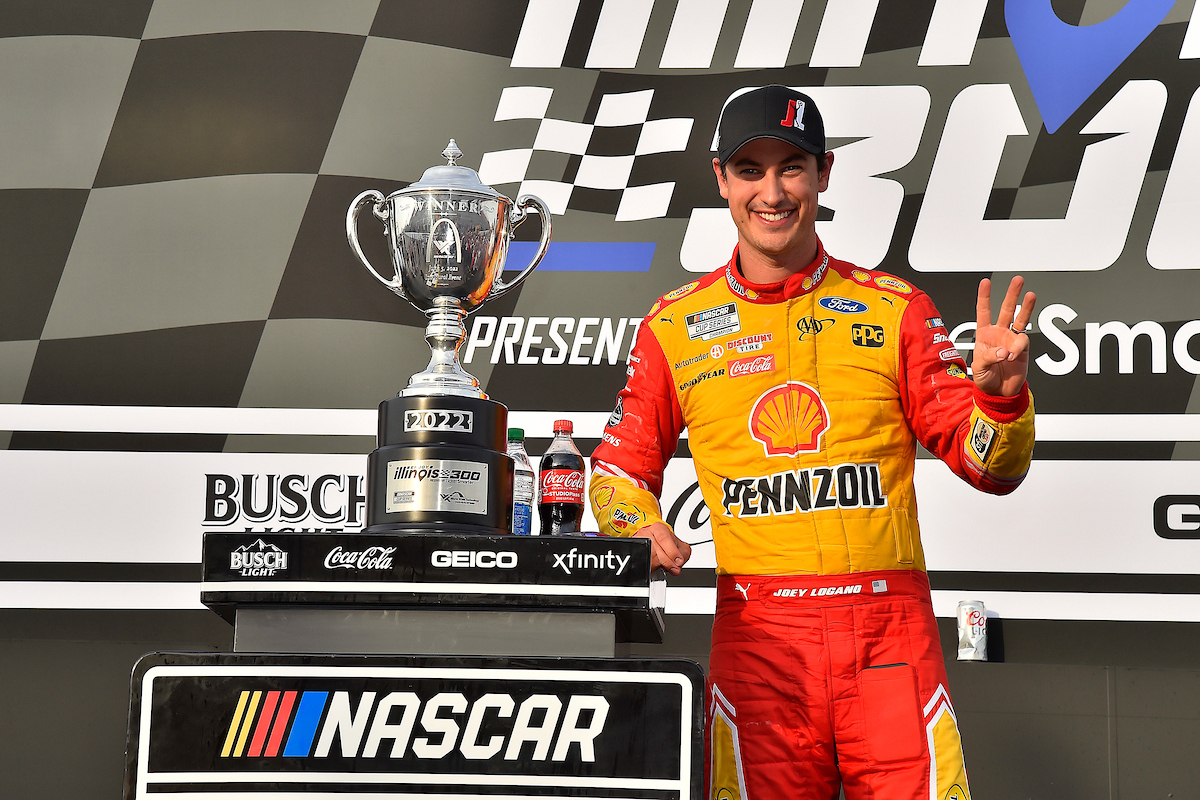 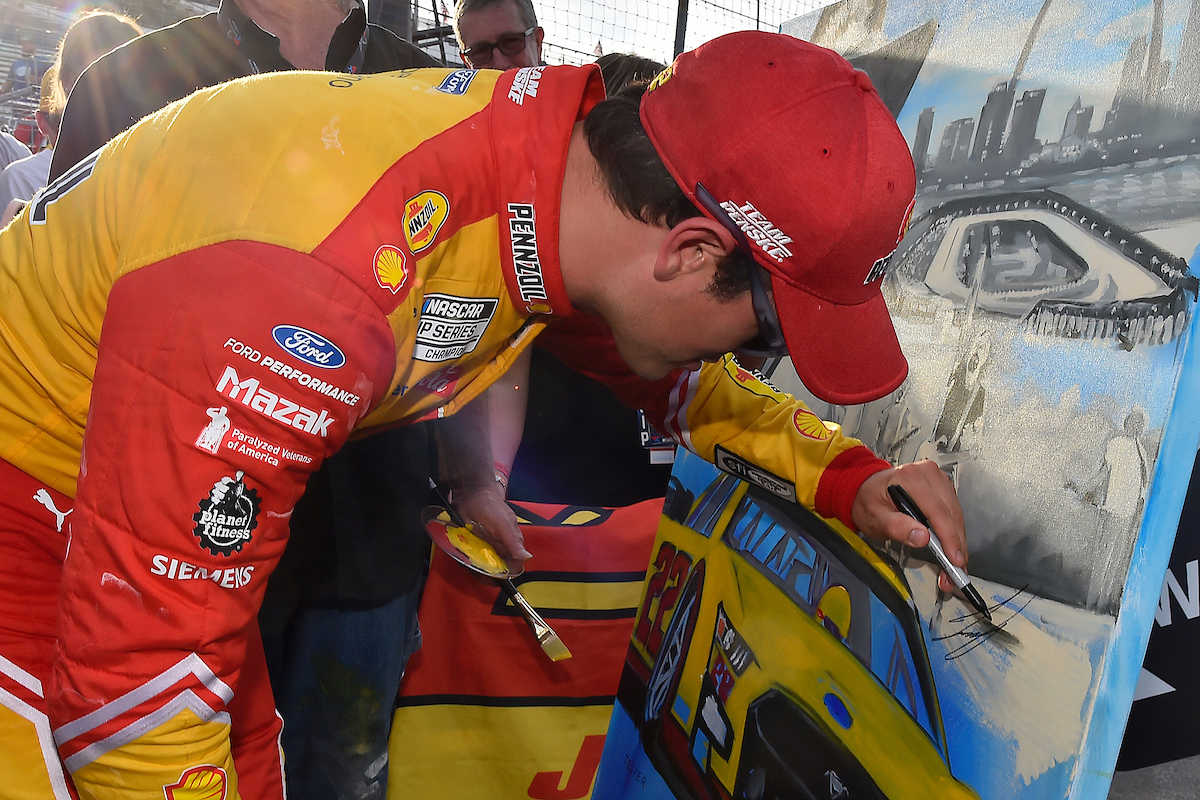 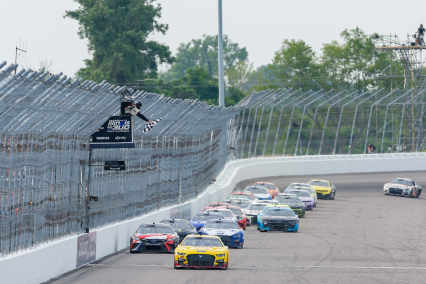 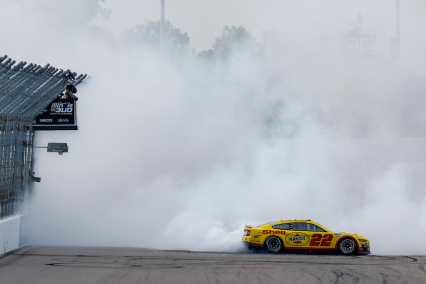 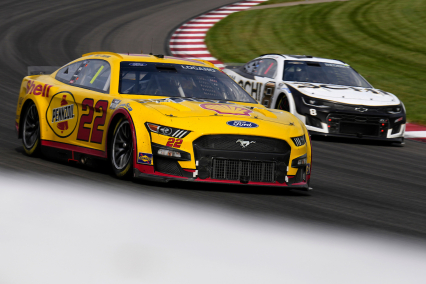 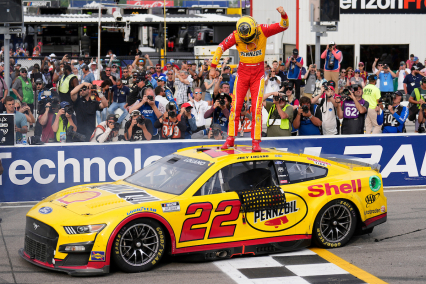 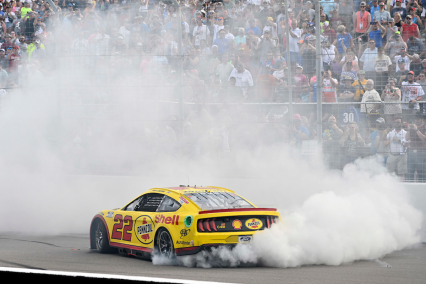 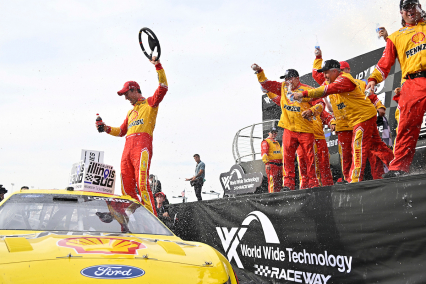 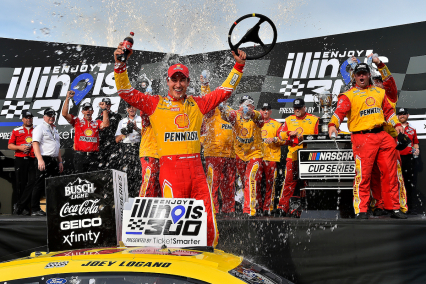 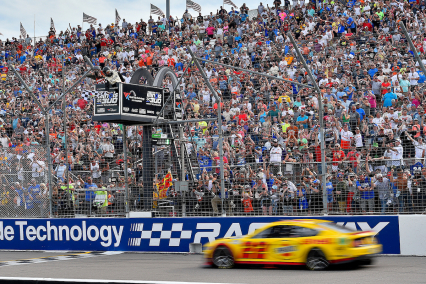 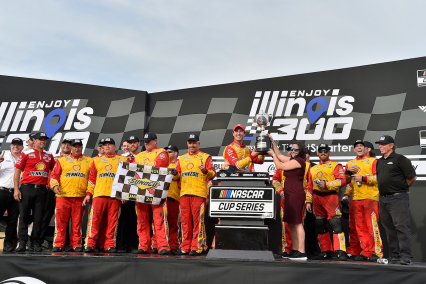 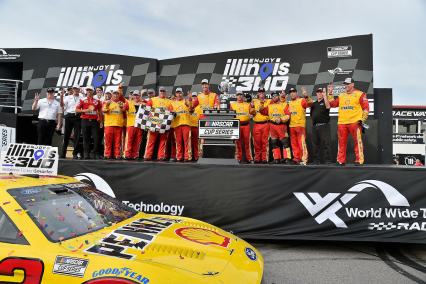 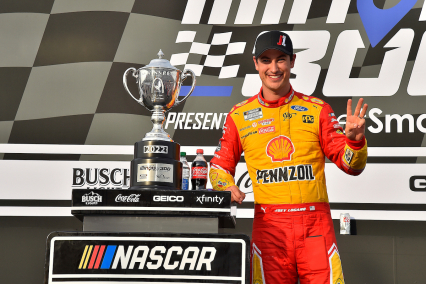 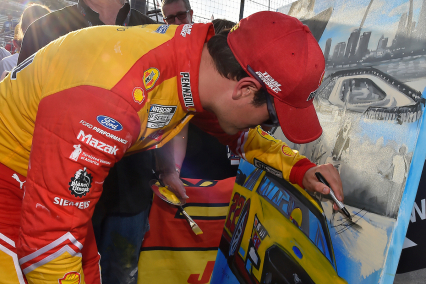