Get to Know Joey Logano 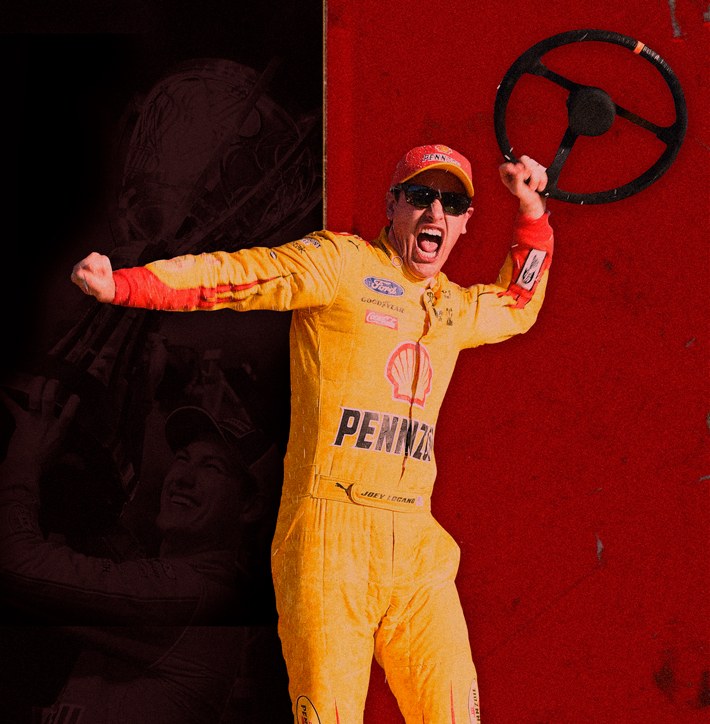 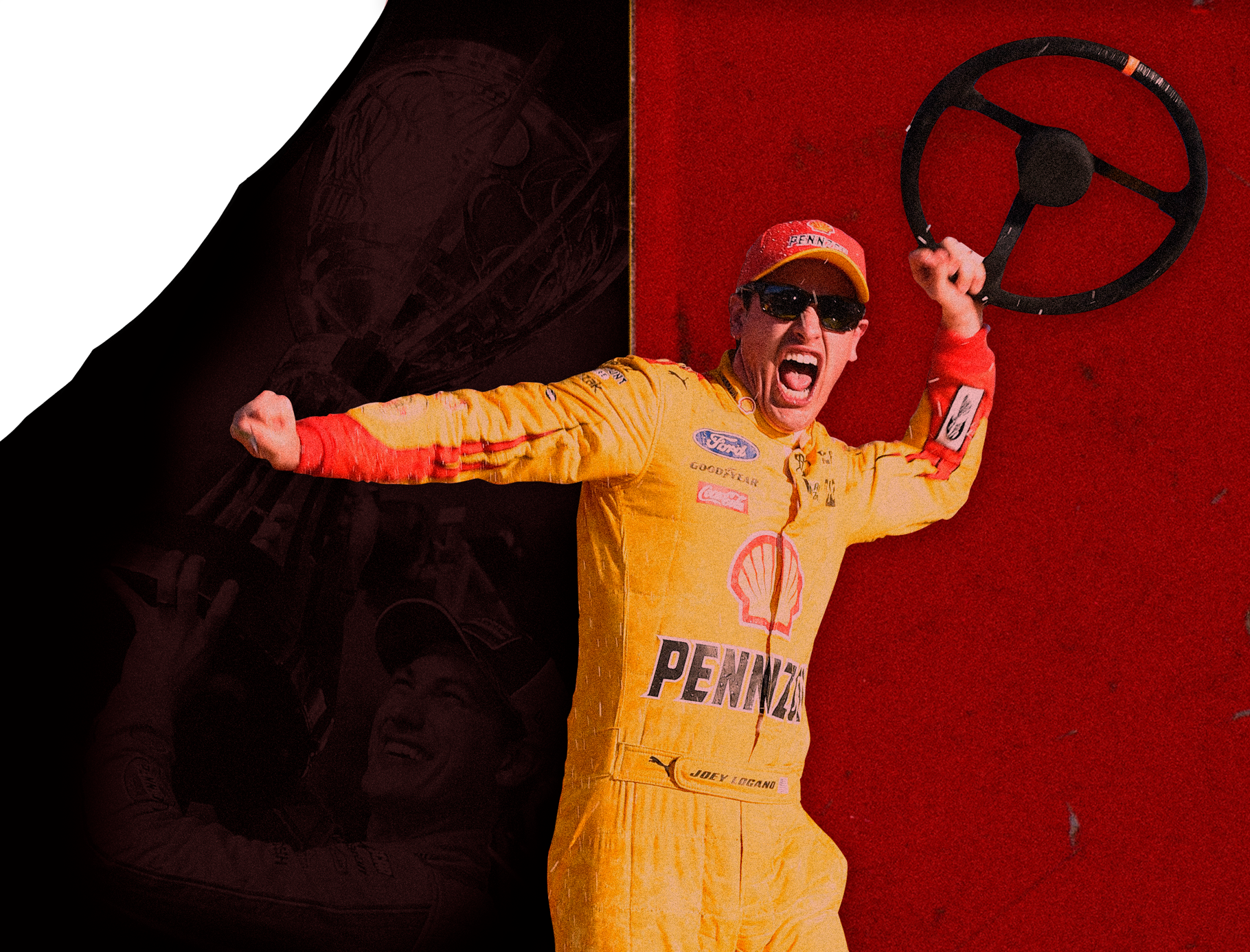 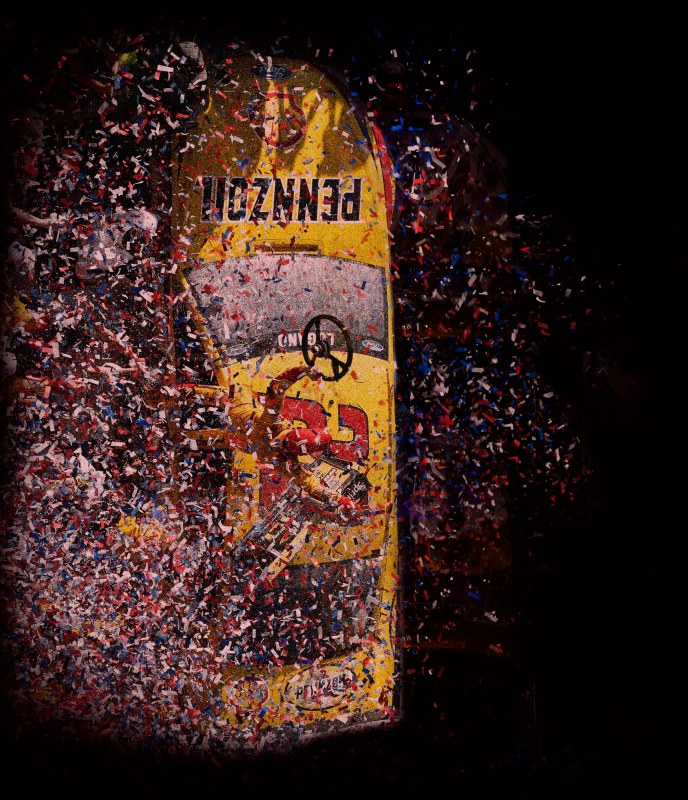 Logano continues to produce on NASCAR’s biggest stage and the veteran driver has delivered results that place him among the best in the history of the sport. He enters the 2022 NCS season with 27 career victories, which ranks 31st on the all-time wins list. Logano is also one of four drivers to have won more than 25 races before the age of 30, putting him in elite company with Richard Petty, Jeff Gordon and Kyle Busch.

Logano joined Team Penske in 2013 after producing a pair of victories in his first four NASCAR Cup Series seasons under the pressure of being identified as one of the sport’s fastest rising stars. Since he took his place behind the wheel of the No. 22 Ford, Logano has earned 24 wins – including at least one victory for eight consecutive seasons, won the Daytona 500 (2015), produced Team Penske’s second-ever Cup Series title (2018) and earned a Playoff spot in seven of the last eight years. Logano is one of only four drivers with at least four Championship 4 appearances.

In his first season with the team in 2013, Logano earned one victory, two pole positions and 12 top-10 finishes. He enjoyed a breakout year in 2014, when he scored five wins, 16 top-five finishes, 22 top-10 results and led 993 laps of competition. Logano won a series-high six races in 2015, including the biggest event of the season – the Daytona 500. He went on to record five more victories, including an incredible sweep of the Playoff Round of 12 by winning at Charlotte, Kansas and Talladega. During the 2016 season, Logano won three races and made his second appearance in the Championship 4 at Homestead-Miami Speedway, as he finished second in the final Cup Series standings – his best-ever finish at that point of his career. Though he didn’t advance to the Playoffs in 2017, Logano still produced a race victory at Richmond and 10 top-five finishes. The disappointment of not making the post-season fueled the fire for the No. 22 team’s amazing run to the 2018 title.

In 2021, Logano produced another solid NCS season, his second paired with crew chief Paul Wolfe. The duo won the inaugural Bristol Dirt Race, as Logano earned a spot in the NASCAR Playoffs for the seventh time in eight seasons. Logano and the No. 22 Shell-Pennzoil Ford team reached the Round of 8 before falling just short of a fifth appearance in the Championship 4 race. The team finished eighth in the final series standings, posting a top-10 championship season for the eighth time in the last nine years. Logano and Wolfe will look to build off the team’s 10 top-five and 19 top-10 finishes in 2021 as NASCAR ushers in a new era of competition with the Next Gen car this season.

Joey Logano will compete in his 15th NASCAR Cup Series (NCS) season and his 10th year racing for Team Penske, in 2022. As he returns behind the wheel of the No. 22 Shell-Pennzoil/AAA/Autotrader/Verizon Ford Mustang to begin NASCAR’s “Next Gen” era this season, Logano has his sights set on winning his second NCS championship.

Away from the racetrack, Logano and his wife Brittany were honored with the 2018 Comcast Community Champion of the Year award in Miami for their charitable efforts with the Joey Logano Foundation. Entering 2022, the Foundation has contributed over $4.6 million to organizations that provide second chances to kids and young adults in crisis. In addition to his charity work, Logano owns and operates Clutch Studios in Huntersville, NC, a state-of-the-art facility that the NASCAR industry continues to call home for partner production shoots and other commercial needs.

During the COVID-19 pandemic of 2020, the Joey Logano Foundation partnered with Elevation Outreach on a $1 million disaster relief fund aimed at providing much needed supplies and meals to kids and young adults impacted by national shutdown. Logano also partnered with a group to make an investment in Meriden, Conn. to repave and make other improvements to the Silver City Quarter Midget club facility, the track where Logano began his racing career.

Logano and Brittany have two young sons, Hudson and Jameson, and the family is expecting a baby girl in February.