Logano Soldiered Home to a 12th-Place Finish at Daytona

Logano Soldiered Home to a 12th-Place Finish at Daytona

Joey Logano drove the No. 22 Shell-Pennzoil Ford Mustang to a 12th place finish on Sunday in the Coke Zero Sugar 400 at Daytona International Speedway. After rain pushed the Saturday night race to Sunday afternoon, Logano locked bumpers with the No. 9 of Chase Elliott during the first stage and rode in the second position. Following a multi-car accident near the end of Stage 1, Logano was able to make some moves and win the stage. After starting Stage 2 in the middle of the field, Logano was able to drive back to the front as green flag pit stops began. Coming off pit road with the lead, Logano had no drafting help and fell back in the pack. But once again, the driver of the No. 22 Shell-Pennzoil Mustang used his drafting prowess to drive back to the front. He would finish the second stage in the third position. As the final stage began, Logano once again drove his Ford Mustang to the front. Unfortunately, Logano was caught up in an accident with less than 40 laps to go, forcing him to make repairs in the pits and losing a couple of laps in the process. Logano soldiered home to a 12th-place finish. 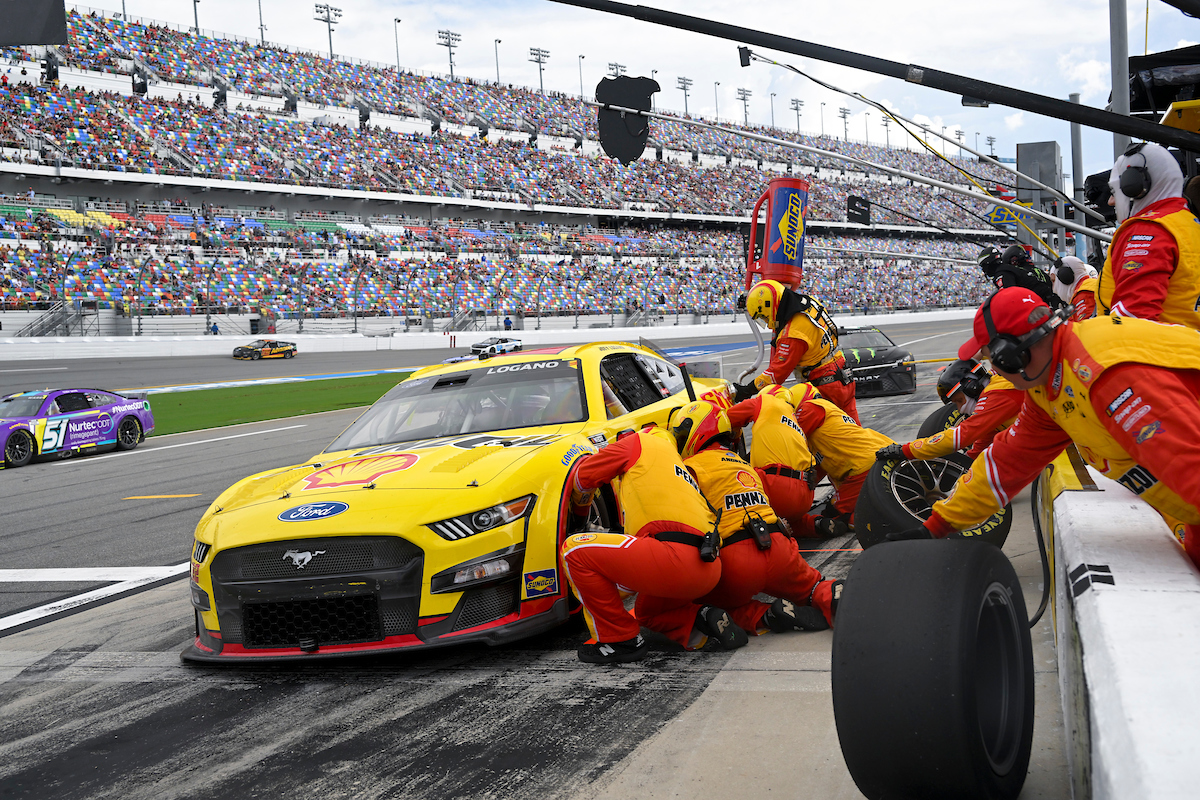 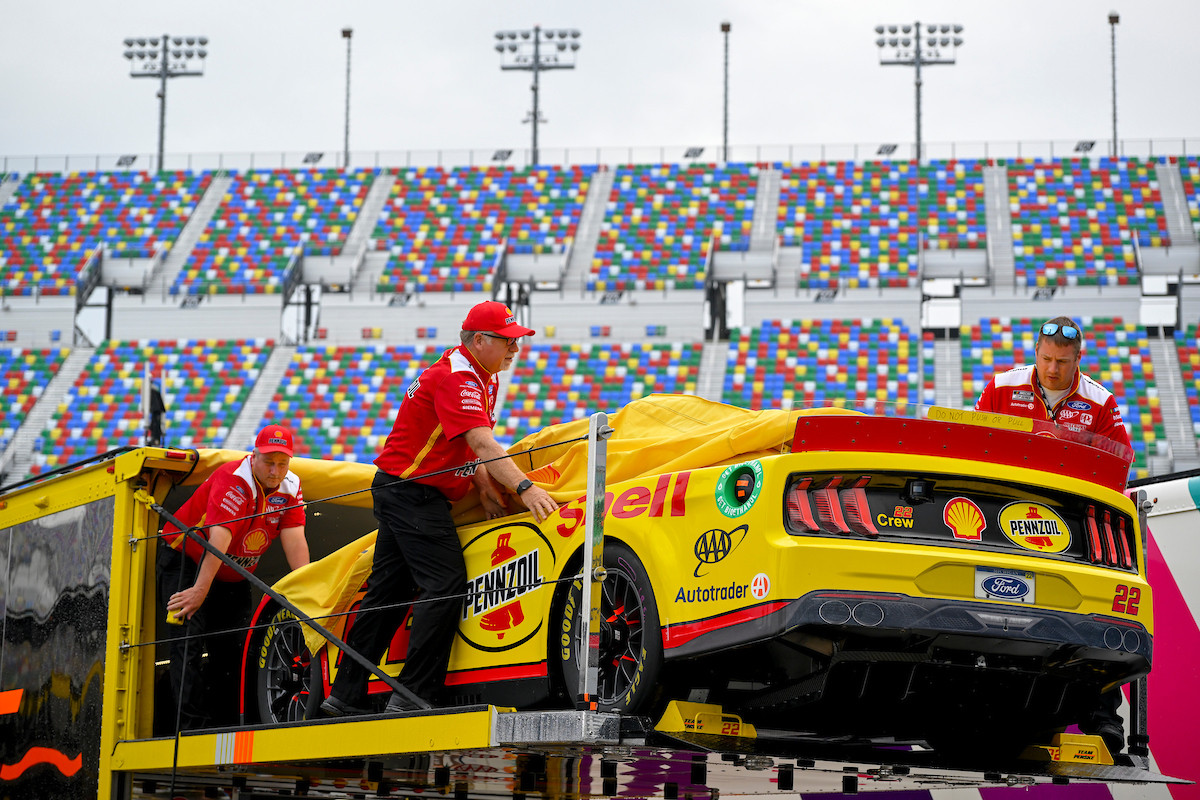 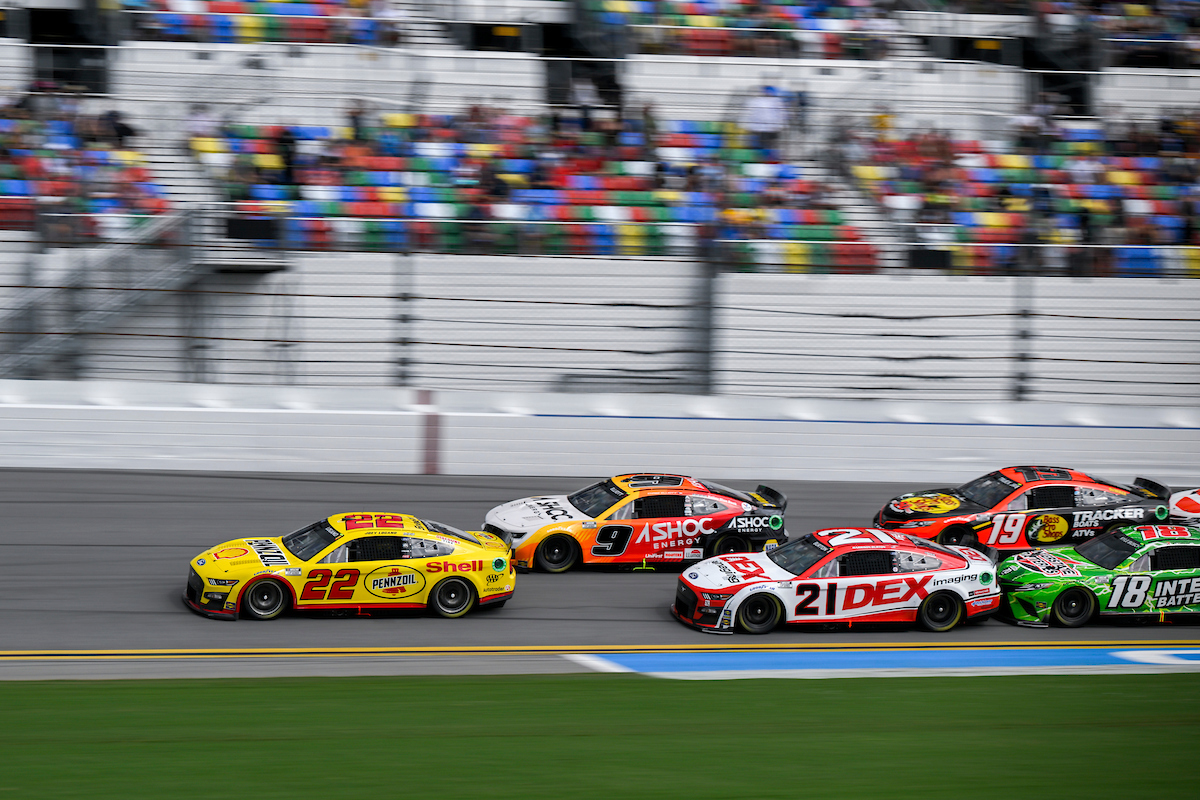 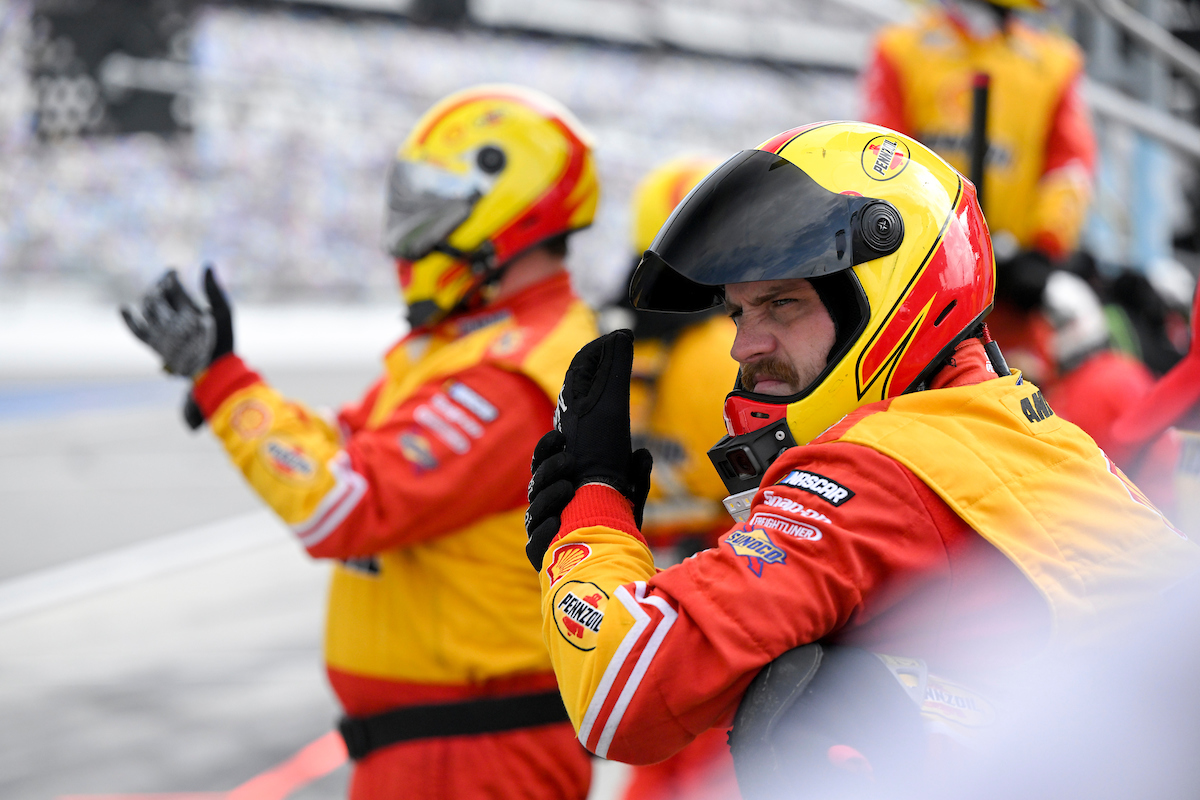 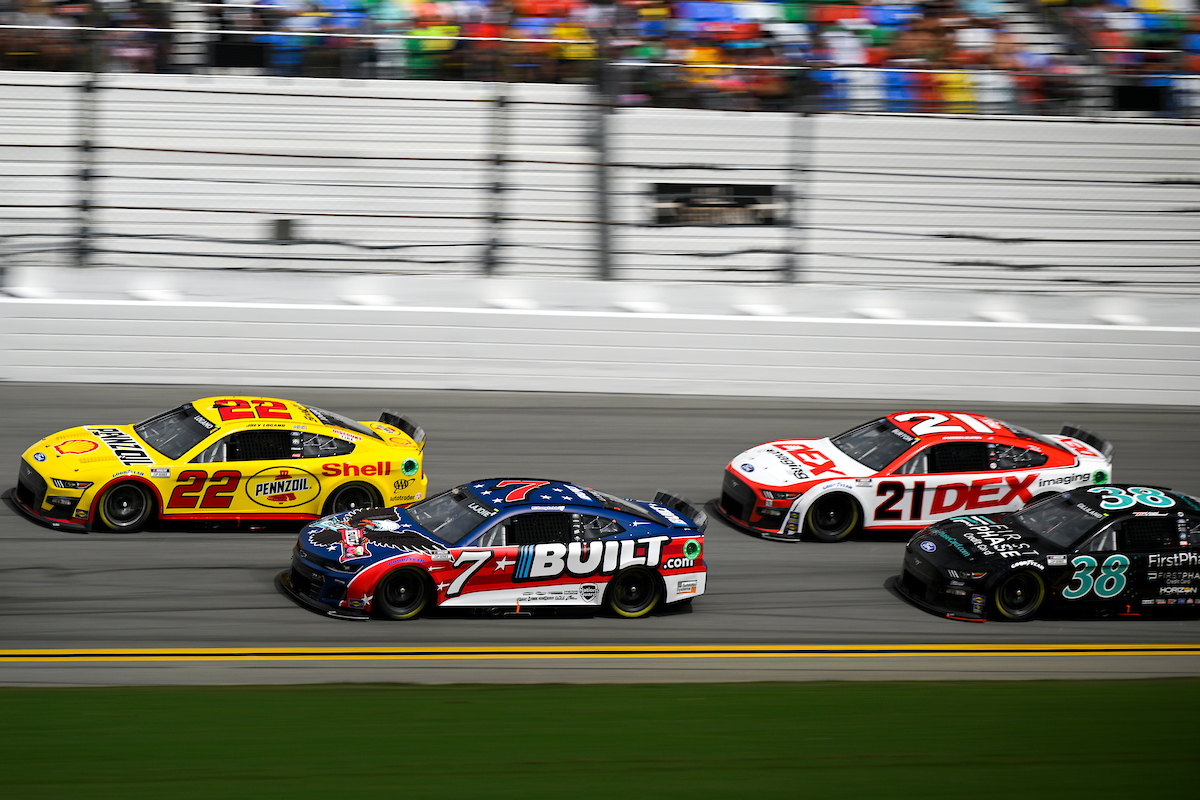 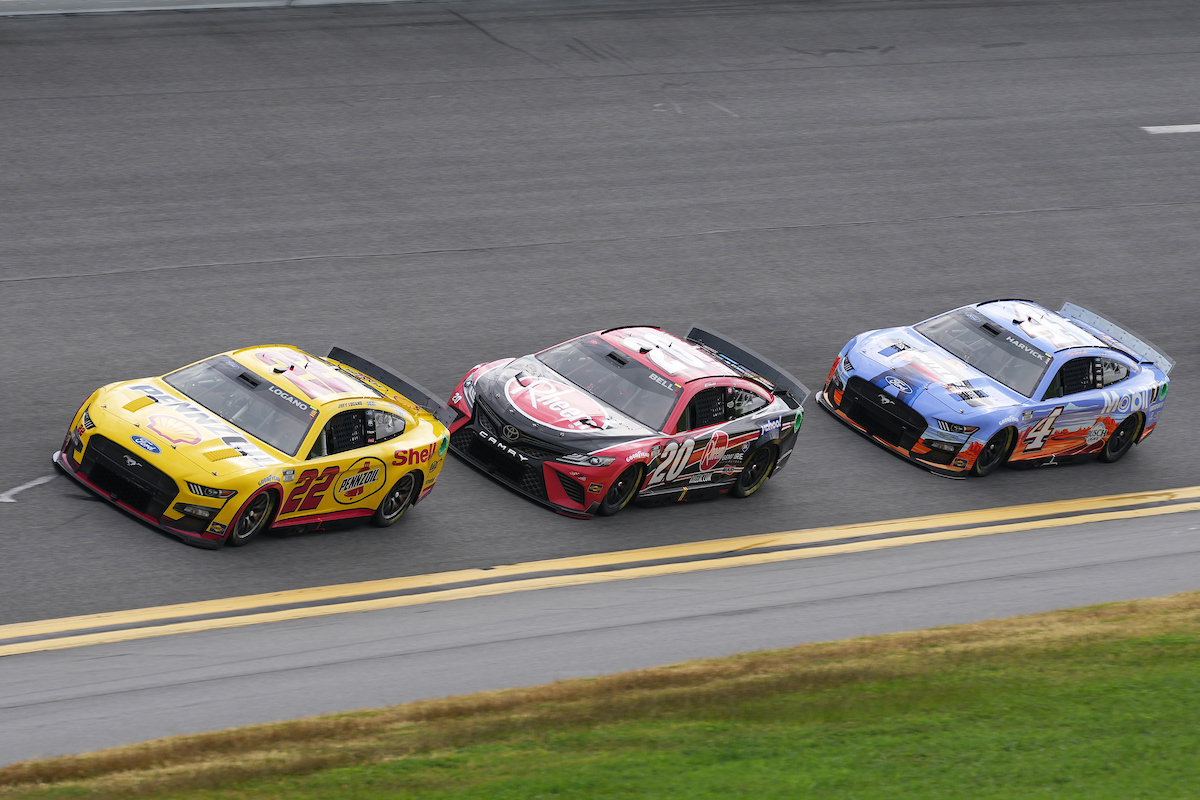 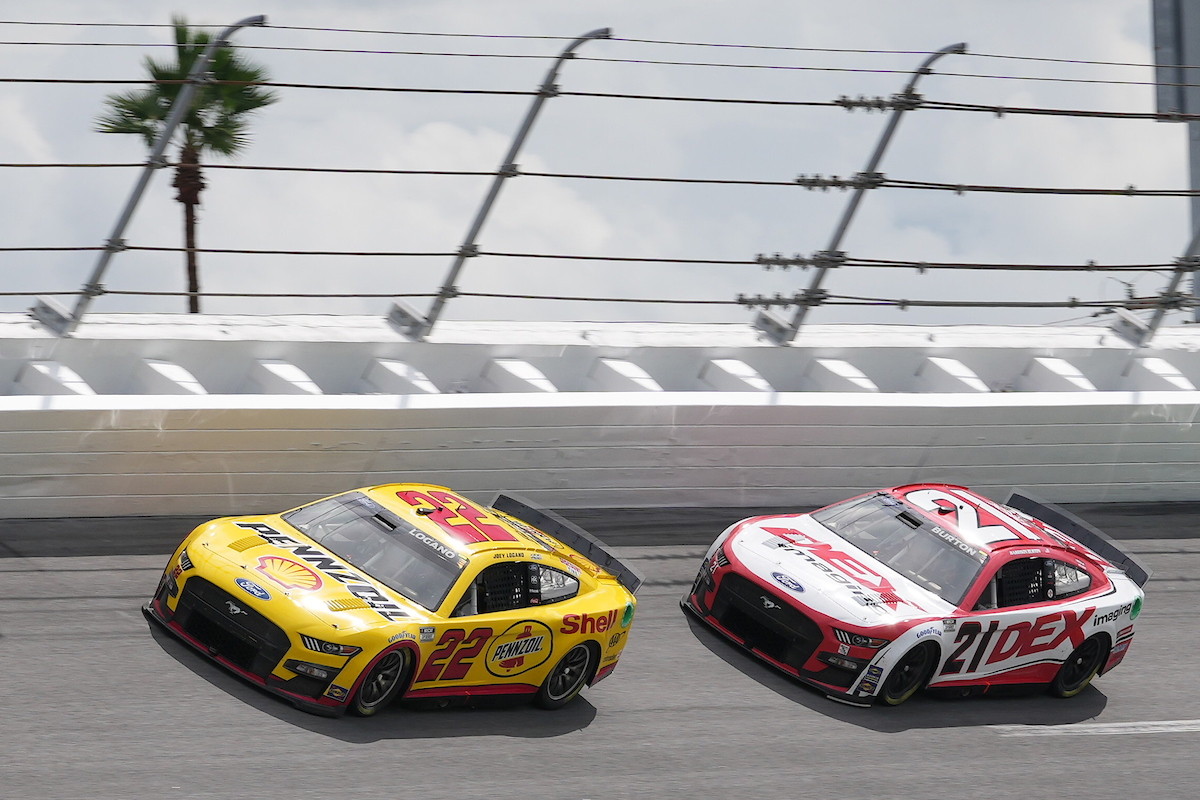 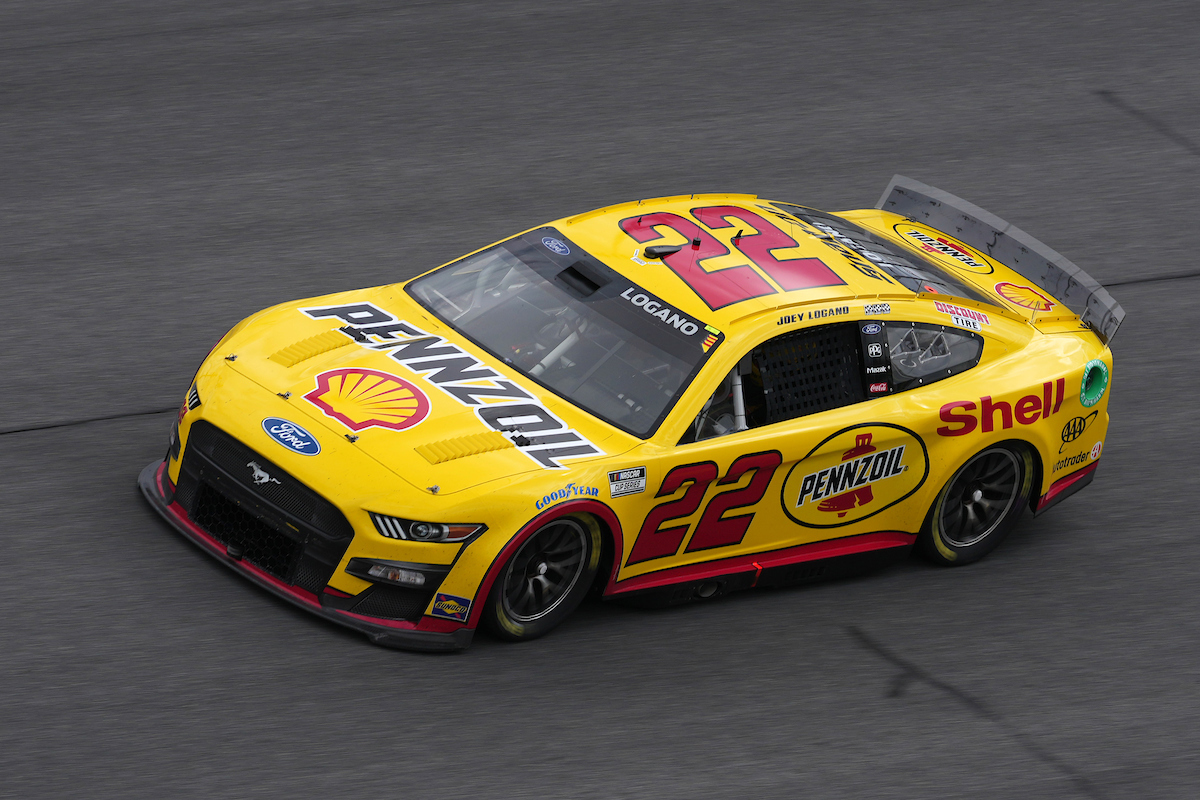 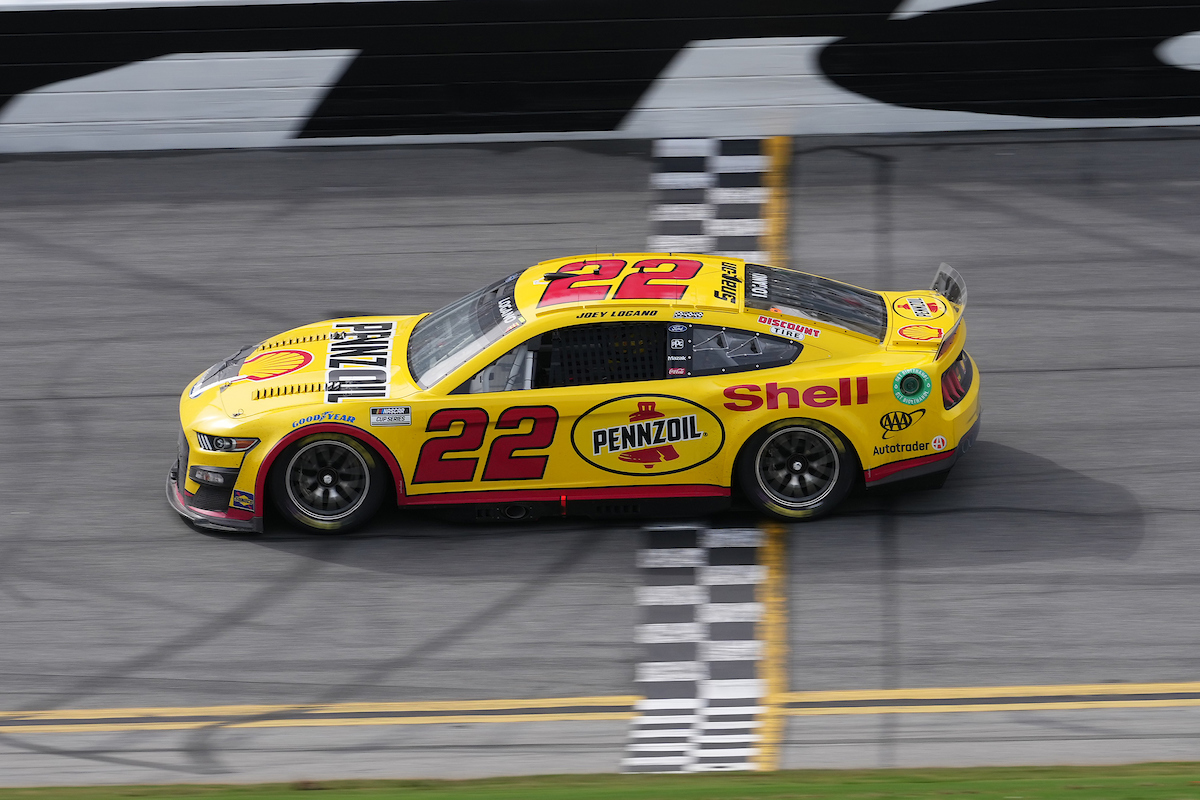 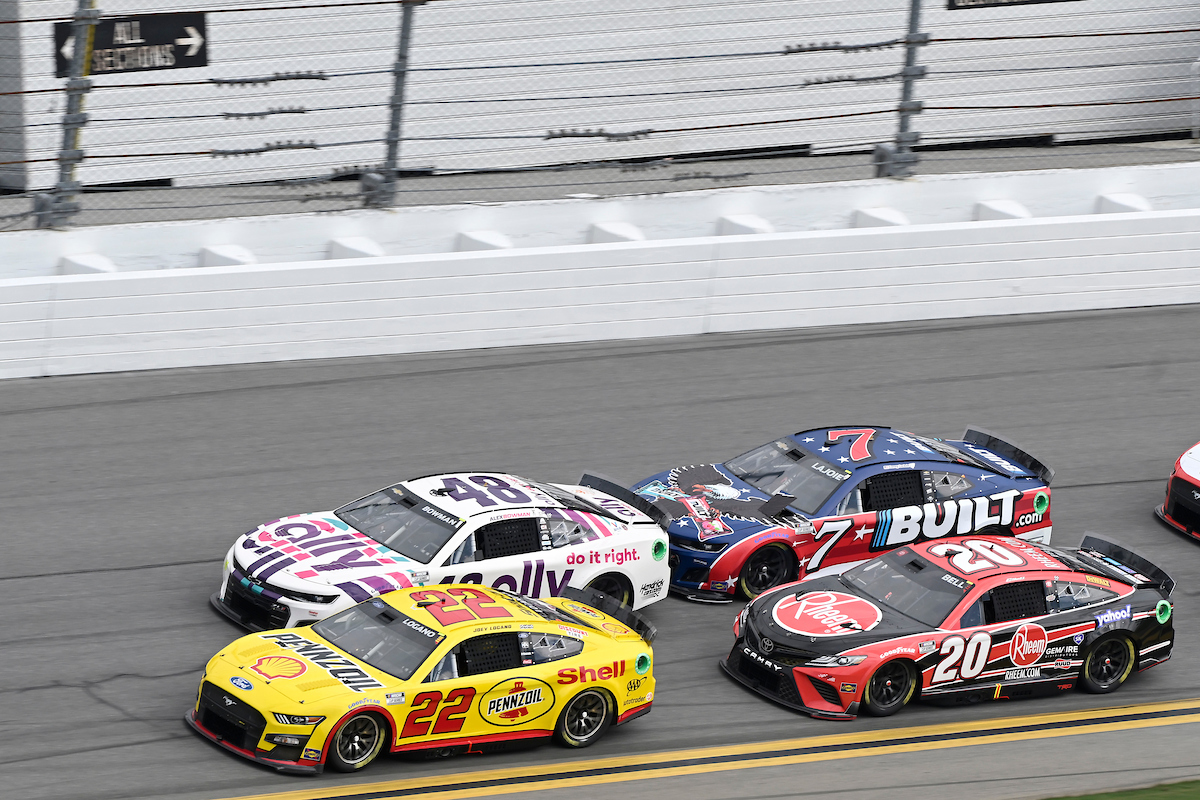 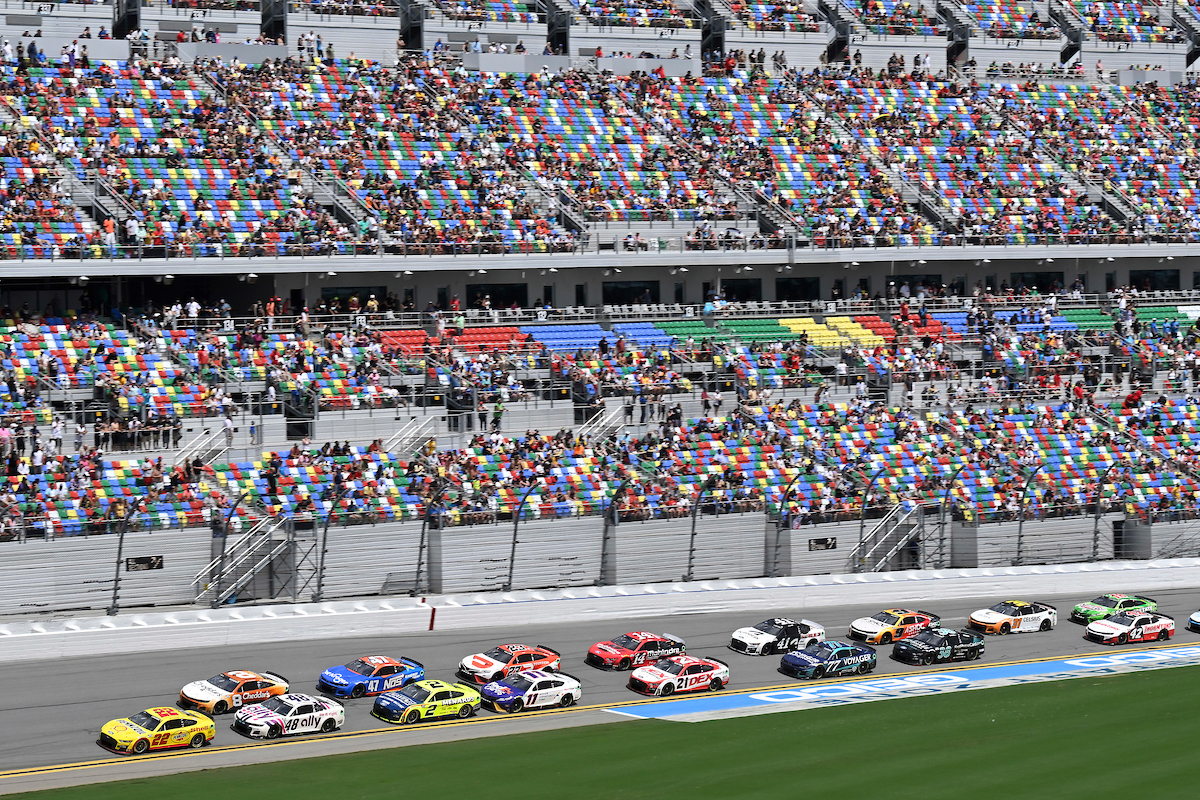 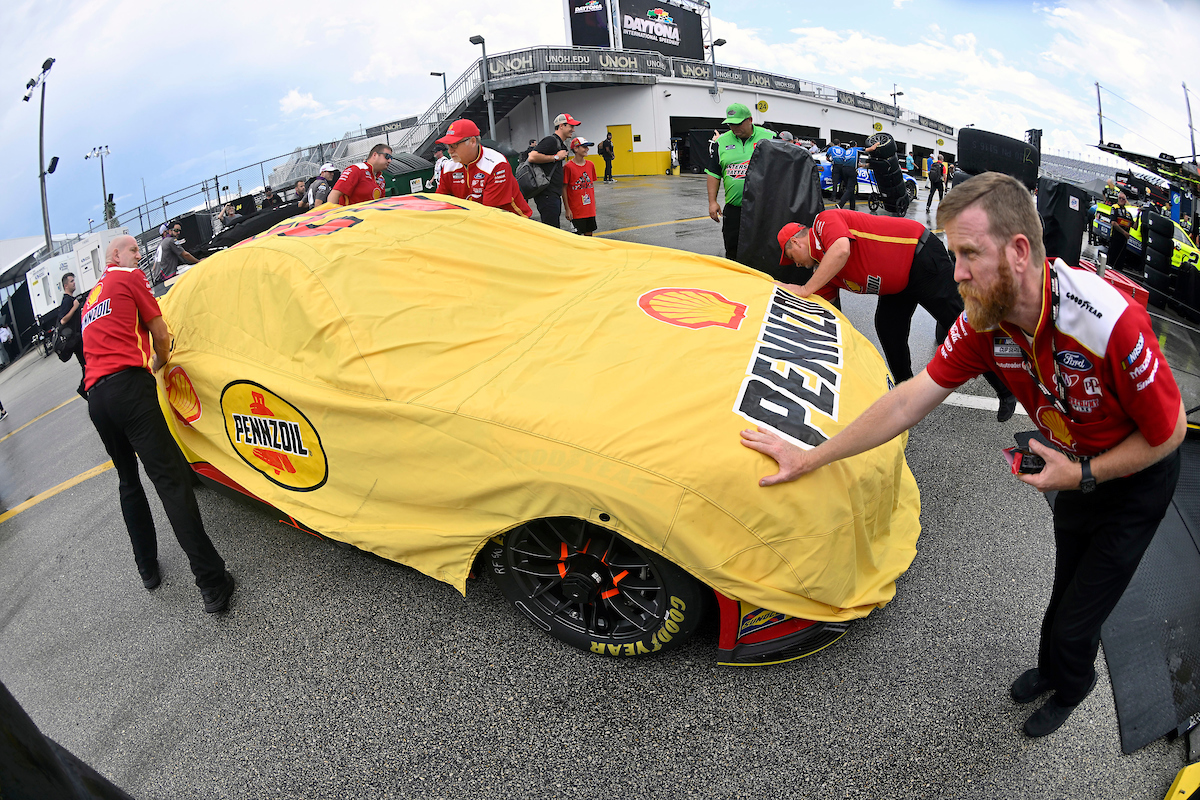 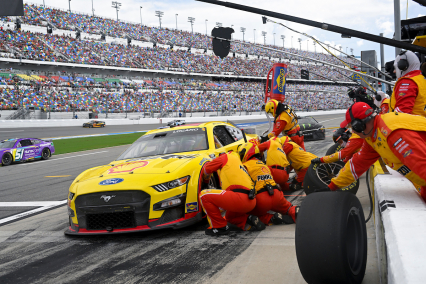 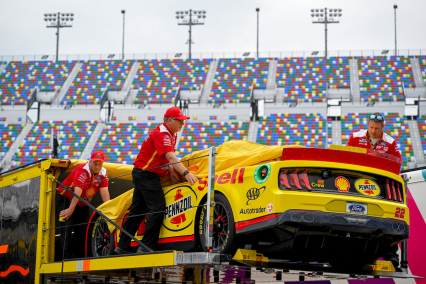 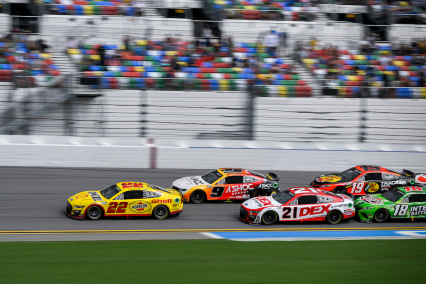 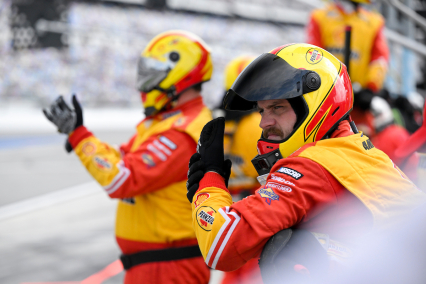 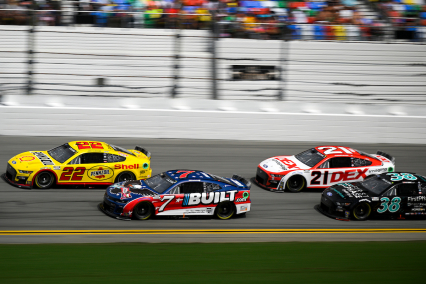 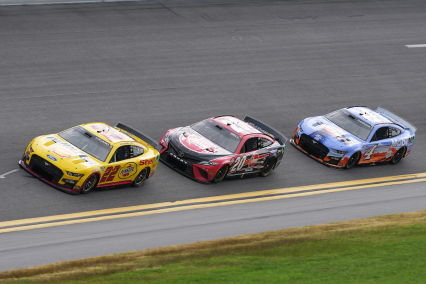 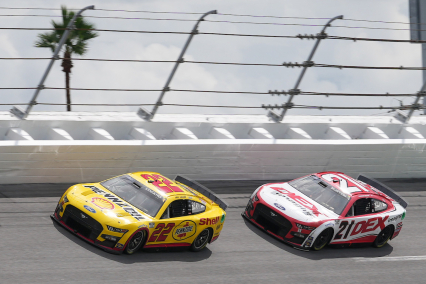 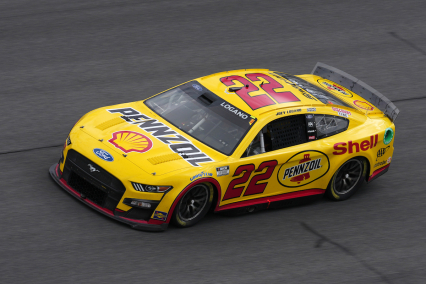 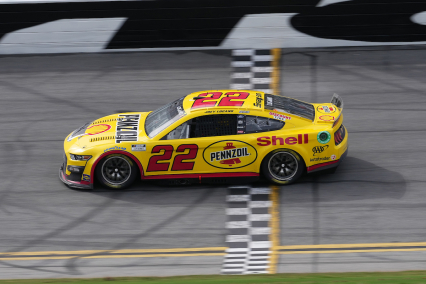 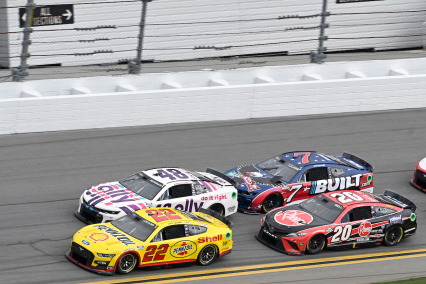 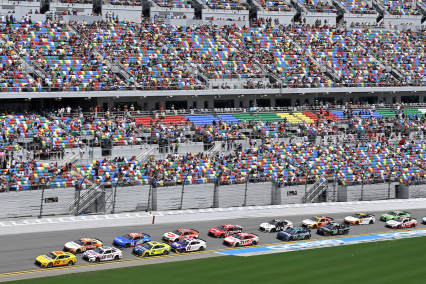 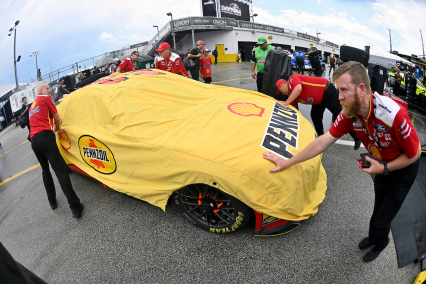