• Joey Logano looked to be headed for a top-10 result in Sunday’s FireKeepers Casino 400 before a late-race accident left the No. 22 Shell-Pennzoil Ford Mustang with a disappointing 33rd-place finish.
• After starting 19th, Logano went to work early as he moved inside the topv10 just three laps into the race. The No. 22 Ford Mustang got a slight wedge adjustment on the first pit stop at the competition caution on lap 20. Logano briefly raced inside the top five before settling into the sixth position to finish Stage 1. Logano reported the Shell-Pennzoil Mustang was running a little free so the team made an air pressure adjustment during the stage-ending caution. Logano would have to return to pit road to tighten lug nuts, which resulted in taking the restart at the rear of the field.
• Logano was able to move forward, moving back inside the top 15 by running lap times as fast or faster than the race leaders. As the second stage continued under the green flag, Logano made steady progress forward before hitting pit road at lap 112 for four tires and air pressure change. Logano finished Stage 2 in the 14th position.
• Logano continued his rebound in the final stage, racing inside the top 10 and consistently being one of the four fastest cars on the track. The Shell-Pennzoil Ford returned to pit road at lap 162 for potentially the final stop of the race, taking four tires, fuel and adding tape to the nose. A caution for light rain with 20 laps remaining allowed the No. 22 team to be in position to fight for the race lead.
• On the race restart, Logano was collected in a multi-vehicle incident, as his Ford Mustang suffered significant right front damage. The accident resulted in Logano finishing 33rd after running within the top 10 for the majority of the race.

“Positives on the day were having improved speed in our Shell-Pennzoil Mustang on a 550-track. Unfortunately, we didn’t get the finish we deserved due to the wreck late. But good to have speed and good to be moving in the right direction before the playoffs.” 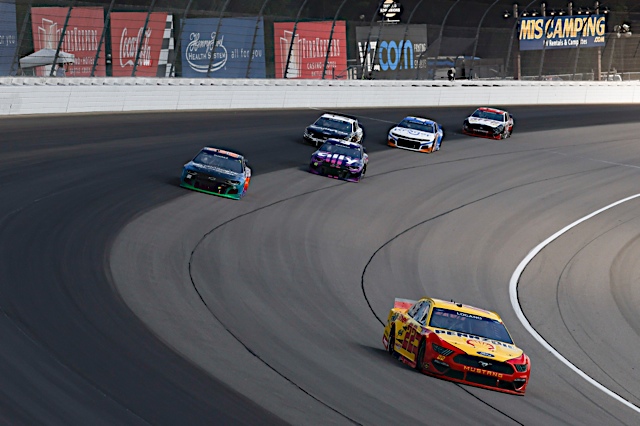 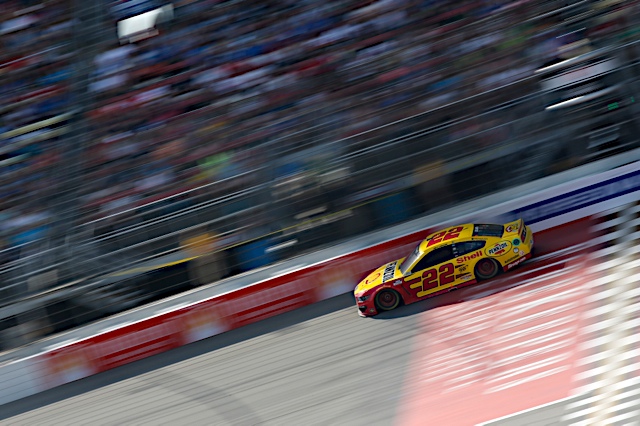 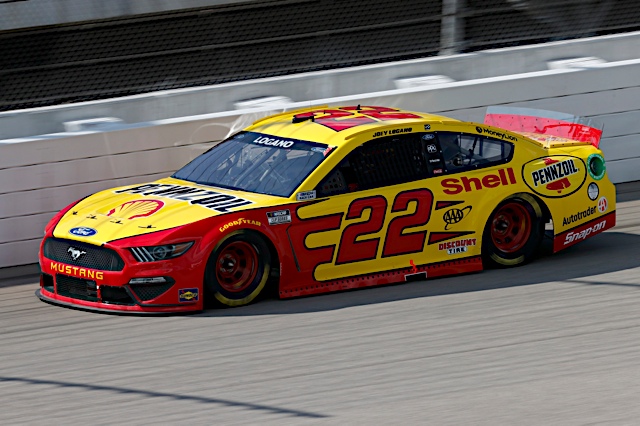 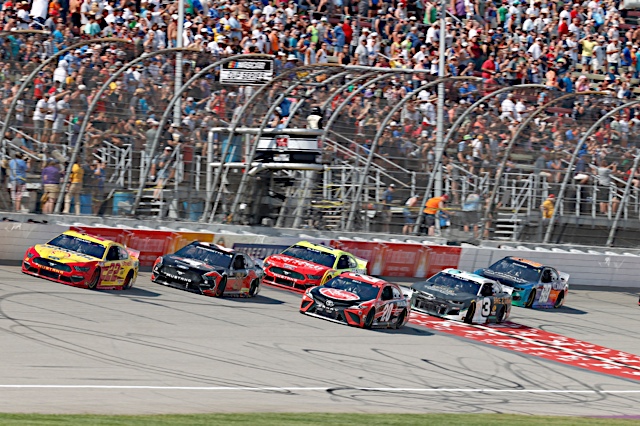 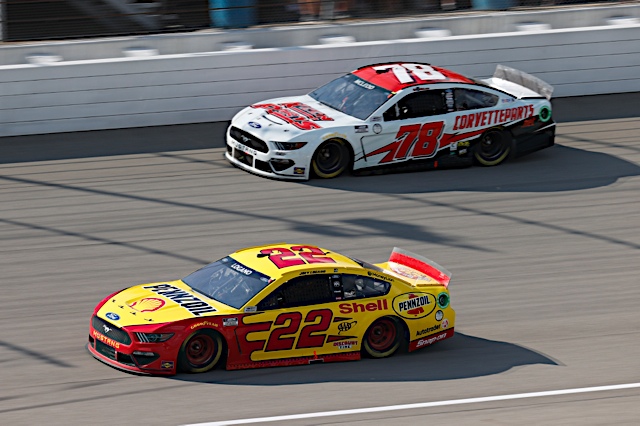 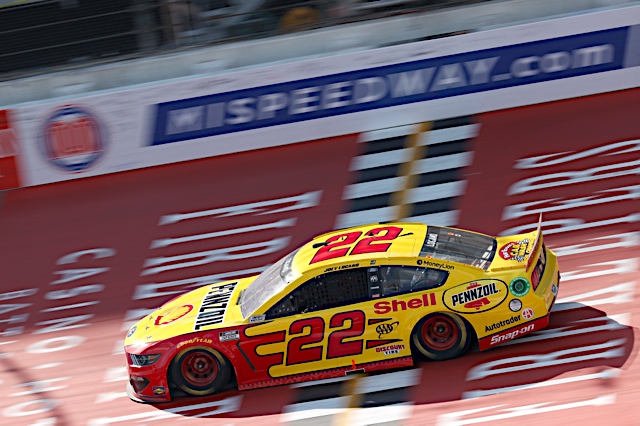 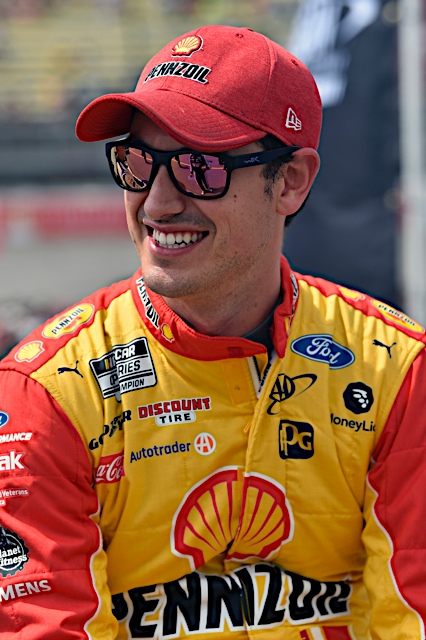 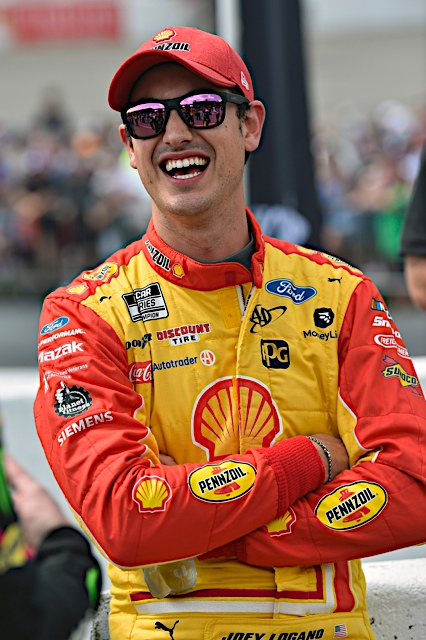 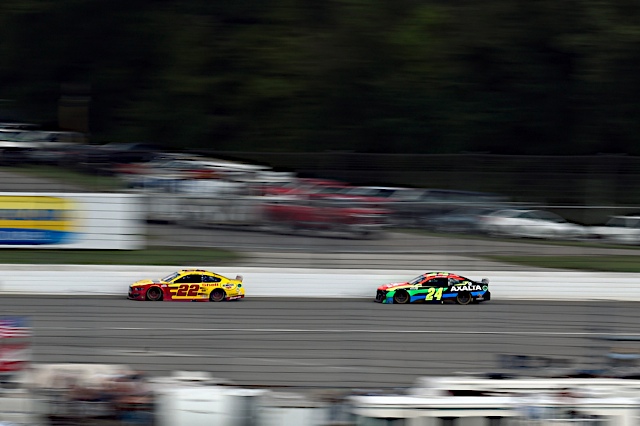 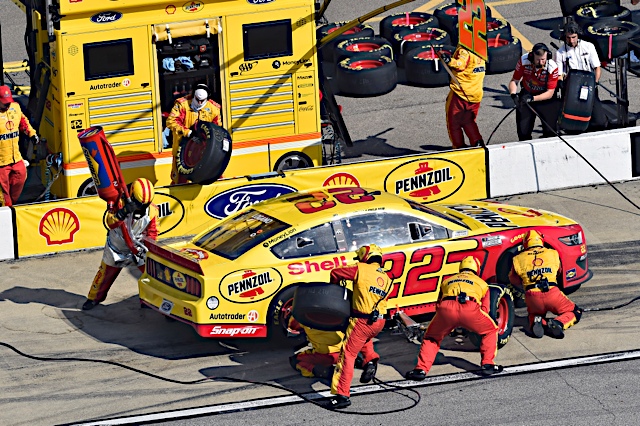 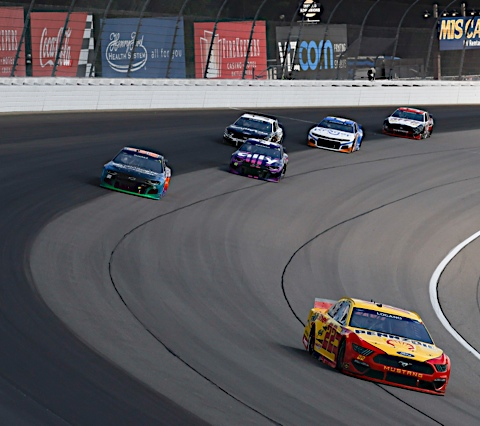 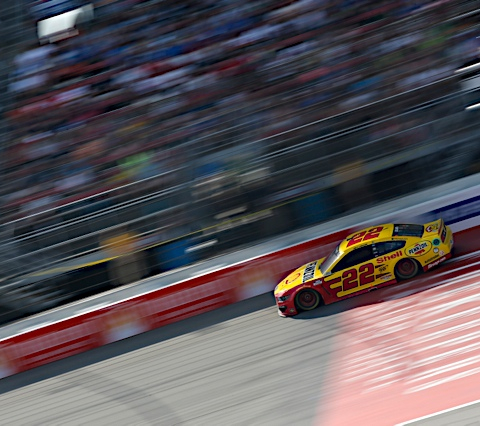 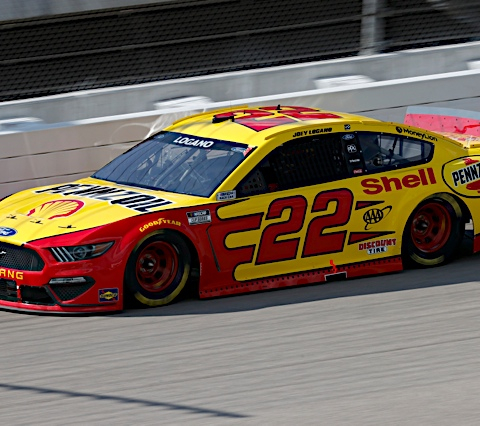 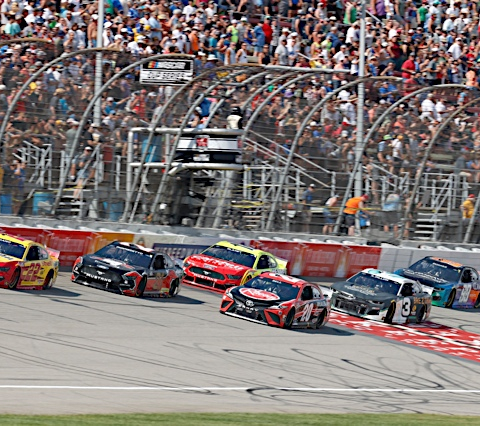 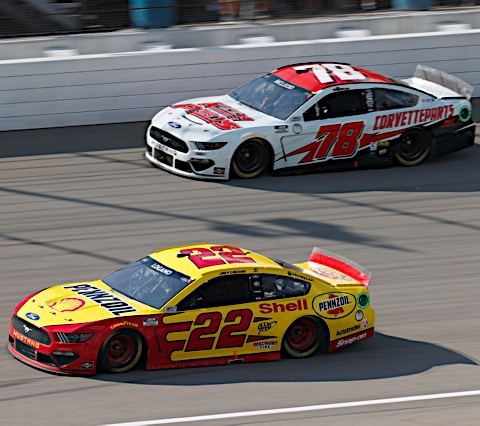 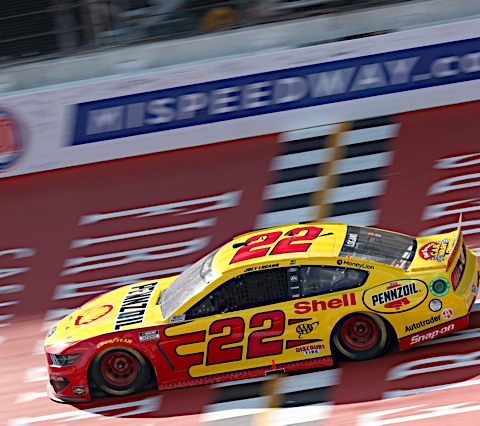 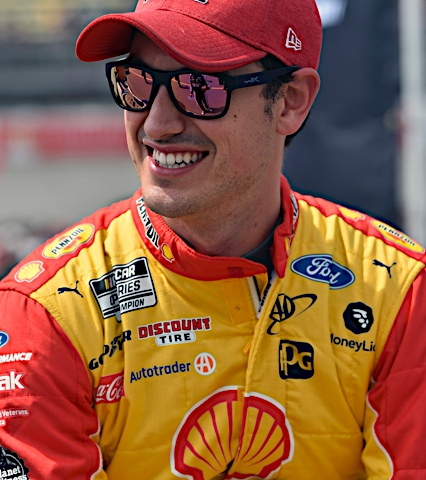 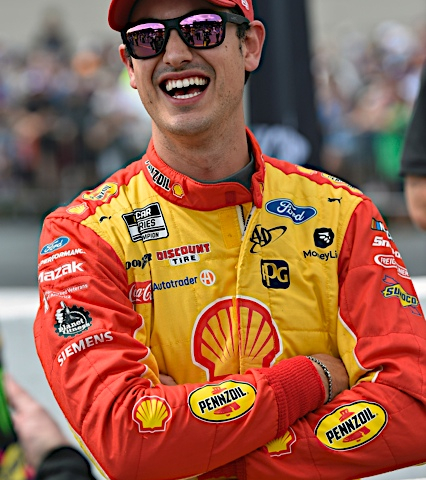 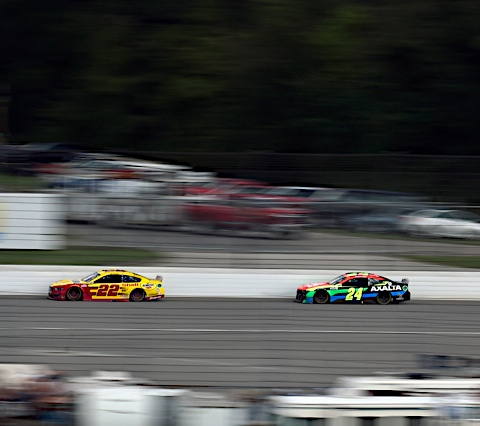 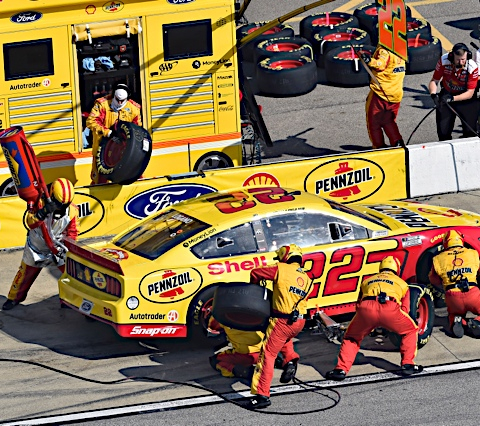