Joey Logano drove the No. 22 Shell-Pennzoil Ford Fusion to victory lane at Talladega Superspeedway for the second consecutive season in Sunday afternoon’s Hellmann’s 500. Logano, who was positioned on the chase bubble entering the final race of the Round of 12 needed a strong performance to advance to the next round of the Chase for the NASCAR Sprint Cup and he and the Shell-Pennzoil crew did not disappoint. Logano and company started the race in the 16th position and quickly moved inside the top-10 where they ran for the majority of the race. During the first pit stop at lap 37, the team experienced their one and only setback of the afternoon as the jack was removed from the pit box, making an entire lap around the track before Logano could get back to pit lane. As fortune would have it, the caution flag was displayed only two laps later allowing the Shell-Pennzoil crew time to repair the side-skirt damage from dragging the jack. Logano would restart in the 38th position but wasted little time returning to the top-10 to work with teammate Brad Keselowski and Ford driver Ryan Blaney. The Shell-Pennzoil team would make minor adjustments to the handling of their Ford Fusion throughout their five pit stops, making wedge and air pressure adjustments while adding tape to the nose to reduce drag and help Logano find the extra speed needed to compete with the top-three competitors. Crew chief Todd Gordon made a call to take two tires on the team’s final pit stop at lap 136, keeping his driver near the front of the pack and out of harms-way on the ensuring restarts. The adjustments equating to more speed and better drivability would be realized as Logano put the No. 22 Shell-Pennzoil Ford into the lead at lap 148 and not look back, leading the final 45 laps of the event. Logano would have to survive multiple late race restarts and in the closing stages of the race, a minor scare as debris gathered on the nose of the Shell-Pennzoil Ford, leading to anxious times for the team as the oil and water temperatures slowly began to rise. Fortunately, a timely yellow flag would be displayed allowing Logano the opportunity to clear the debris from the nose of his Fusion without having to relinquish the lead of the race. Logano would then rely on strong pushes from fellow Ford competitors Ryan Blaney and Brian Scott to maintain the lead on the two of the last three restarts, while Kevin Harvick provided the push on the final restart of the race to allow the Shell-Pennzoil team to seal the victory, the 16th of Logano’s career and second victory of 2016. In winning, Logano advanced to the Round of Eight for the second consecutive season.

“It’s never a layup here at Talladega. It’s always close. You never get a big lead. A good Shell-Pennzoil Ford. Todd (Gordon) made some good adjustments during the race and found some speed in the car, so that was pretty neat to see some of that. We got that track position and just hung onto it. I was able to stay on the bottom and try to run the bottom and keep everyone in line, and that worked out really well. Kevin did a good job with that, which ultimately got us all a great finish. It was fun racing there at the end. I was really confused. I didn’t know what lane to pick coming to the last restart, but I knew Kevin had a lot of experience in these situations and is great at speedway racing, so he did a good job of pushing me out and then had to defend the top lane with Brian Scott, so a couple of Fords out front here at Talladega is pretty cool.” 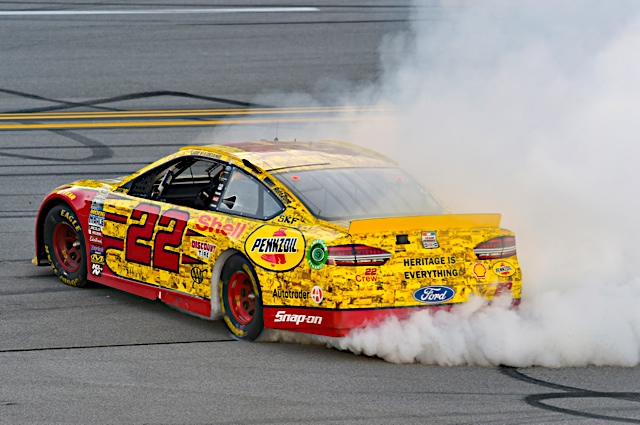 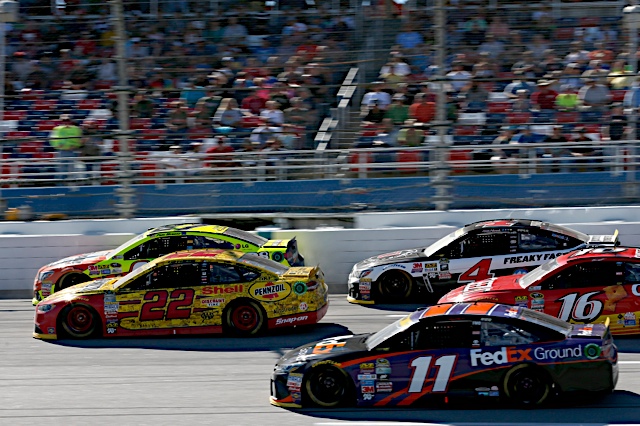 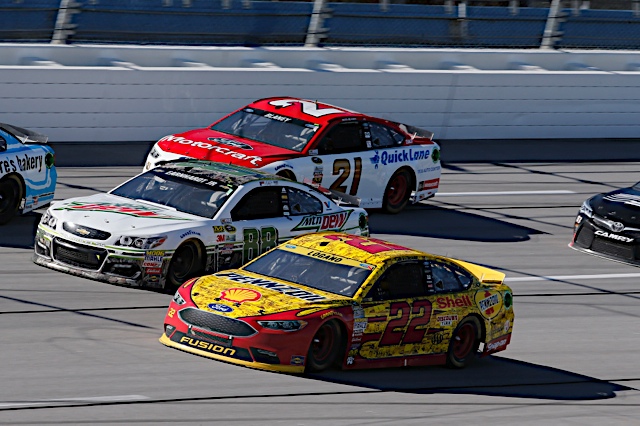 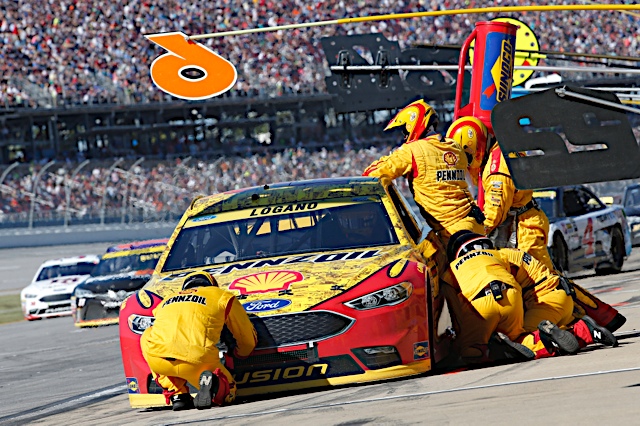 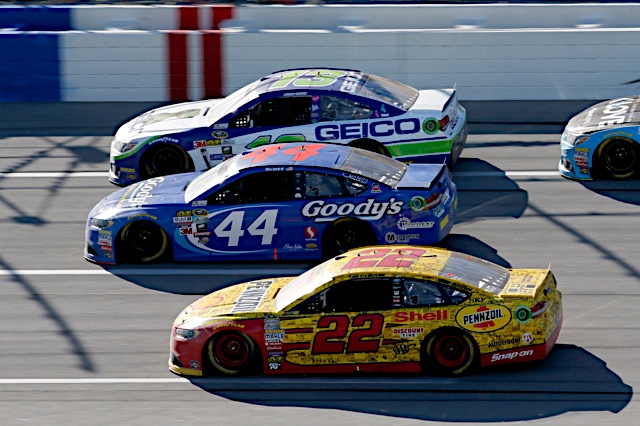 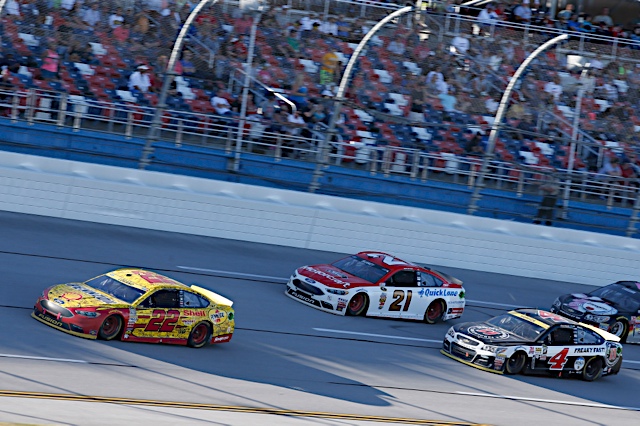 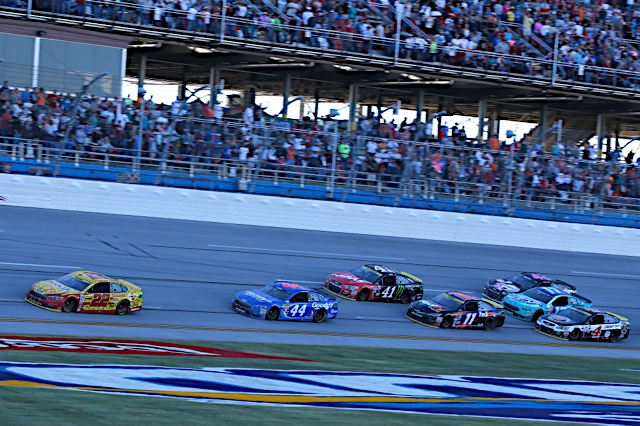 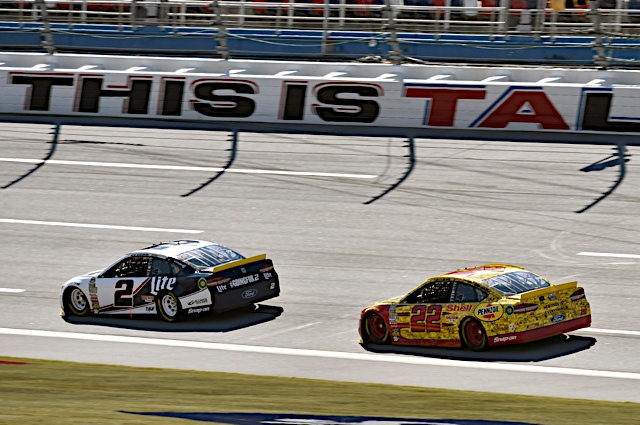 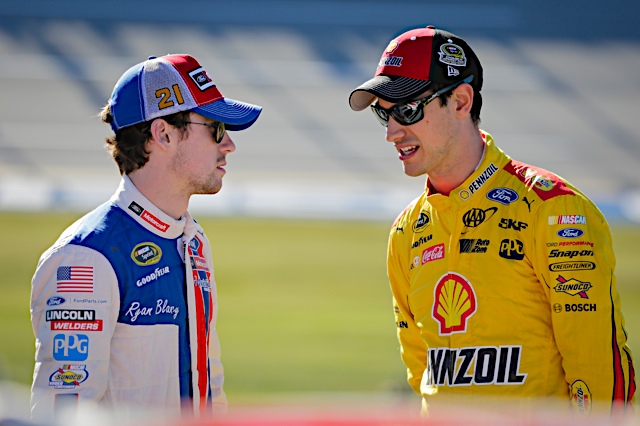 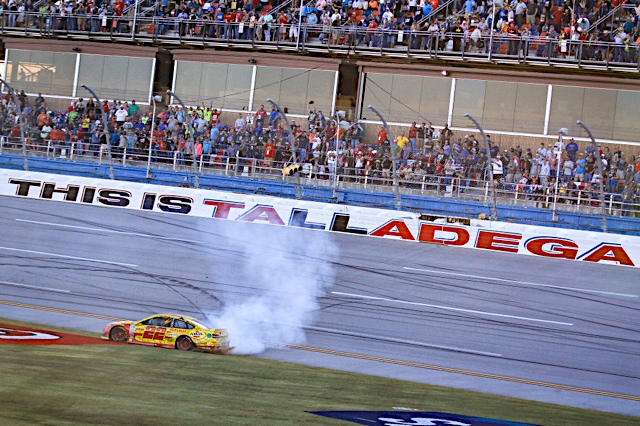 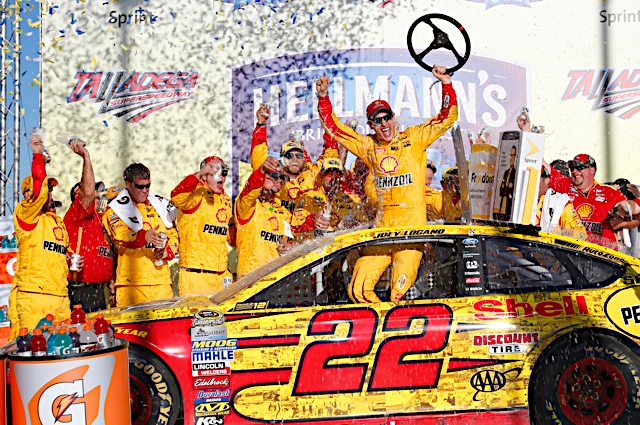 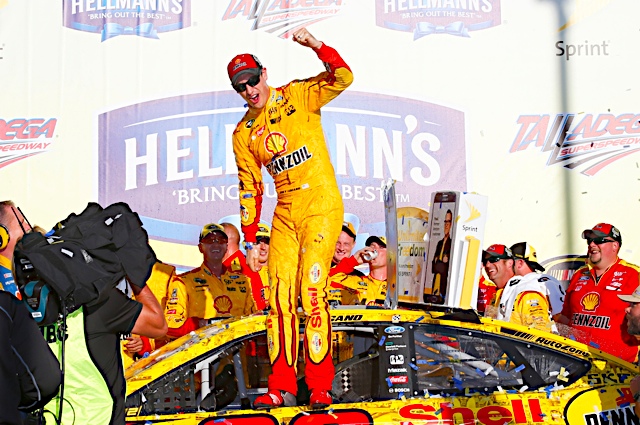 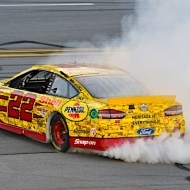 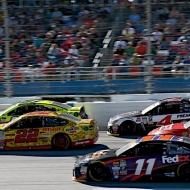 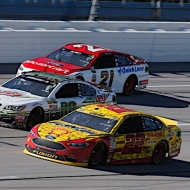 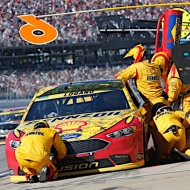 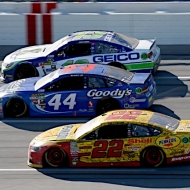 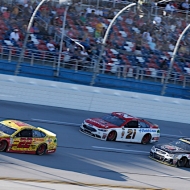 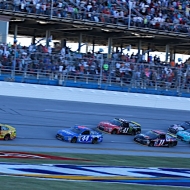 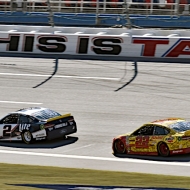 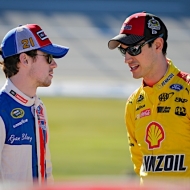 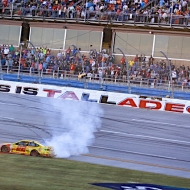 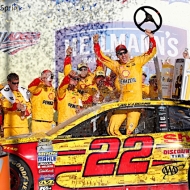 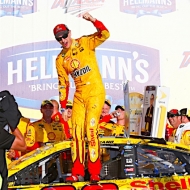 About the Author: Ryan