• The good news for Joey Logano at Watkins Glen International was the driver of the Verizon 5G Ford Mustang scored his fourth stage win of the 2021 NASCAR Cup Series season. The bad news was he finished 22nd after suffering damage in a Turn 1 collision with teammate Brad Keselowski. The extensive repair work forced Logano to fight back through the remainder of the race, but he was hampered by an absence of a yellow flag after the conclusion of Stage 2.
• Logano ran second before taking the lead just before the competition caution on lap 10 when Keselowski spun in Turn 10. He was pleased with the overall balance of the No. 22 Verizon 5G Mustang and held firm to the top spot over the next 11 laps to score the win when Stage 1 concluded on lap 20. Crew chief Paul Wolfe made the call to hit pit road during the stage caution for four tires, air pressure and a trackbar adjustment.
• During Stage 2, the Verizon 5G team struggled to hear Logano on the team’s radio but Logano overcame those issues to score a ninth-place finish when the segment ended on lap 40. In Stage 3, Logano was approaching a green flag pit stop when on lap 56 teammate Brad Keselowski locked up his rear tires entering Turn 1, backing into the right side of the Verizon 5G Mustang, damaging both vehicles.
• Logano then made an extended pit stop for repairs and consequently dropped deep into the field. When the dust settled on the costly sequence, Logano was 27th in the running order with 22 laps remaining in the race. He continued to run competitive lap times despite the heavy damage but was hampered by a lack of track position and no cautions during the final stage to bunch up the field. Logano was credited with a 22nd-place finish at the checkered flag.

“We were pretty fast to start the race with our Verizon 5G Mustang. Led some laps and won the first stage, which will help into the playoffs. I got the damage there in Turn 1 and that set us back. A lack of cautions made it pretty difficult to come back from that point.” 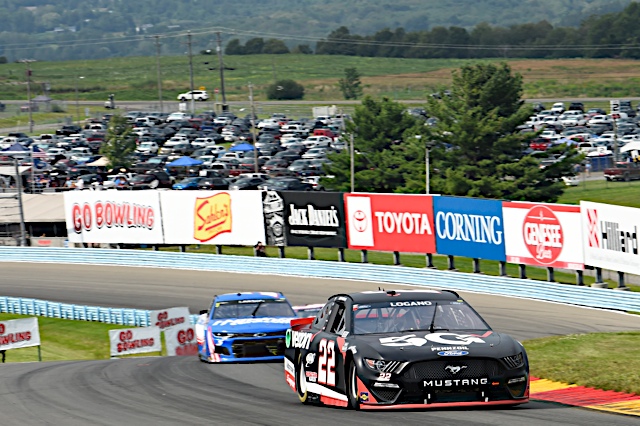 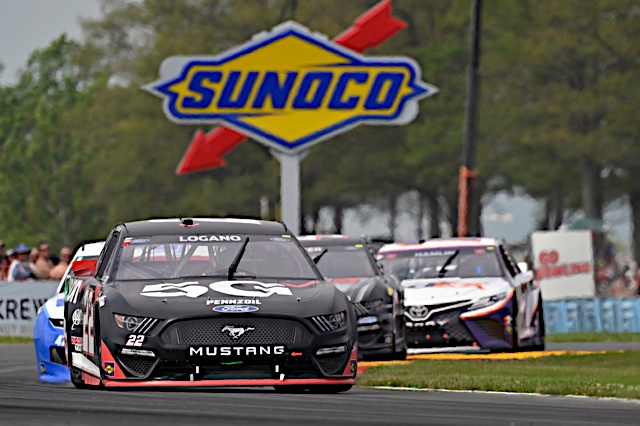 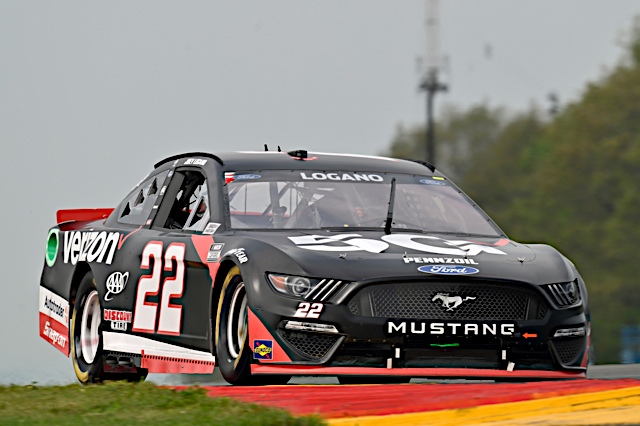 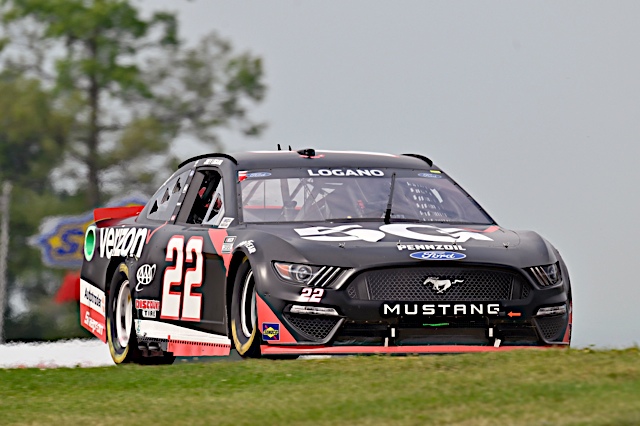 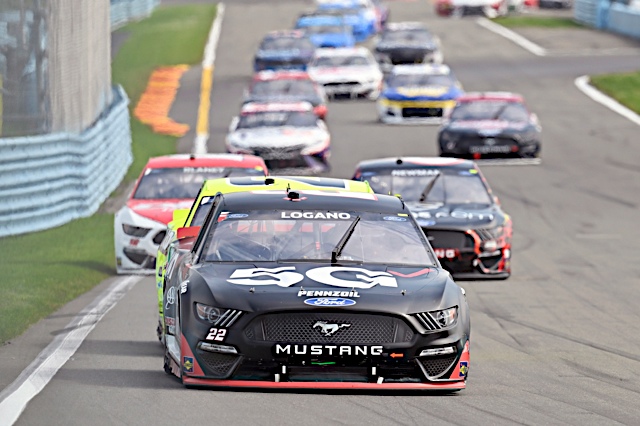 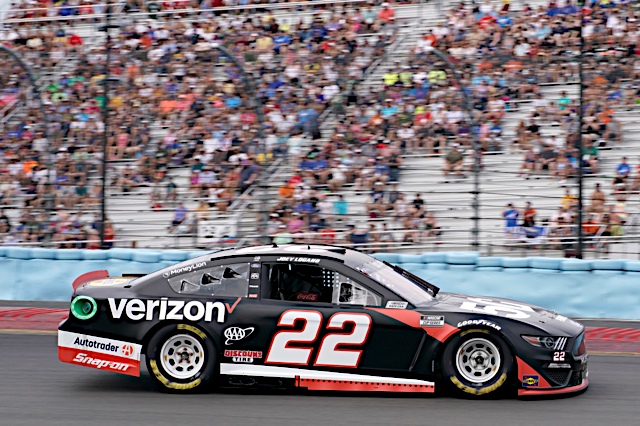 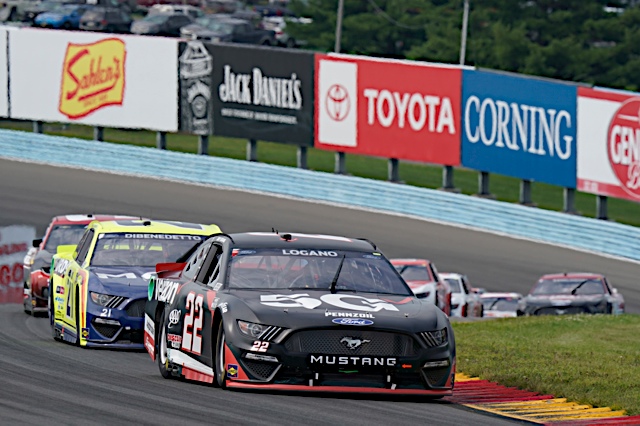 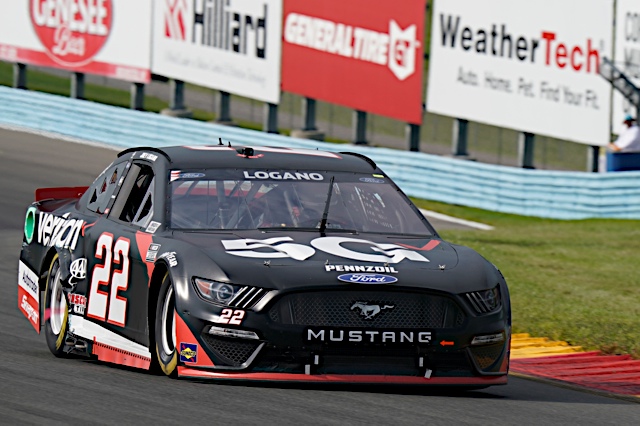 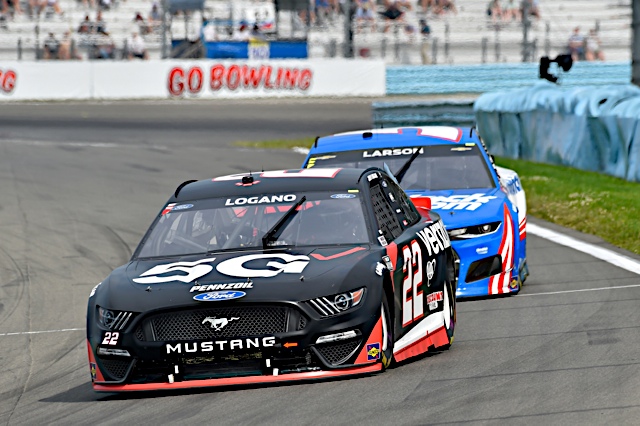 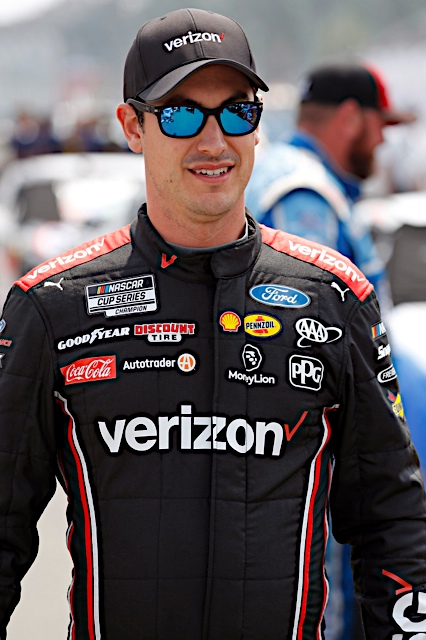 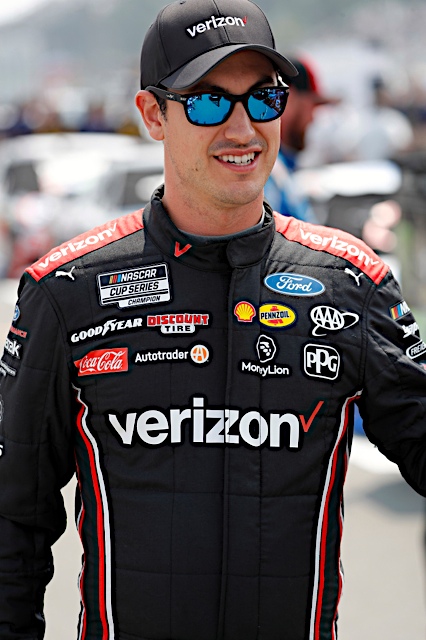 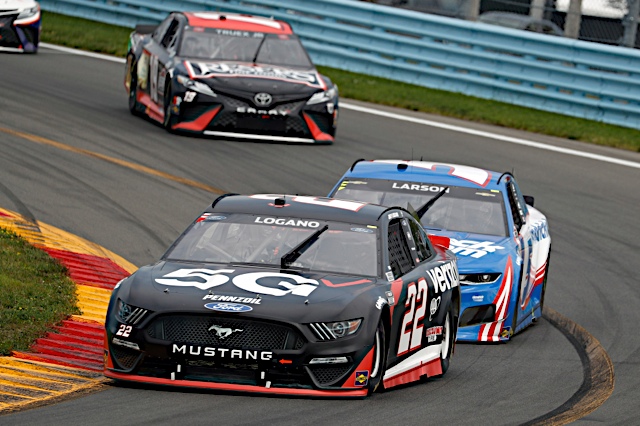 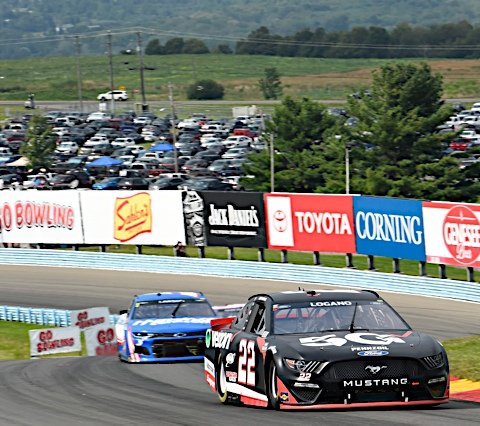 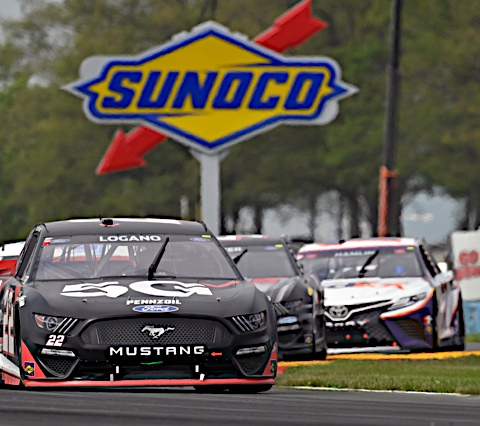 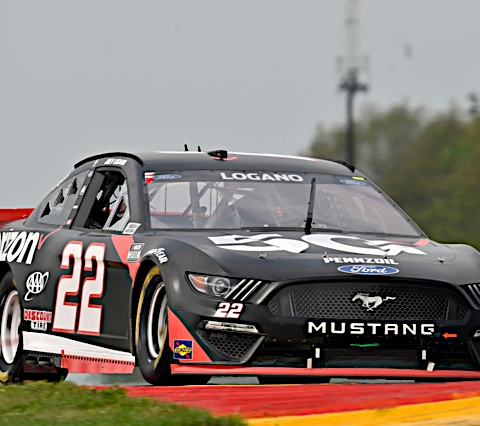 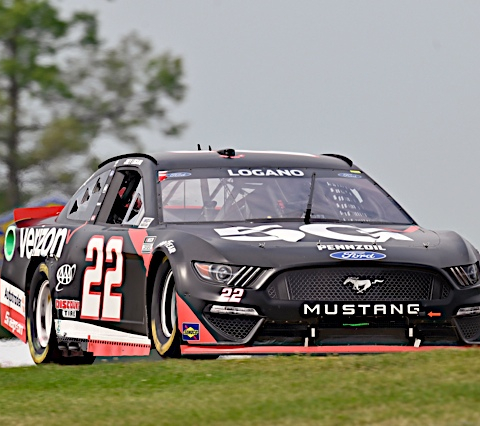 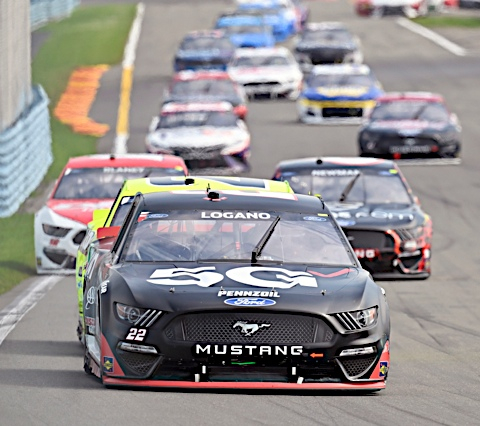 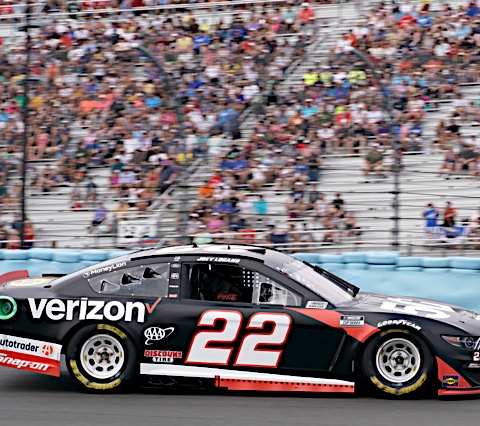 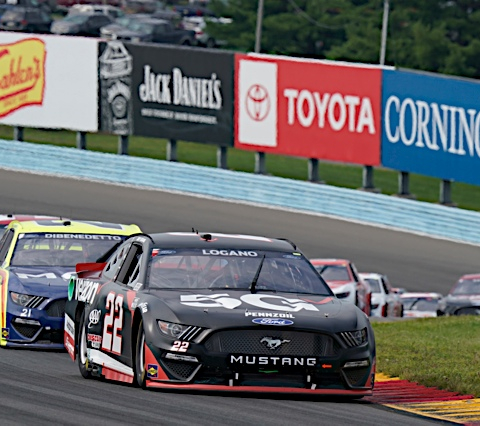 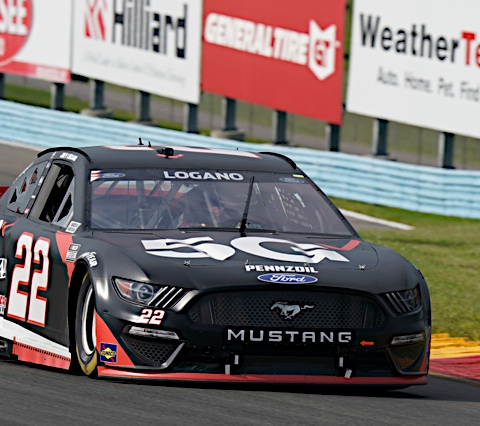 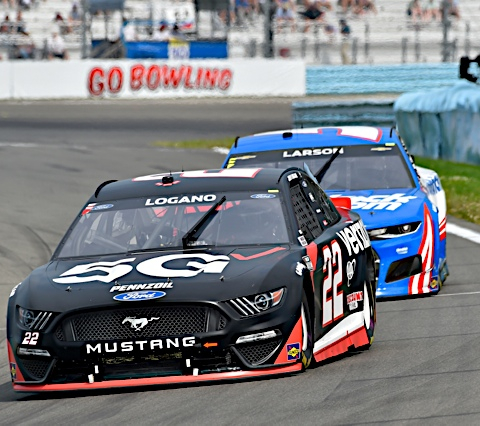 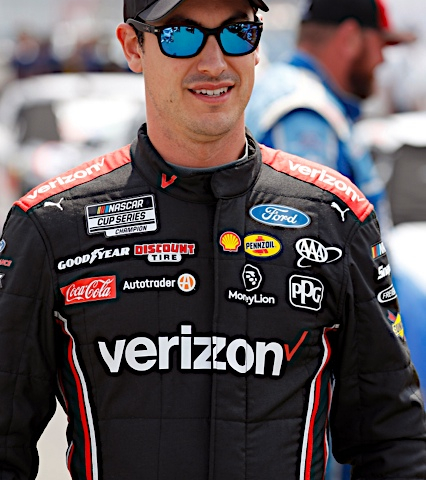 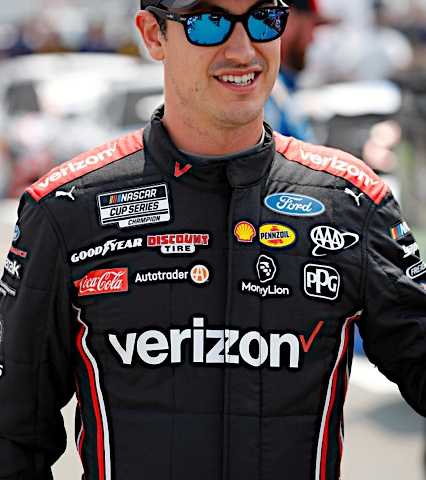 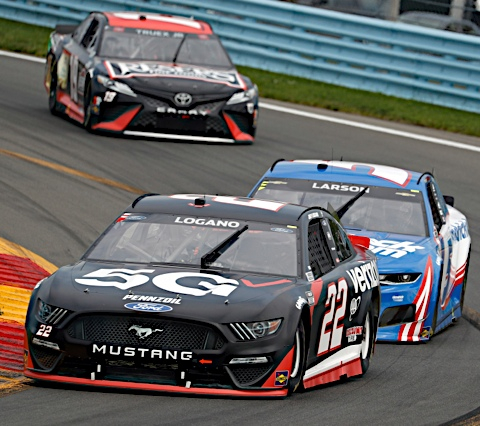