Joey Logano drove the No. 22 AAA Ford Mustang to a second-place finish at Texas Motor Speedway on Sunday in the second round of the NASCAR Playoffs. Logano raced side-by-side early with polesitter Brad Keselowski before falling back to second. Logano then took the lead just past lap 30 and led until the first round of pit stops. The former champion would stay a fixture in the top five through the first 100 laps to finish Stage 1 in the fifth position. Due to varying pit strategies, Logano would start the second stage deep in the field, but would make it into the top 15 before a wheel vibration caused him to lose several spots halfway through the stage. Once the AAA Mustang got a new set of tires, Logano raced his way back to the top 10 and grabbed valuable stage points by coming home eighth in Stage 2. A rain and lightning delay would come near the start of the final stage, changing track conditions as temperatures dropped and the track became shaded. Logano and crew chief Paul Wolfe used a nifty pit strategy to get Logano in the top 10 with 60 laps to go. Logano would methodically race his way toward the front, getting in second but lacking the speed to catch the race leader. The AAA Mustang would finish in the runner-up spot.

“Yeah, it was a successful day for points scored. We got stage points in both stages and we were able to get a bunch by finishing second there. Yeah, it was a sloppy race for everyone on the track. We were just able to position ourselves really good at the end. Paul did a good job calling the race and putting four tires on when we needed to and putting two tires on when we needed to cycle forward.” 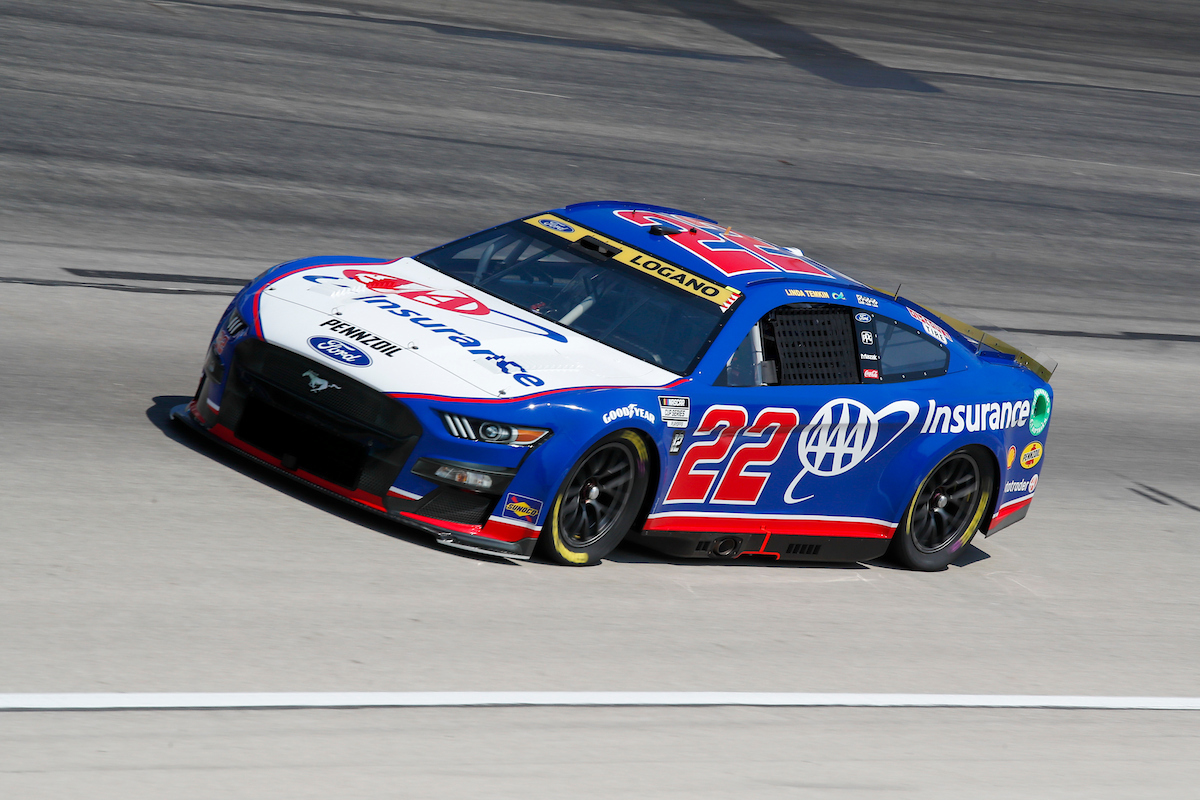 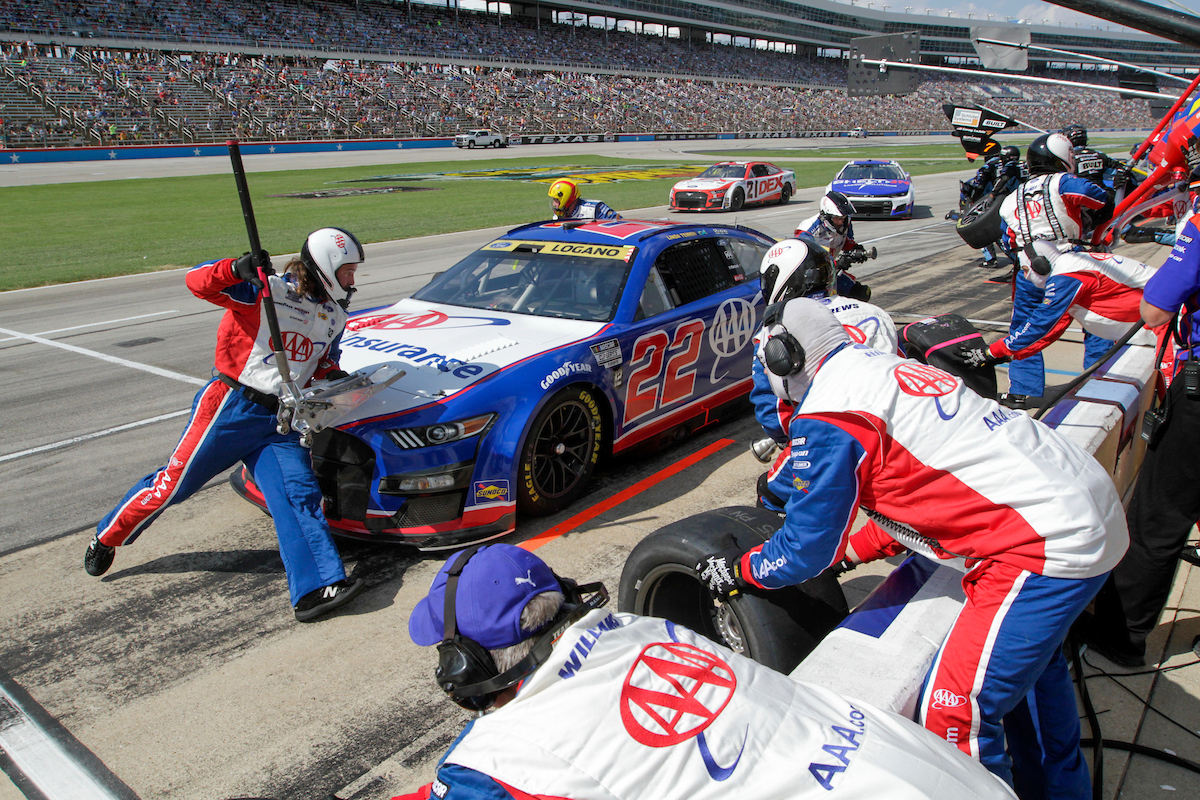 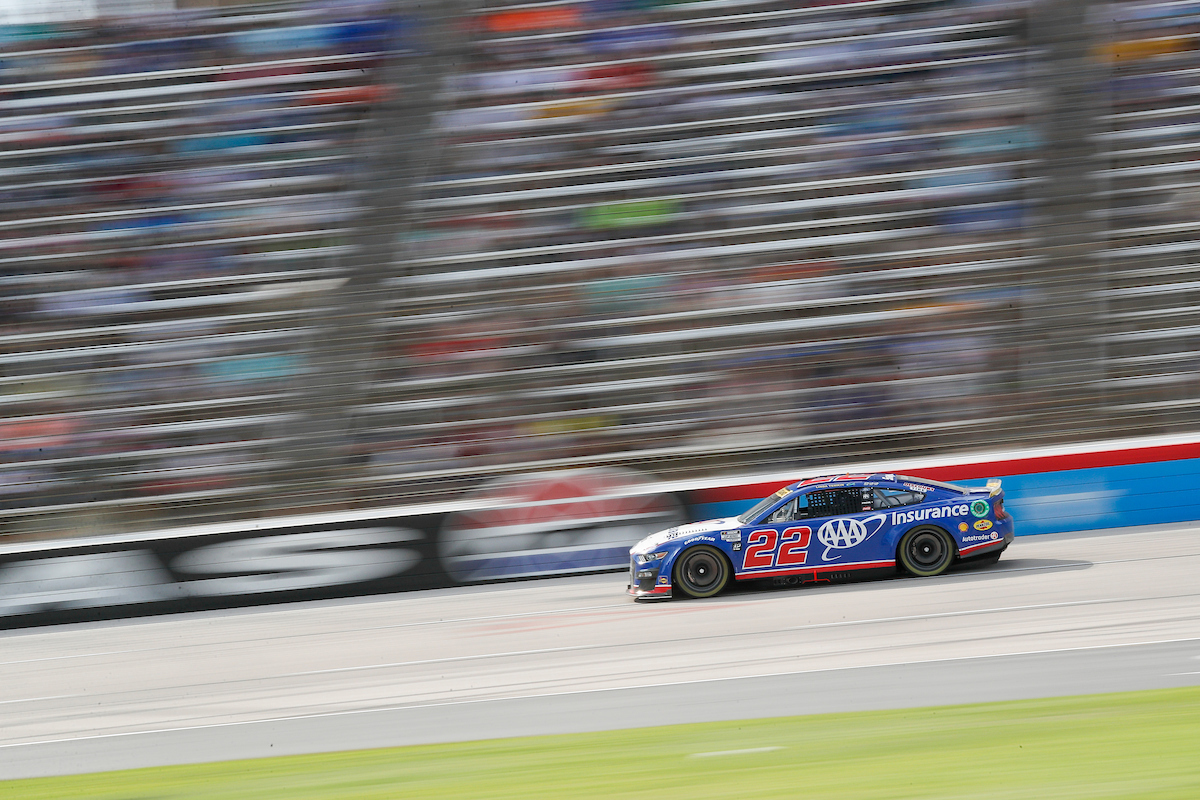 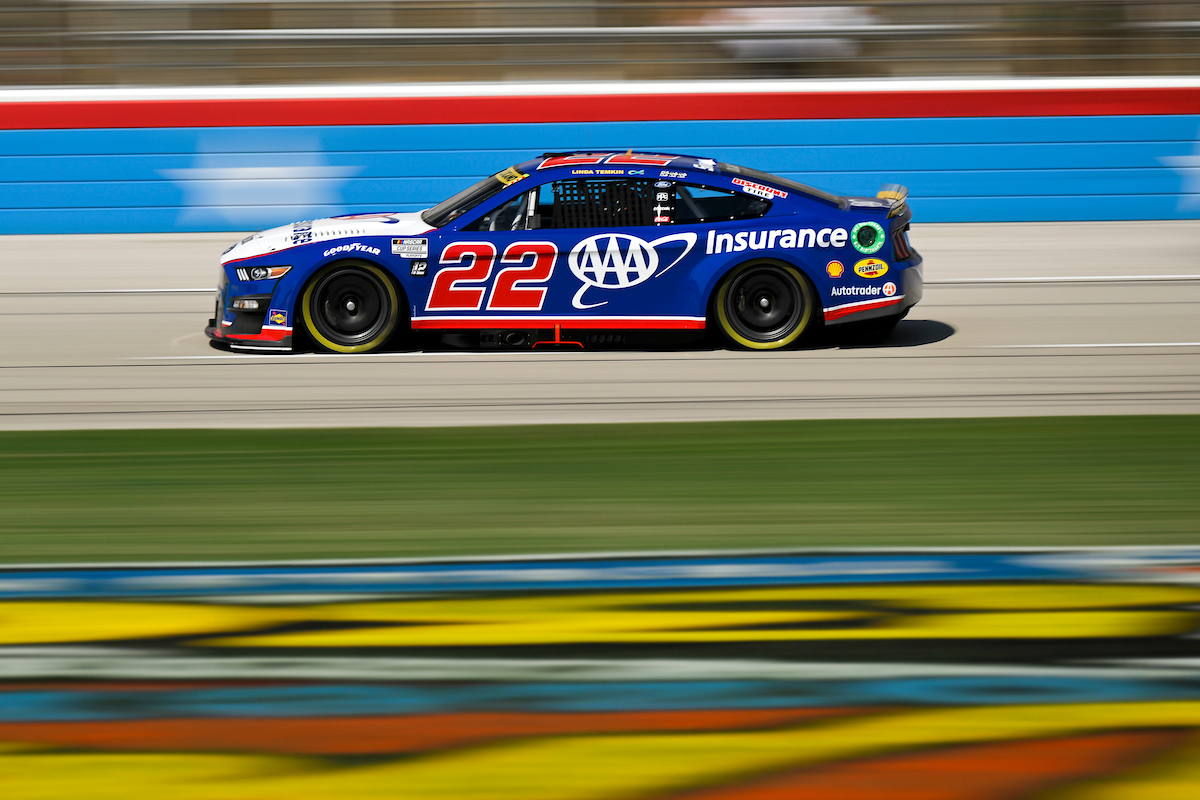 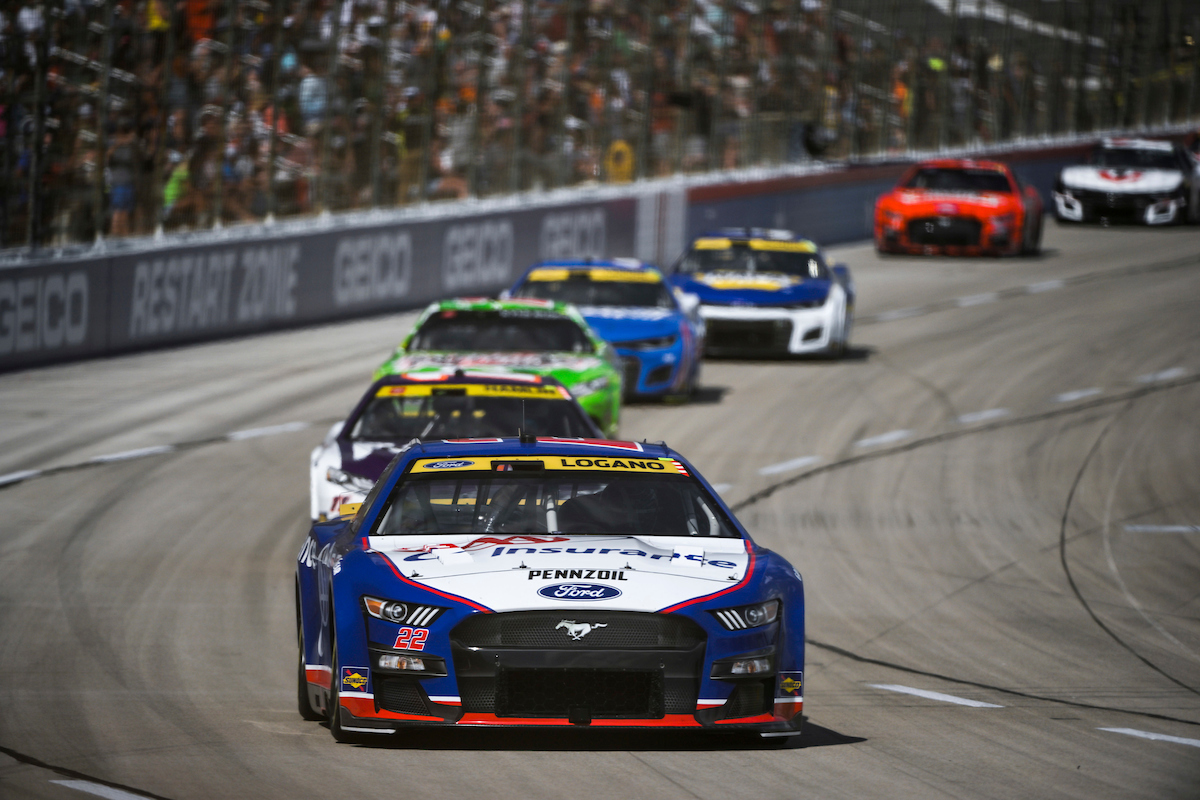 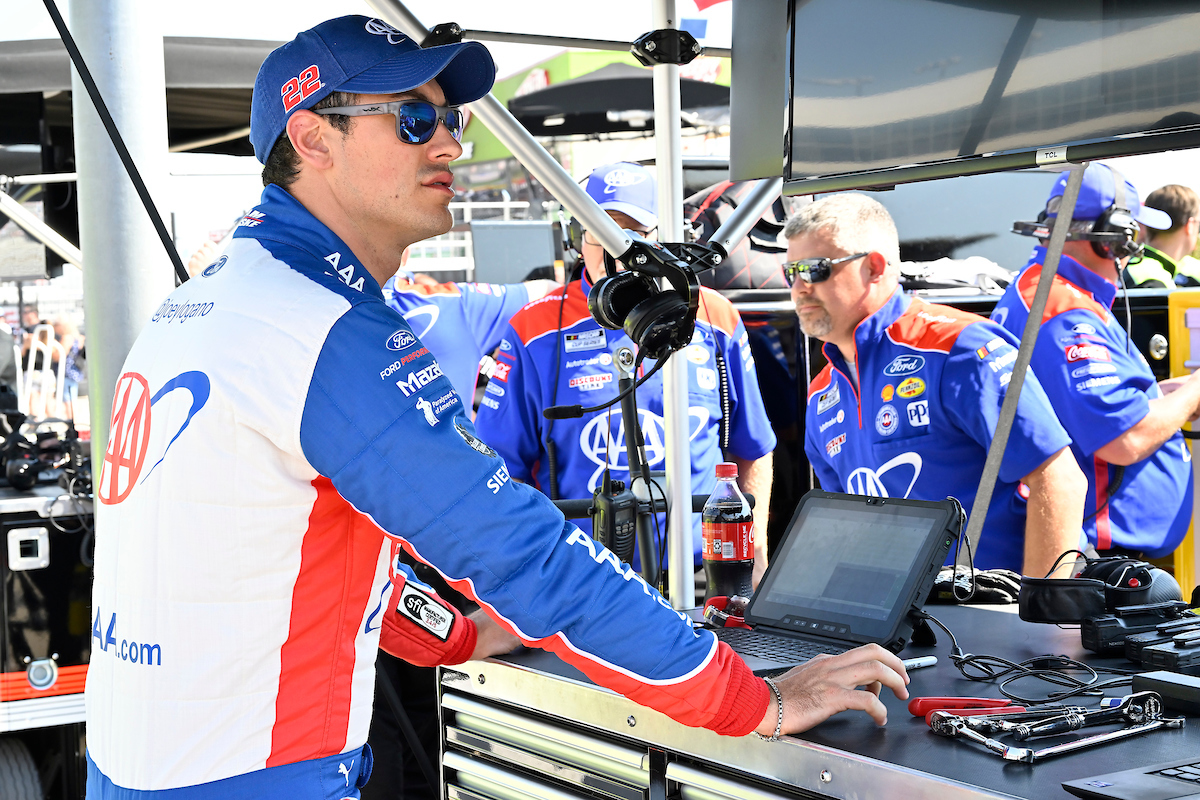 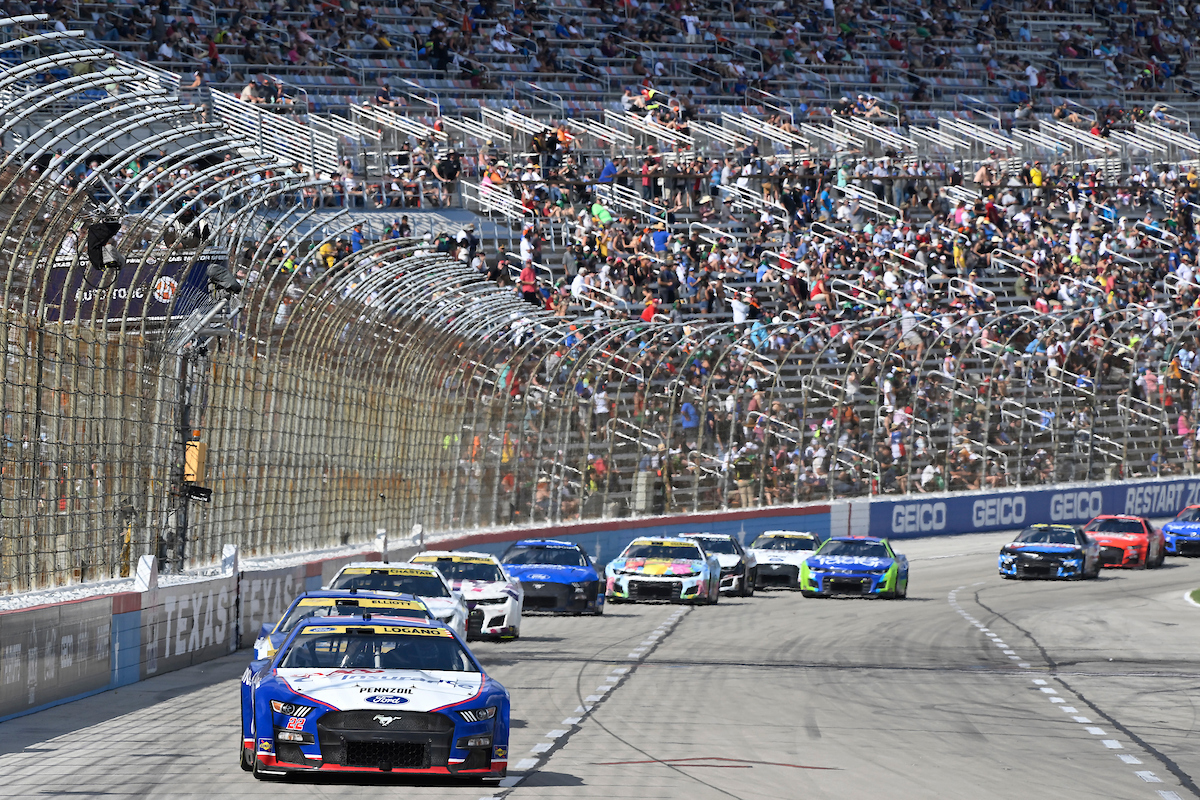 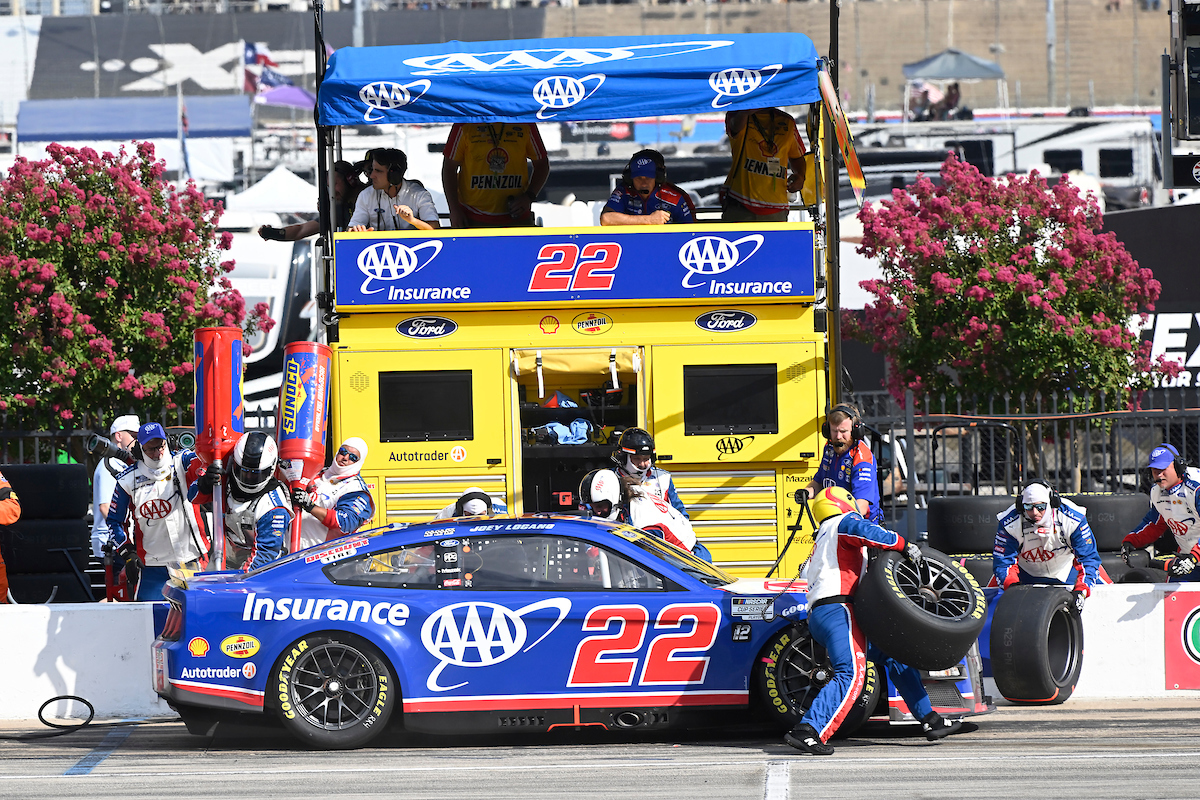 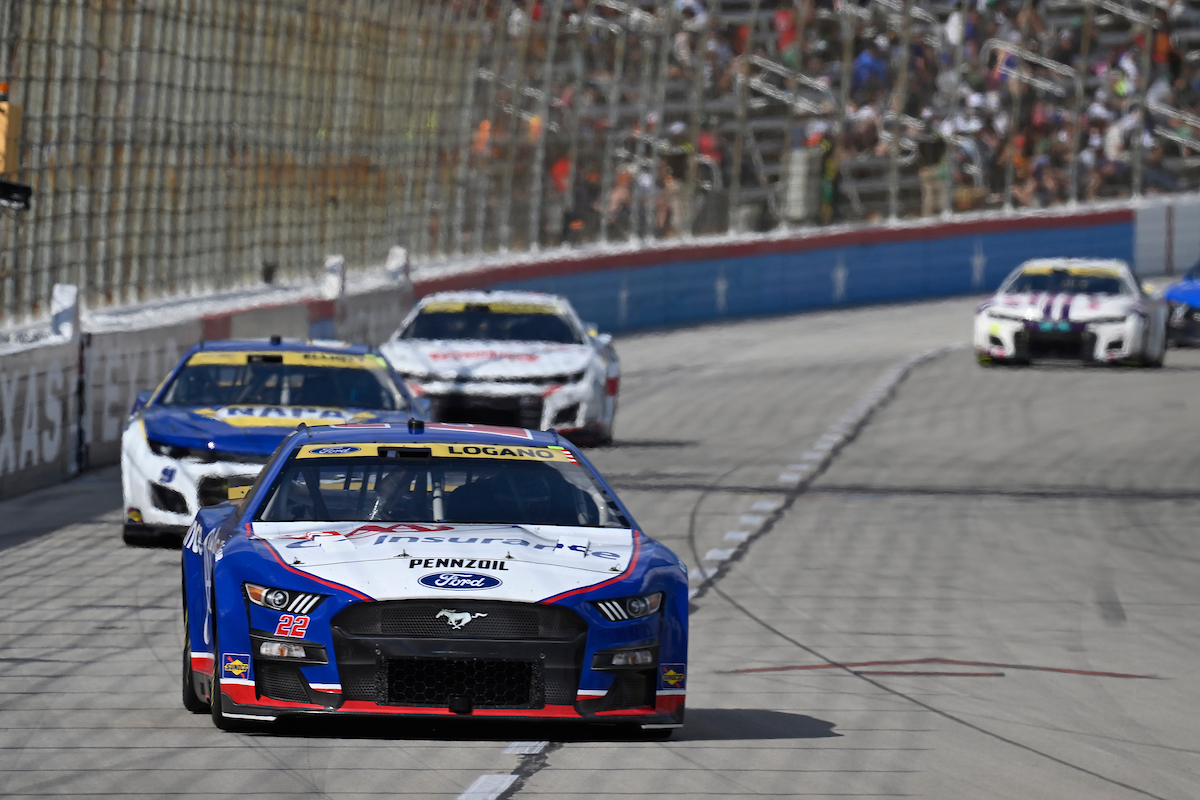 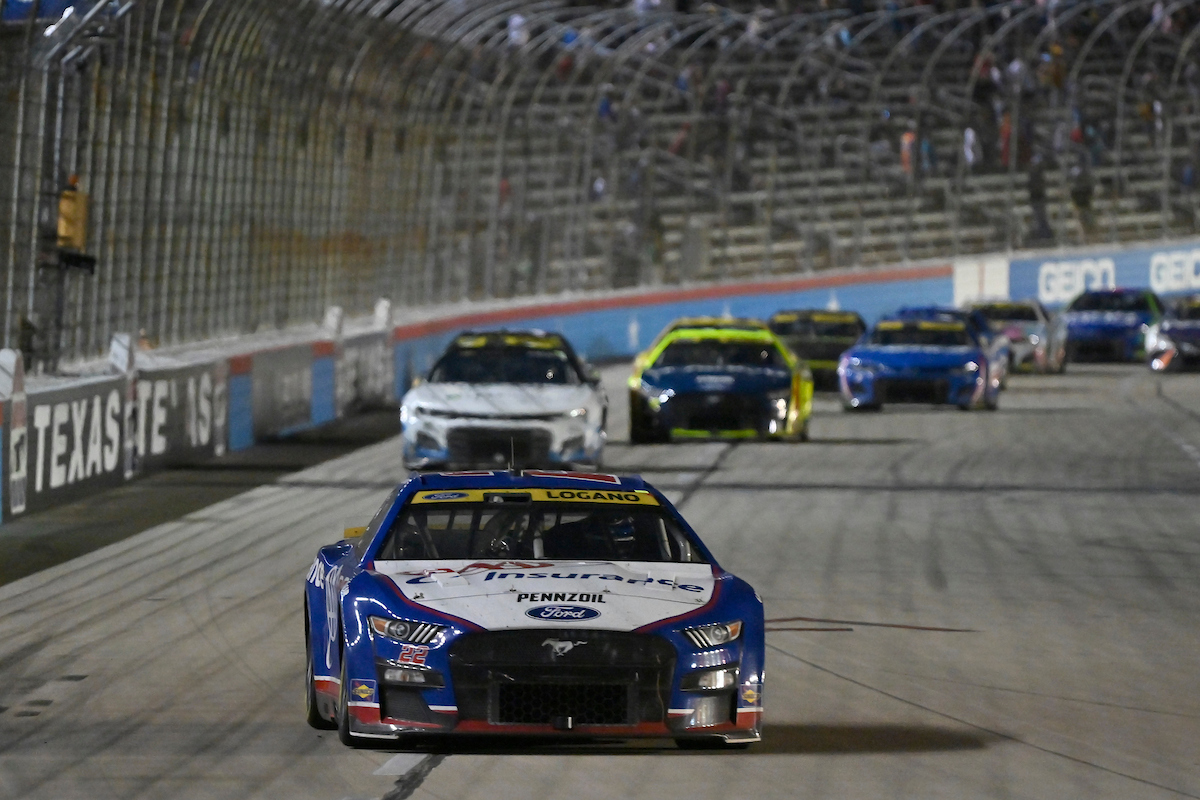 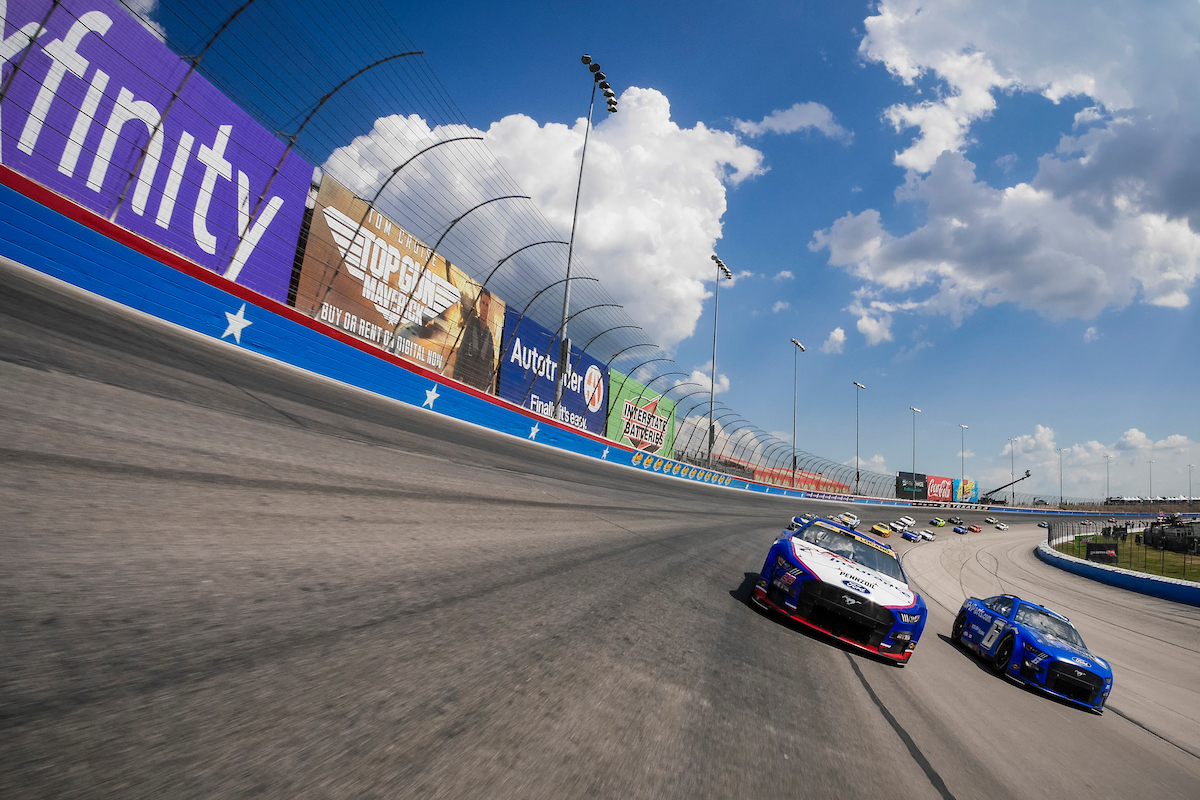 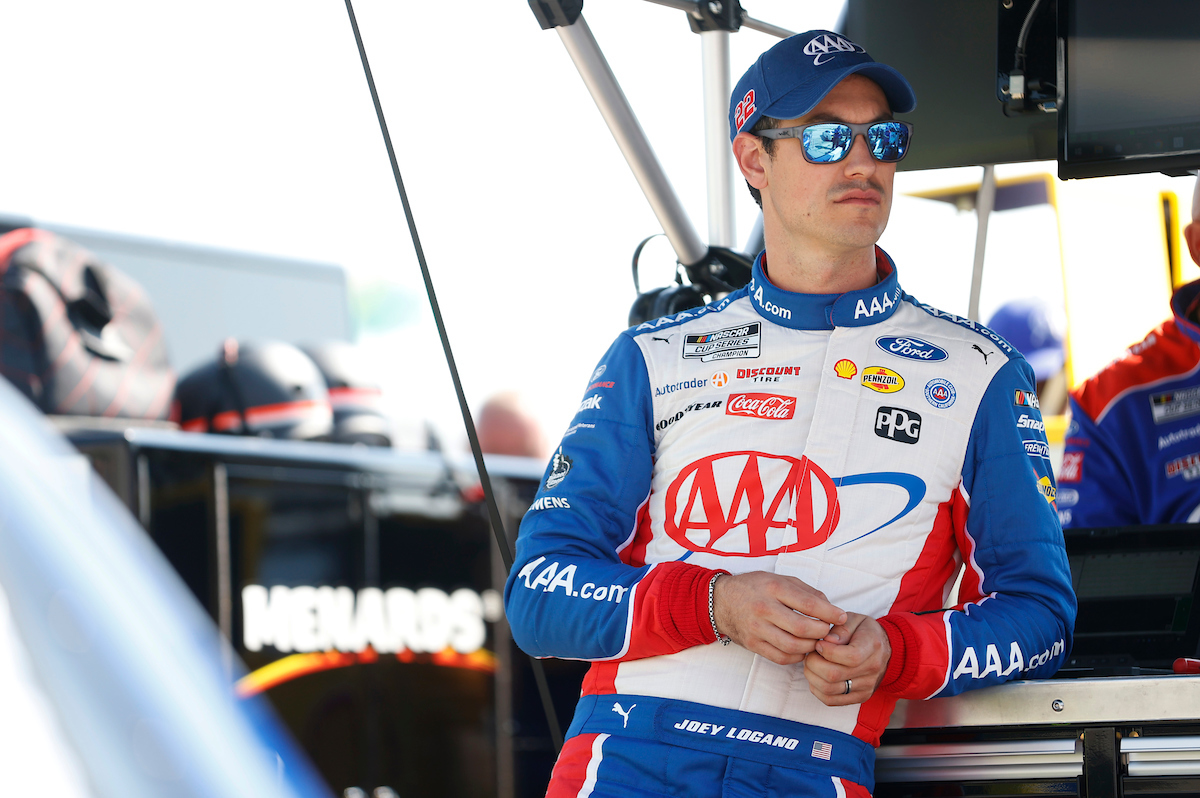 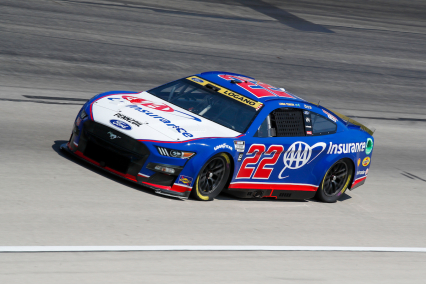 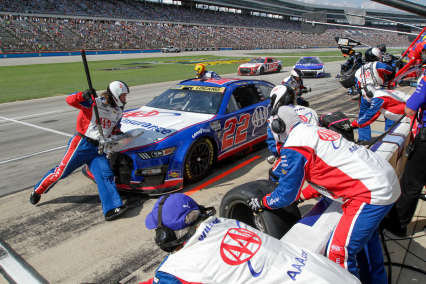 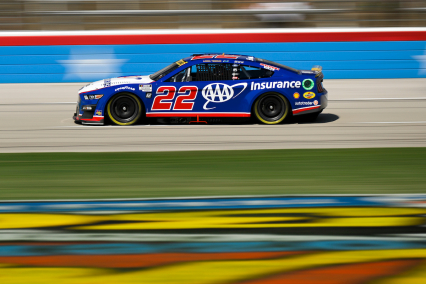 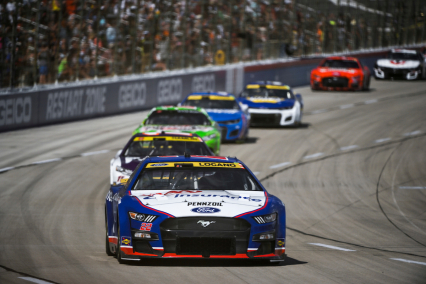 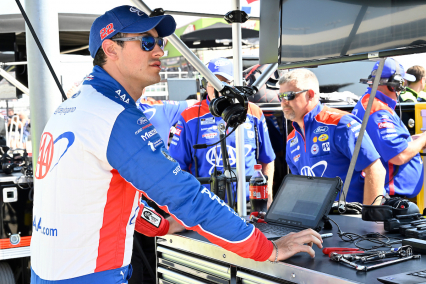 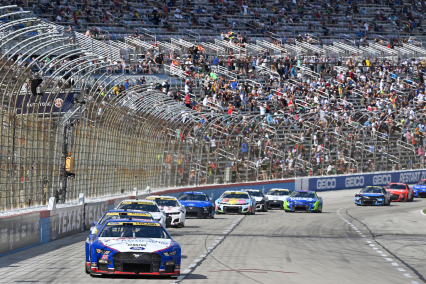 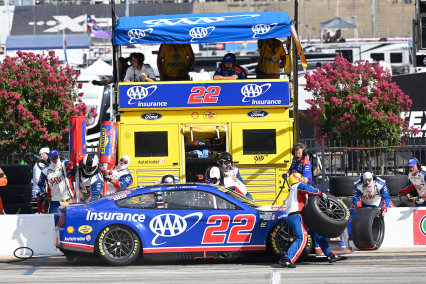 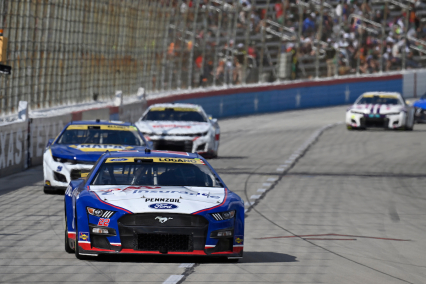 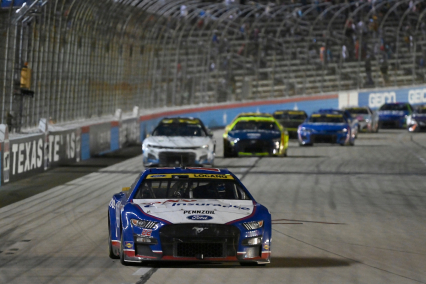 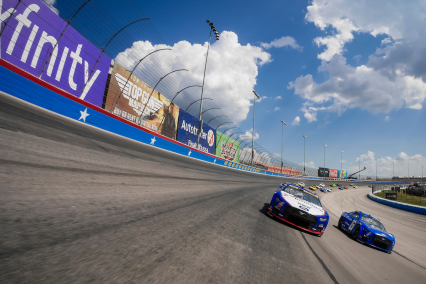 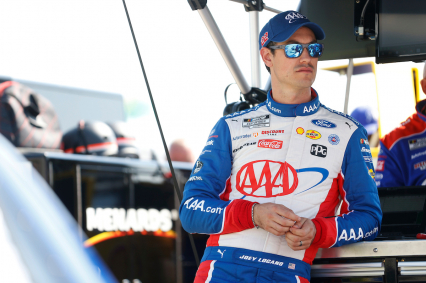