Joey Logano persevered through a wild Verizon 200 at the Brickyard to score a sixth-place finish in the No. 22 Shell-Pennzoil Ford Mustang. After qualifying in the fifth position for the race on Saturday morning, Logano struggled with rear grip throughout the first stage of the race before finishing in fourth to gain valuable points toward the playoffs. Crew chief Paul Wolfe attempted to help his driver with air pressure adjustments to help give the No. 22 Mustang more grip, particularly in the low-speed corners. Unfortunately, the condition continued as Logano lost positions throughout the second stage where he finished 25th. During a wild final stage, where plenty of contact was made among most of the competitors, Logano was able to navigate through the contact to finish in the sixth position.

“It might not have been a pretty day, but we got a solid sixth-place finish for the Shell-Pennzoil Ford Mustang. The restarts were wild, and you had to take driving down into turn one. If you weren’t aggressive, someone was going to be aggressive to you. On that last restart, everyone was just banging off each other, but things parted in front of me, and we were able to make it to the end. Then the car caught fire at the end, but luckily, we were all done by then.” 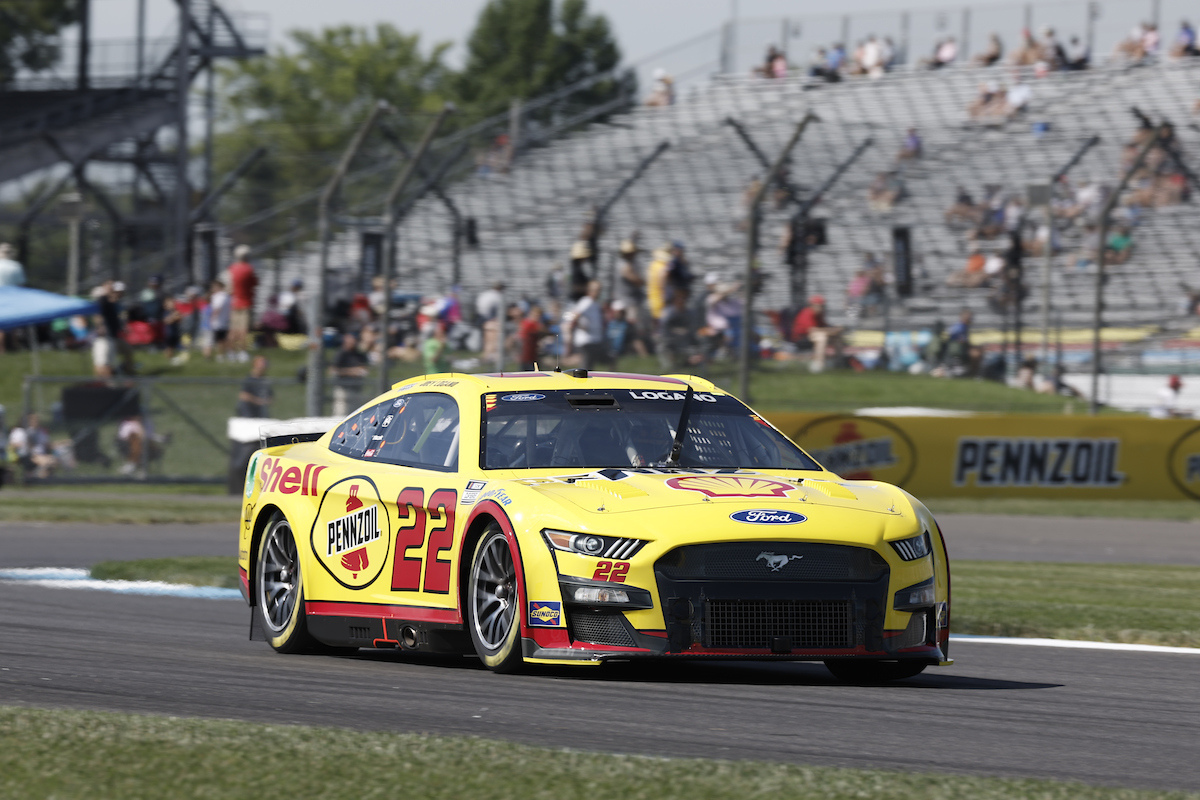 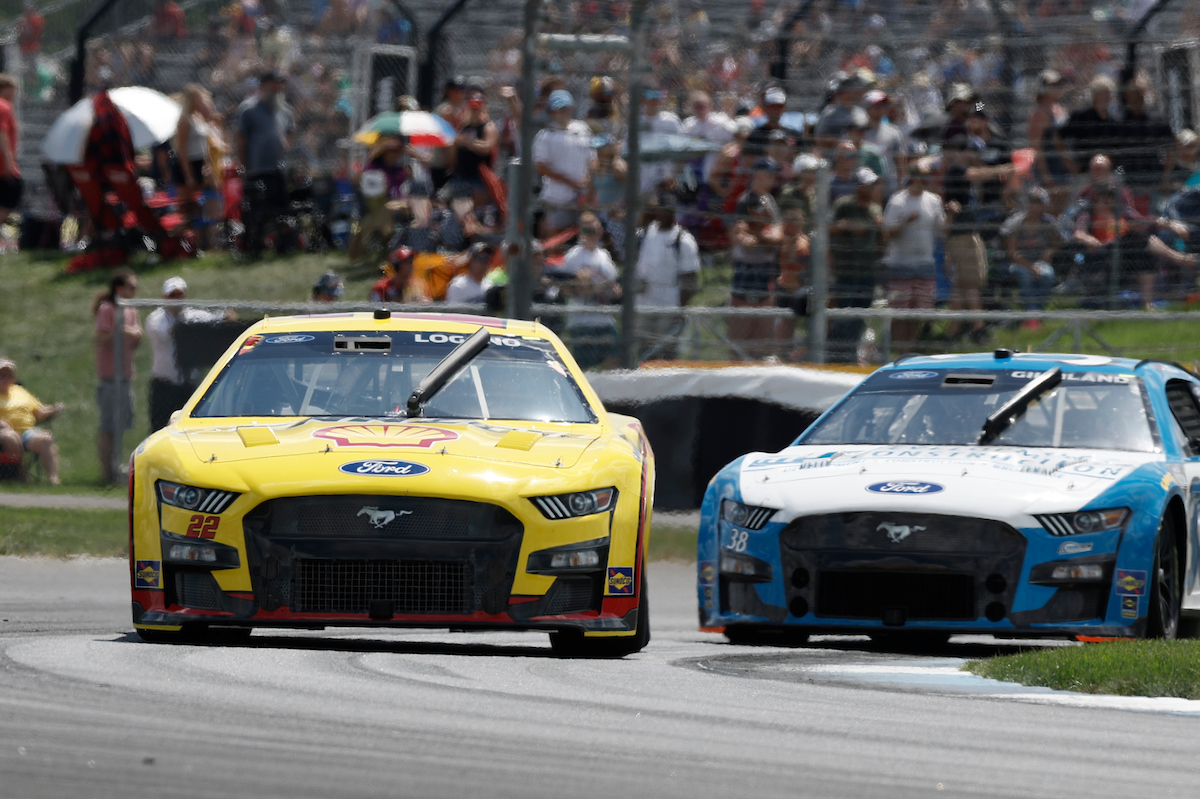 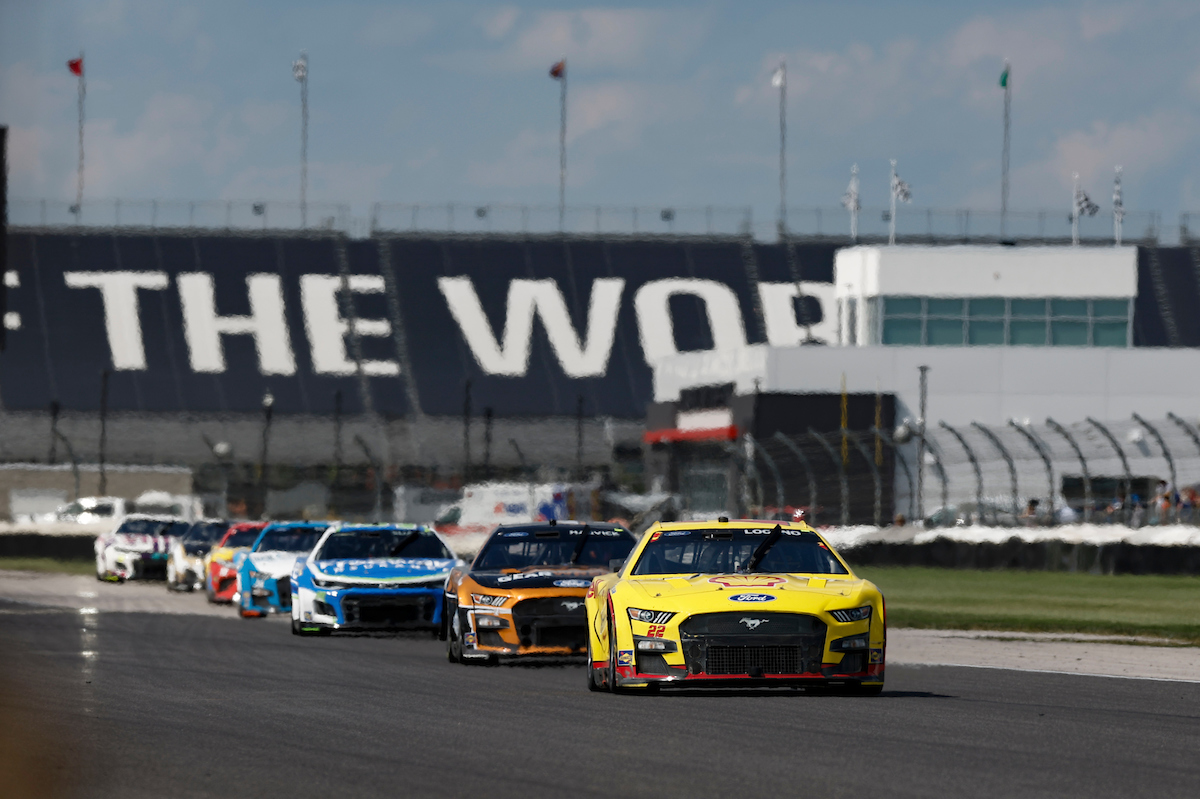 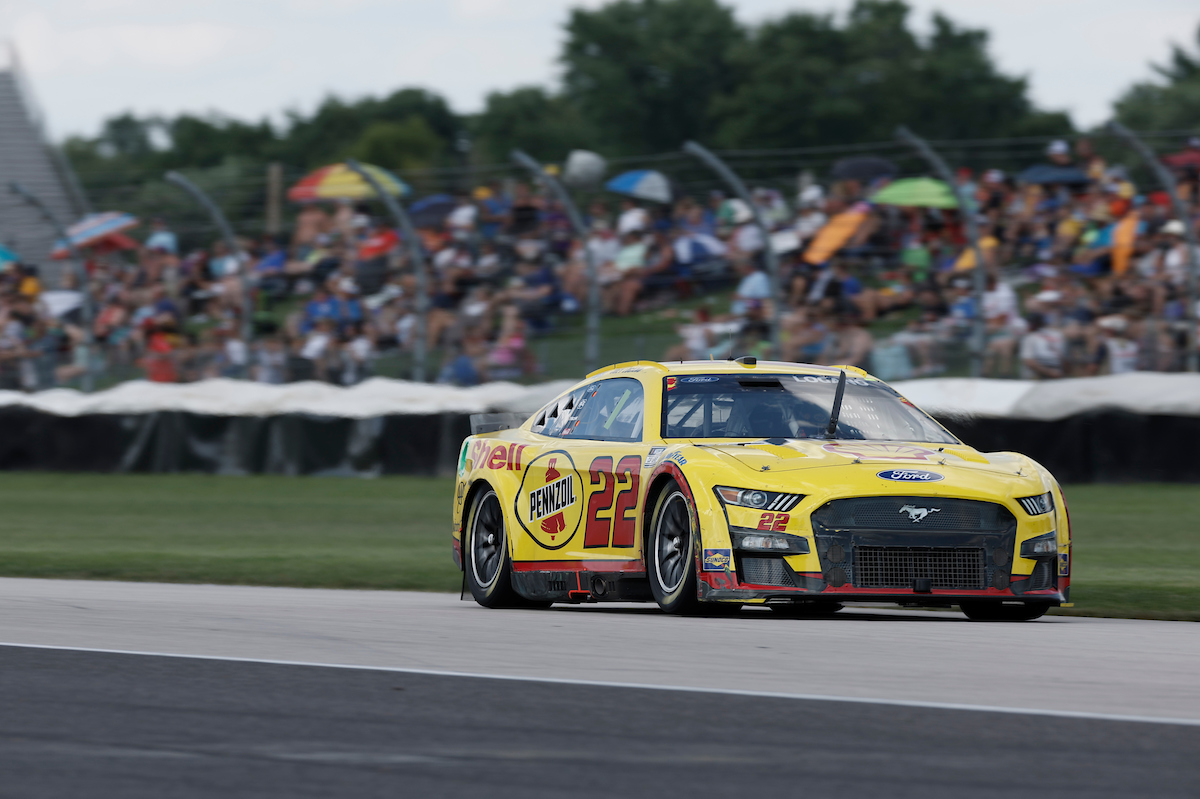 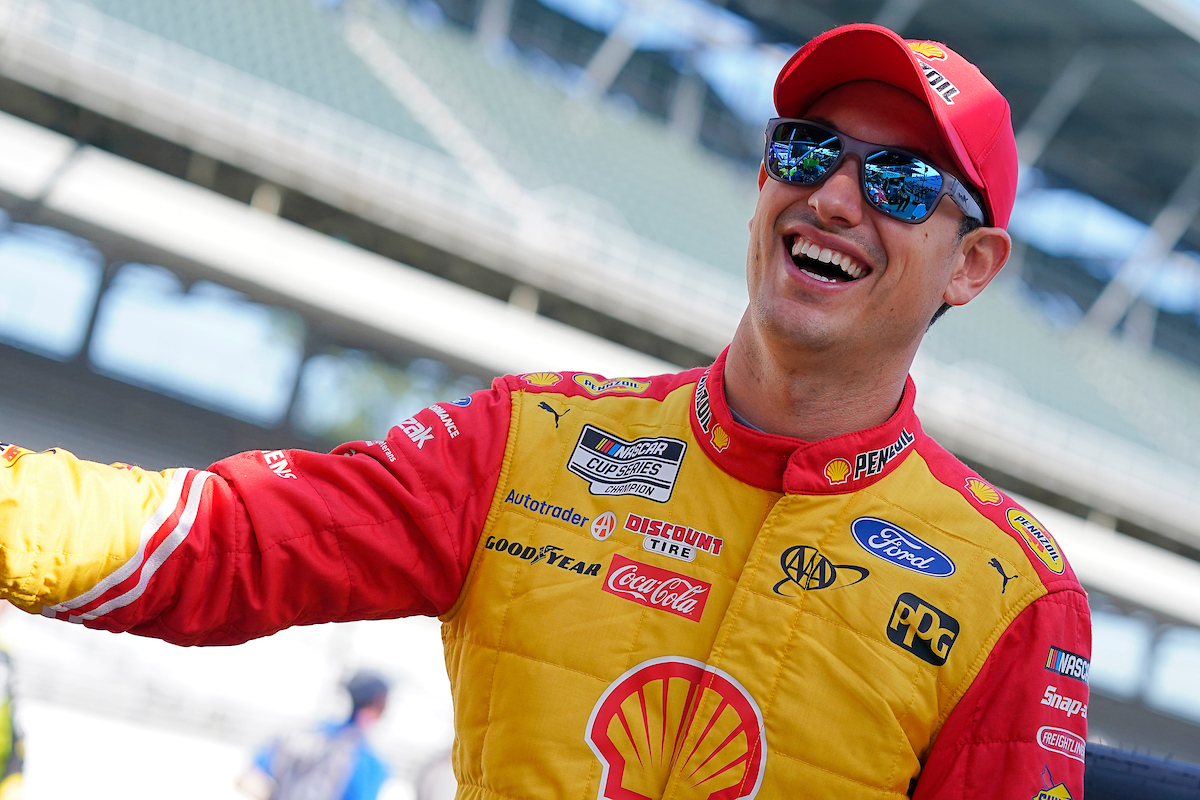 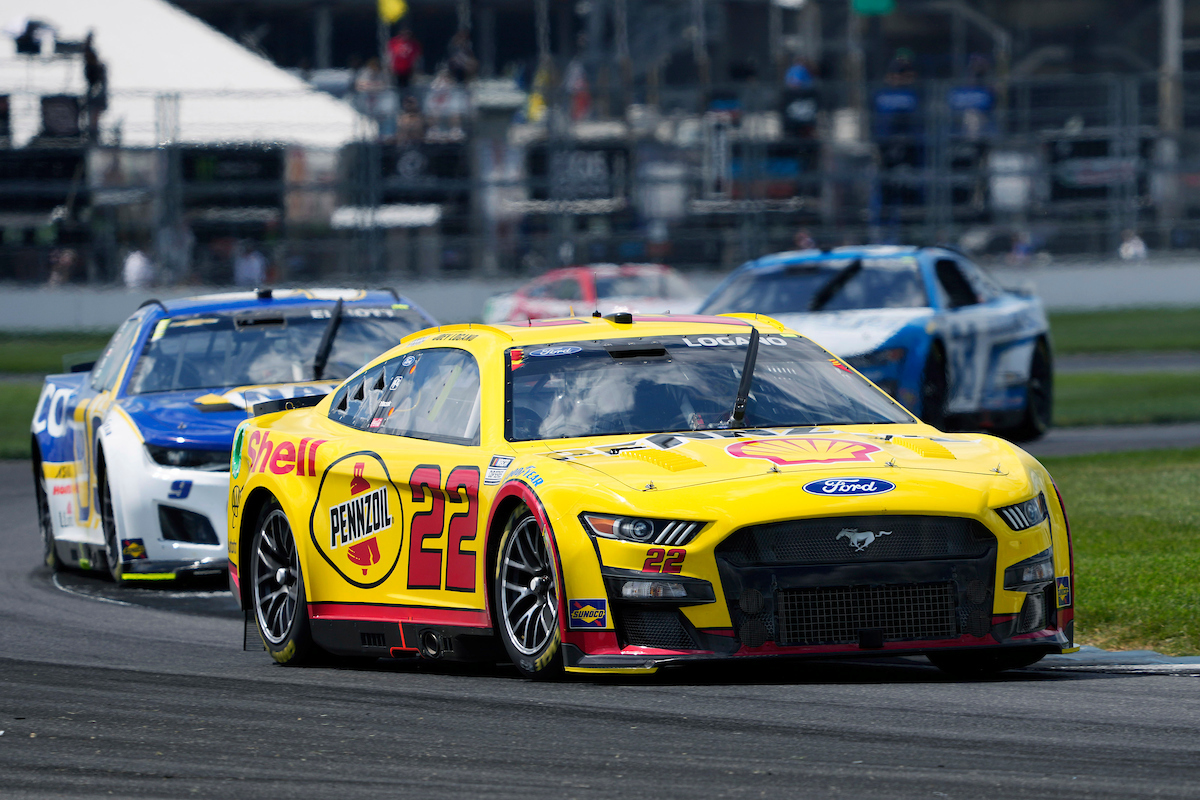 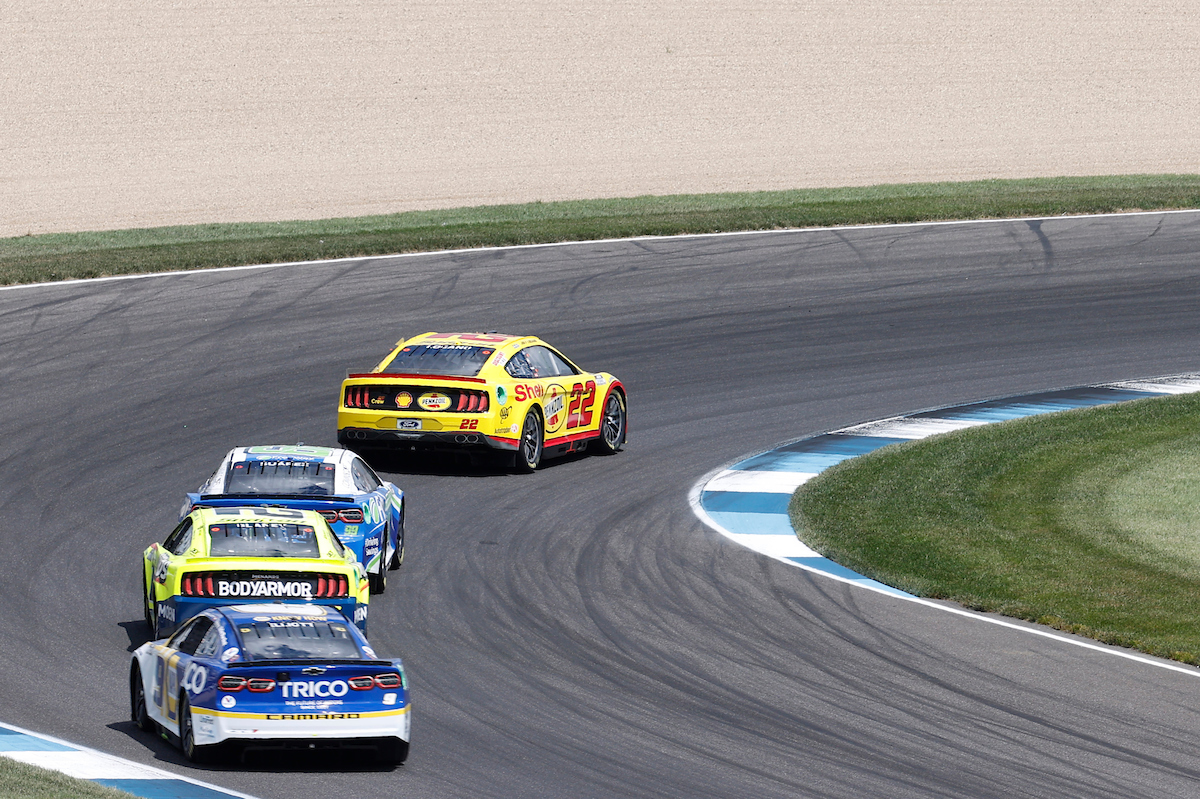 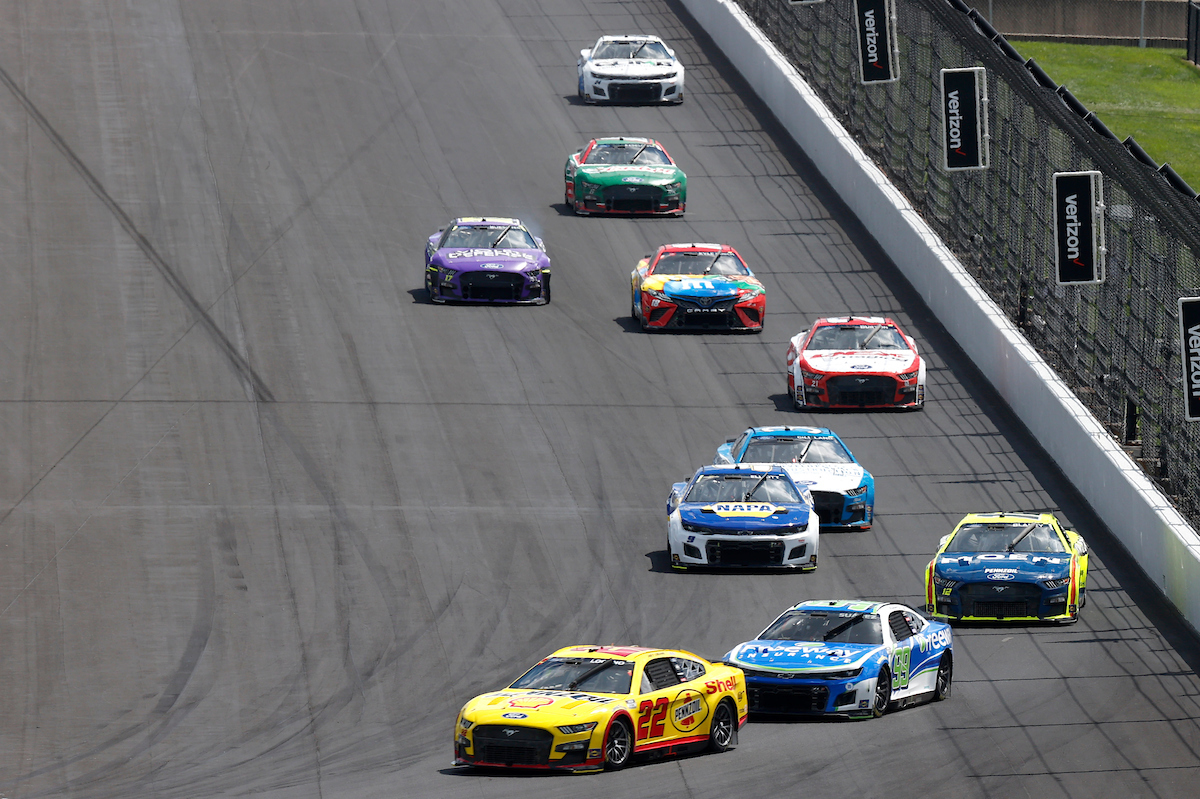 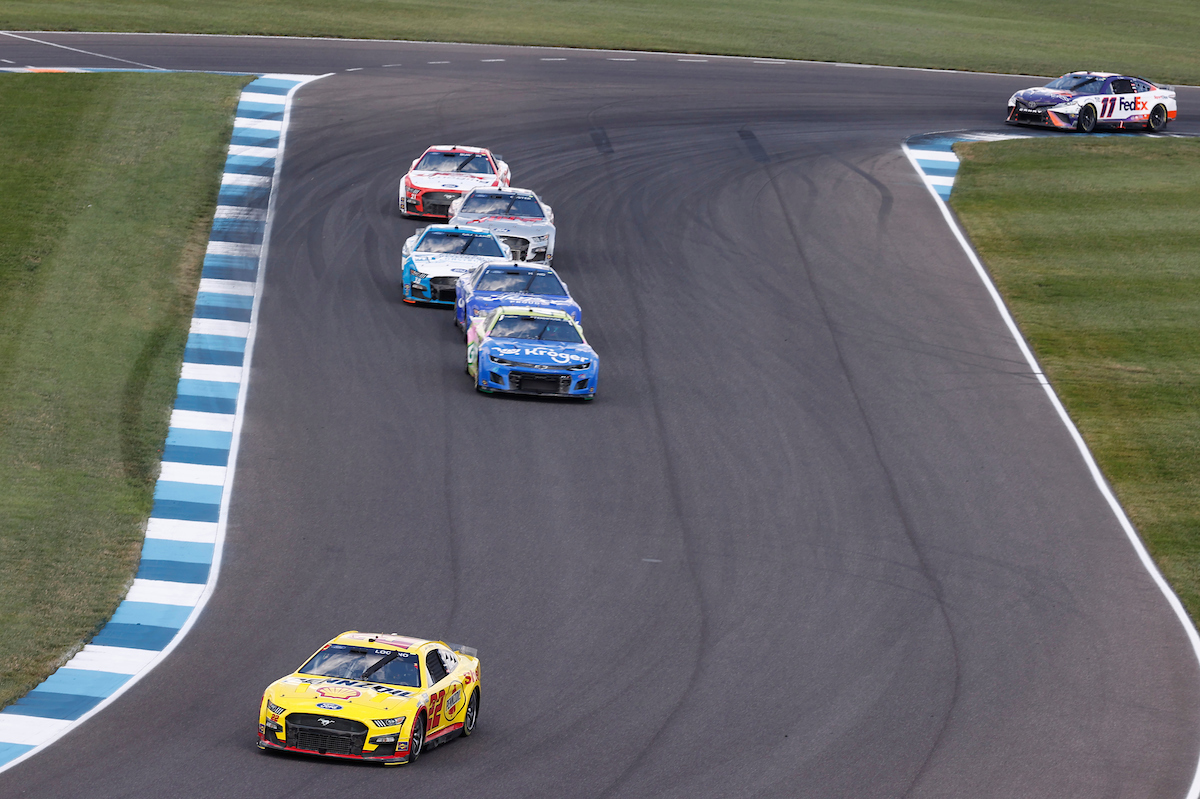 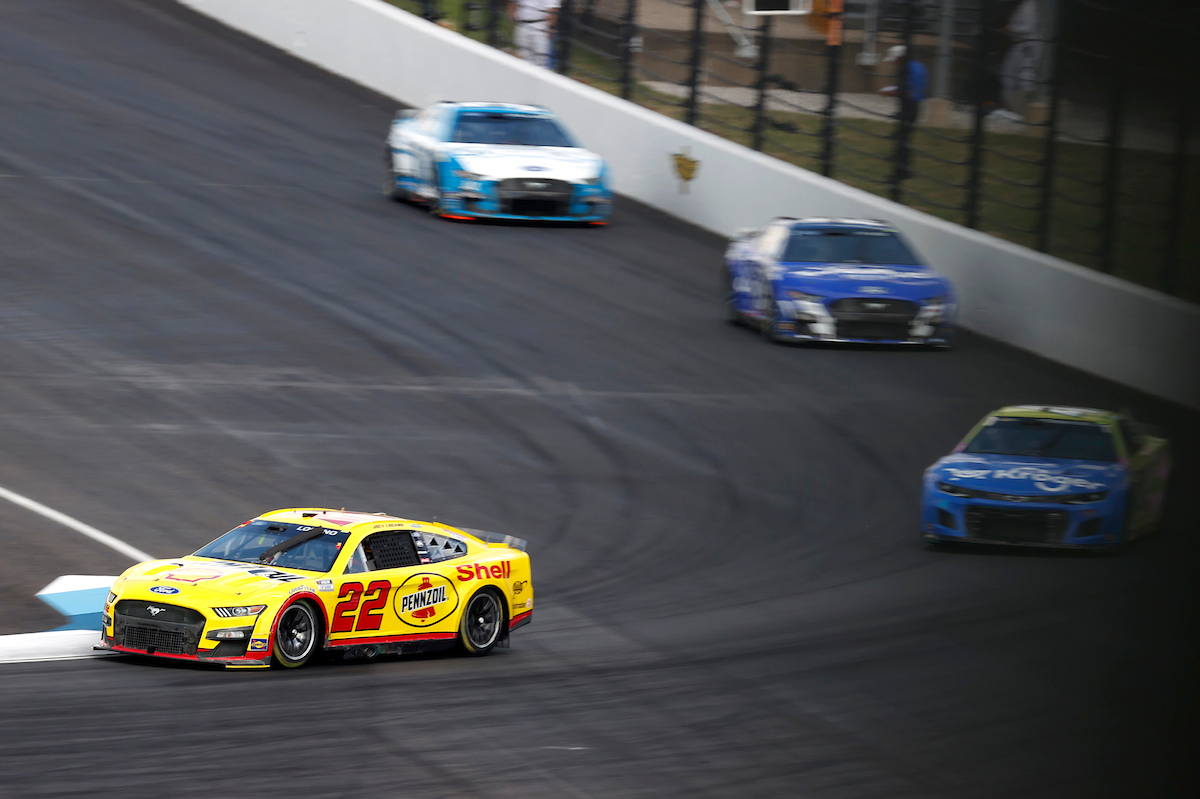 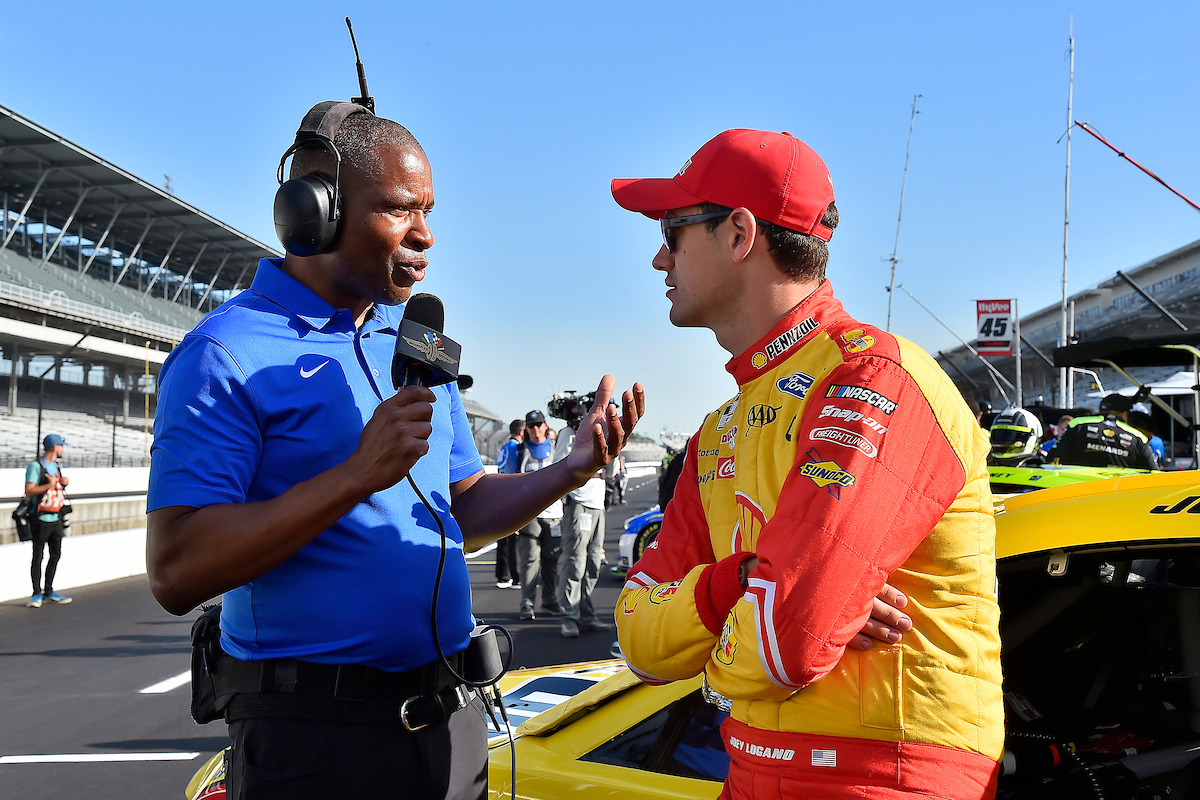 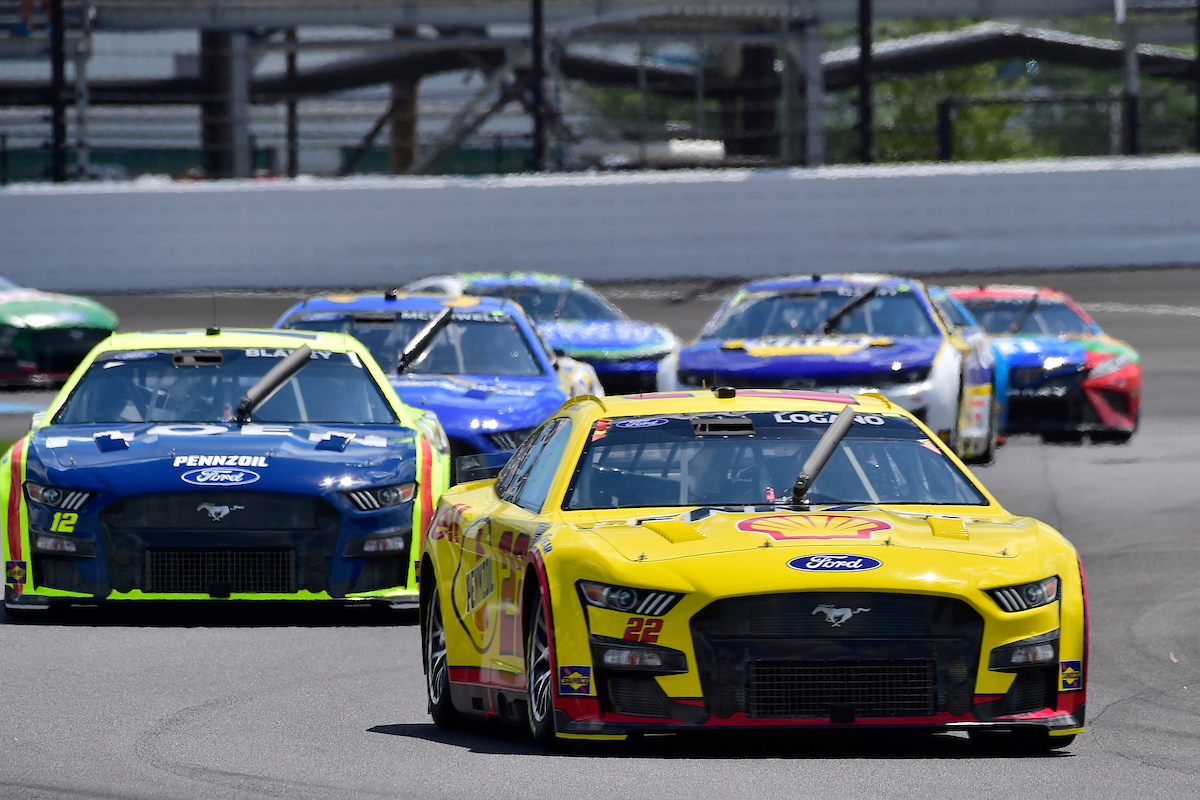 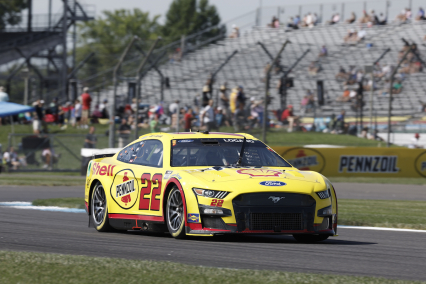 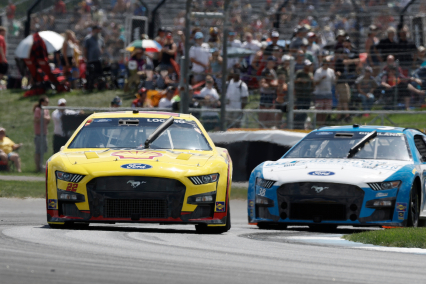 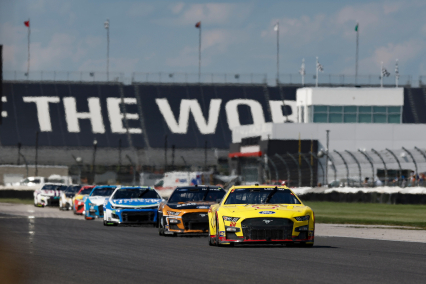 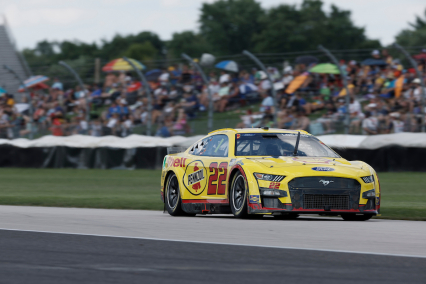 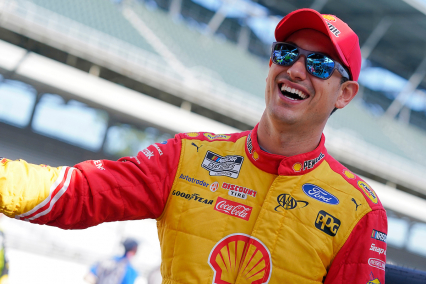 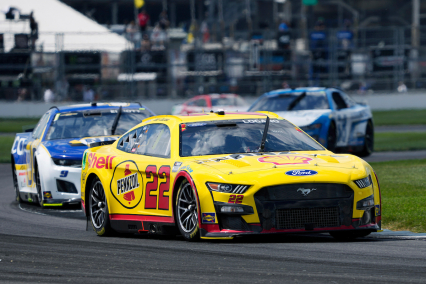 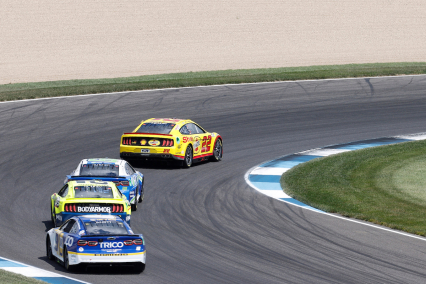 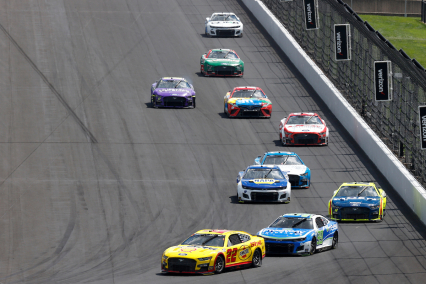 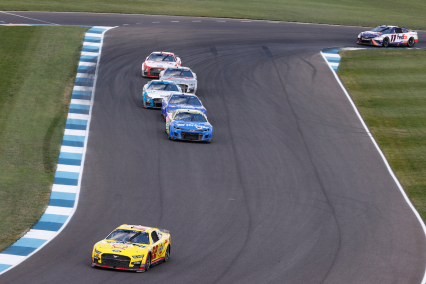 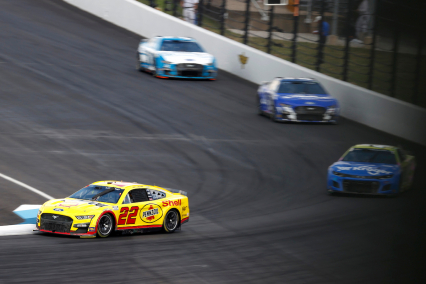 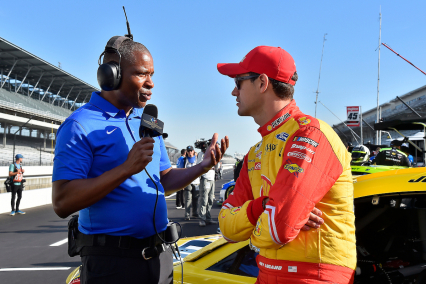 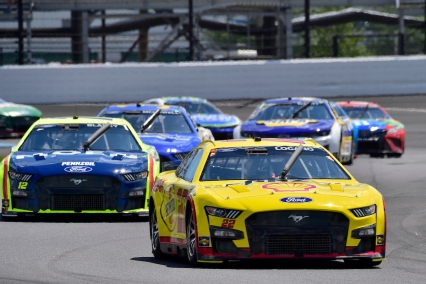