• Joey Logano started ninth and finished 11th on Sunday evening at Las Vegas Motor Speedway in the No. 22 Pennzoil Ford Mustang. Logano battled a tight-handling car for most of the race after starting a little free. Logano will head to Talladega Superspeedway next week for the second race in the Round of 12, six ahead of the cutline.
• Logano started the race and reported the No. 22 Pennzoil Ford Mustang was free most of the way through the corner, prompting a chassis adjustment on the first pit stop at lap 25. Unfortunately, two lug nuts fell off the left rear wheel, forcing Logano to return to pit road and restart at the tail of the field. Logano would run ultra-competitive lap times and work back to the 15th position before the end of Stage 1.
• In Stage 2, a caution flag at lap 93 would allow Logano to bring the Pennzoil Mustang to pit road for a fuel-only stop. This resulted in a fifth-place finish at the end of the stage and six valuable stage points. Logano reported that he was still tight in dirty air, prompting the team to add tape and make a trackbar change.
• In the final stage, Logano continued to run in or near the top-10, reporting he was still too tight in dirty air. At lap 214, crew chief Paul Wolfe called Logano to pit road for potentially the final stop of the race where the team made wedge and air pressure adjustments to the Pennzoil Ford. After the final stop, Logano reported that he felt a loose wheel on the Pennzoil Ford but remained on the track battling for a top-10 finish as the laps clicked away.

“We were better in the daytime for sure. We didn’t capitalize in the first stage with having a loose wheel and starting in the back after that in that stage. We were able to drive back through the field and that was our best run with the Pennzoil Ford. It seemed like as the track cooled off, we lost speed to the field for multiple reasons.” 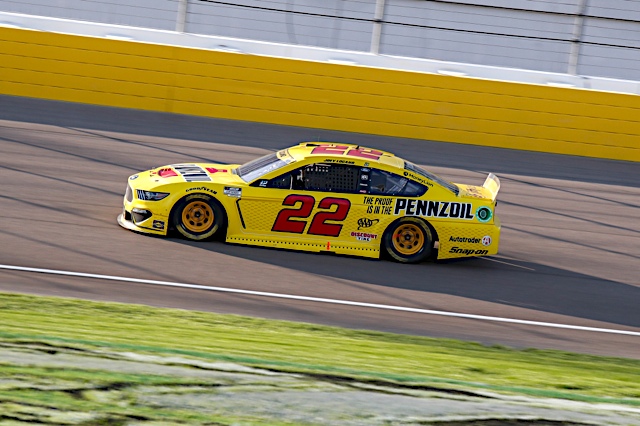 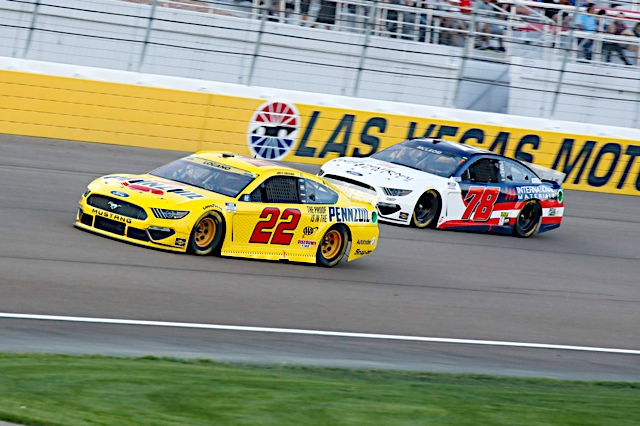 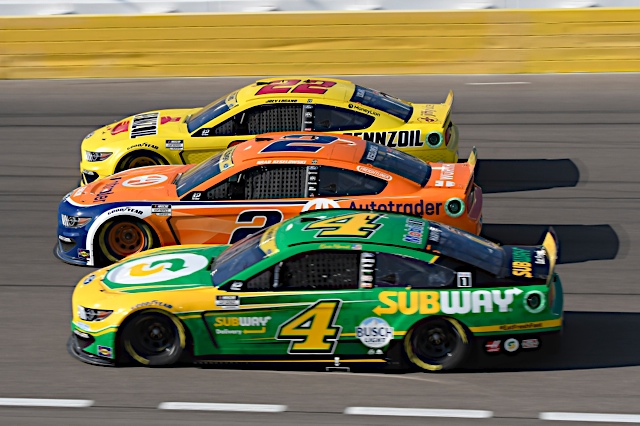 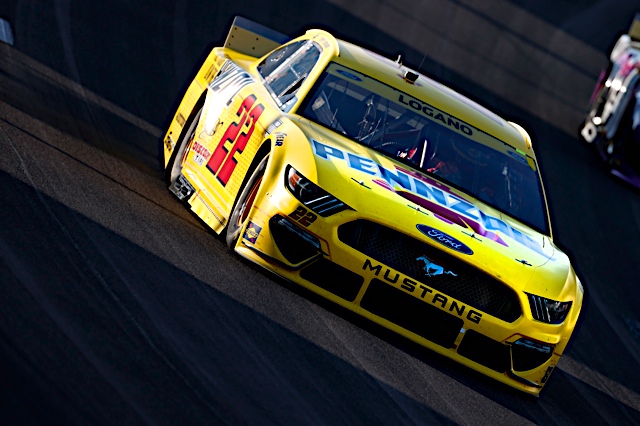 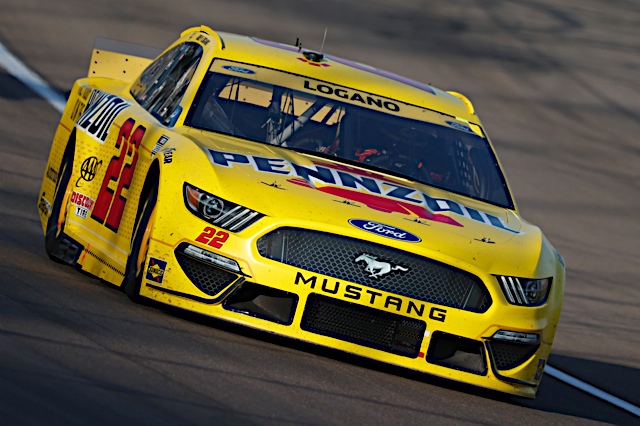 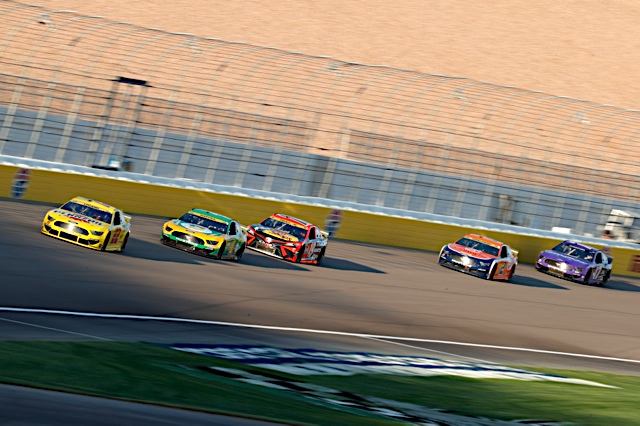 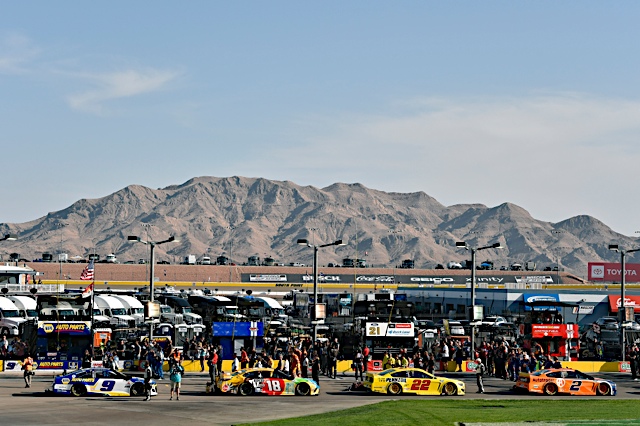 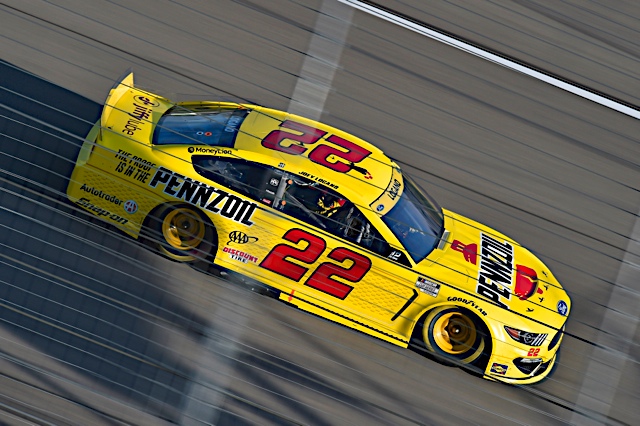 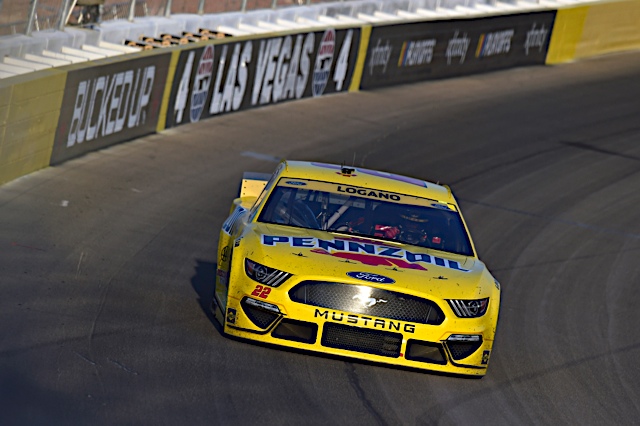 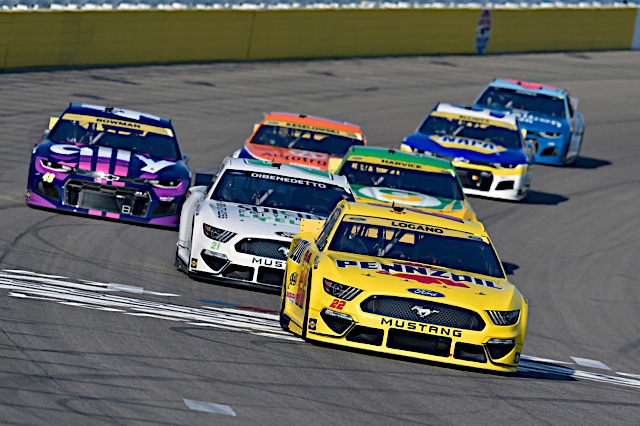 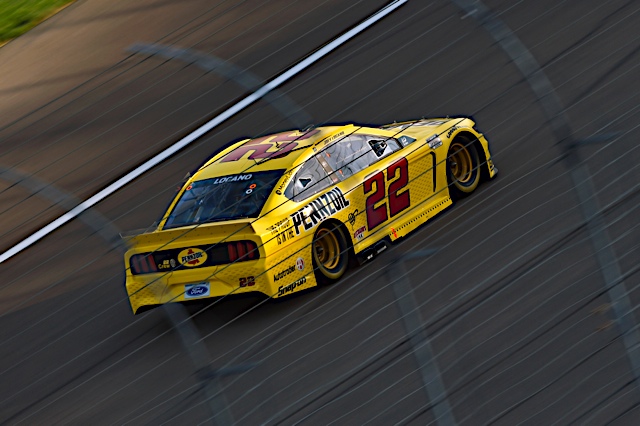 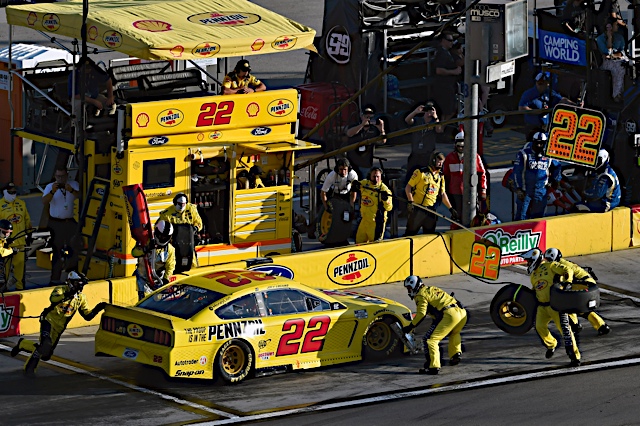 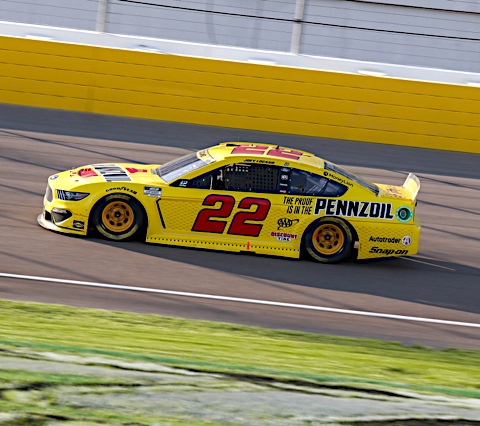 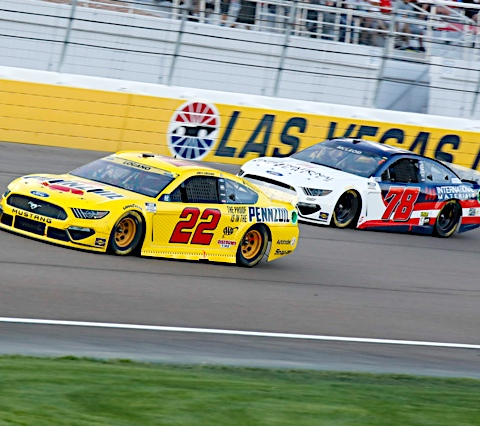 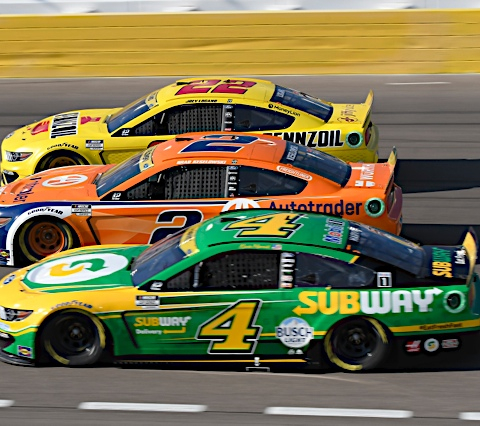 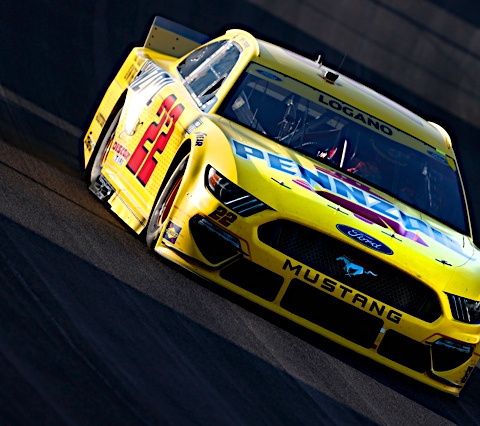 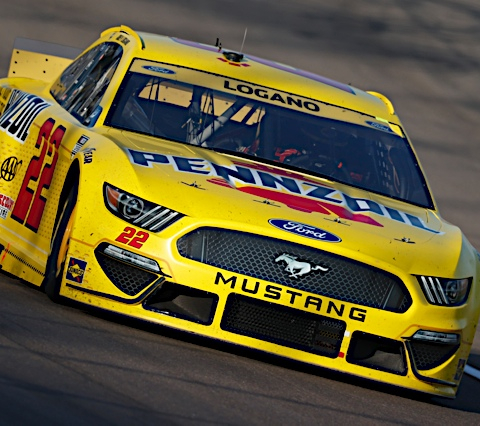 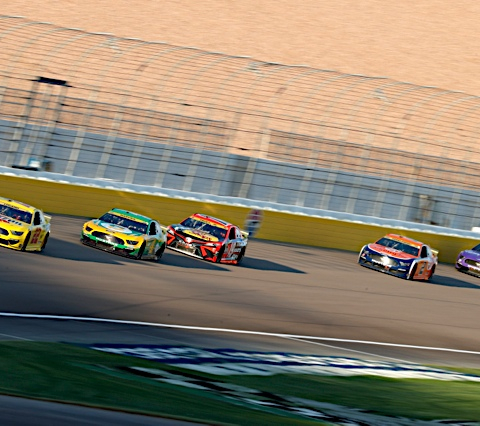 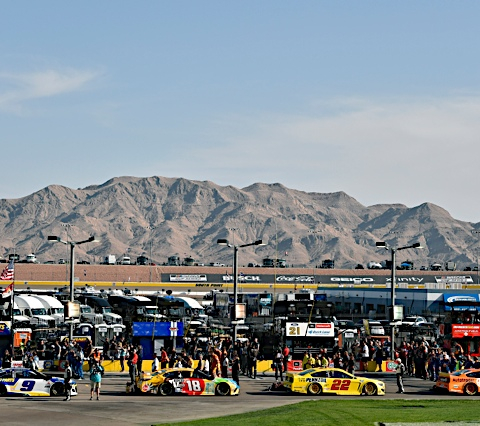 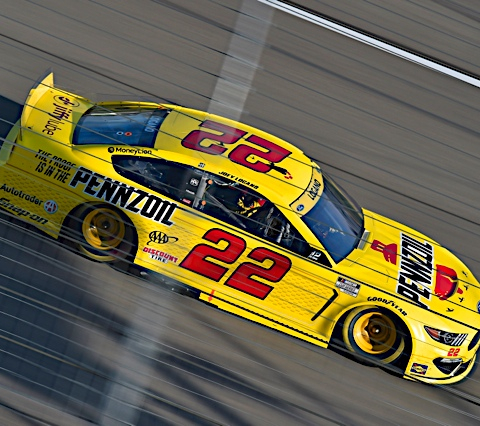 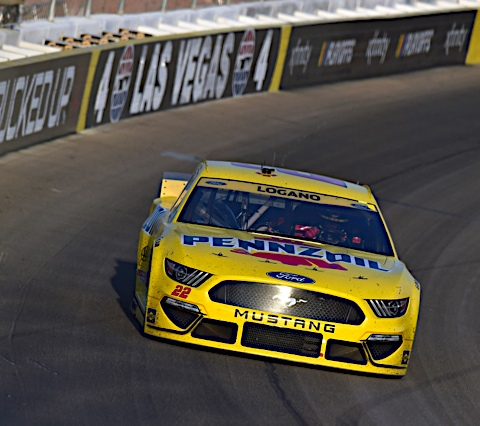 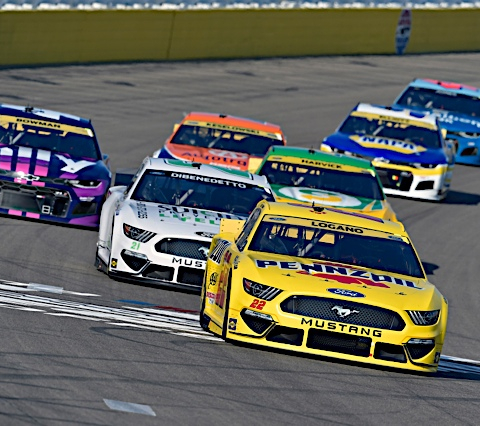 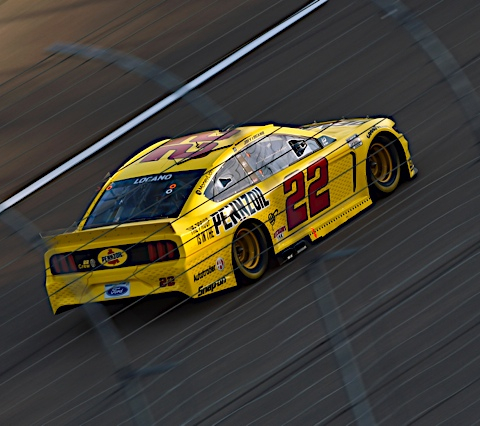 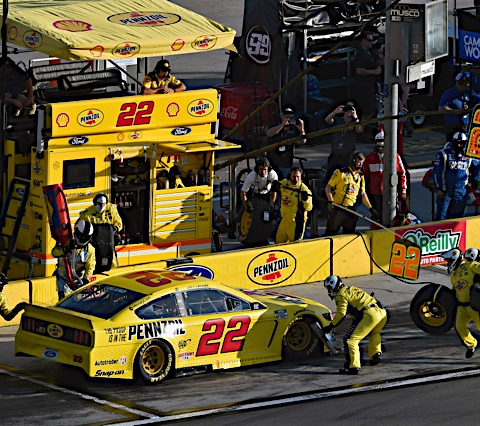